Coast 3-way — does this conform with Code?

For those who aren't familiar, the California or Coast 3-way switching arrangement is a method of wiring a three-way switch circuit that is used when both a switched and an unswitched hot are desired at both ends of the circuit, as seen in this image (taken from the Wikipedia page on three-way switches): 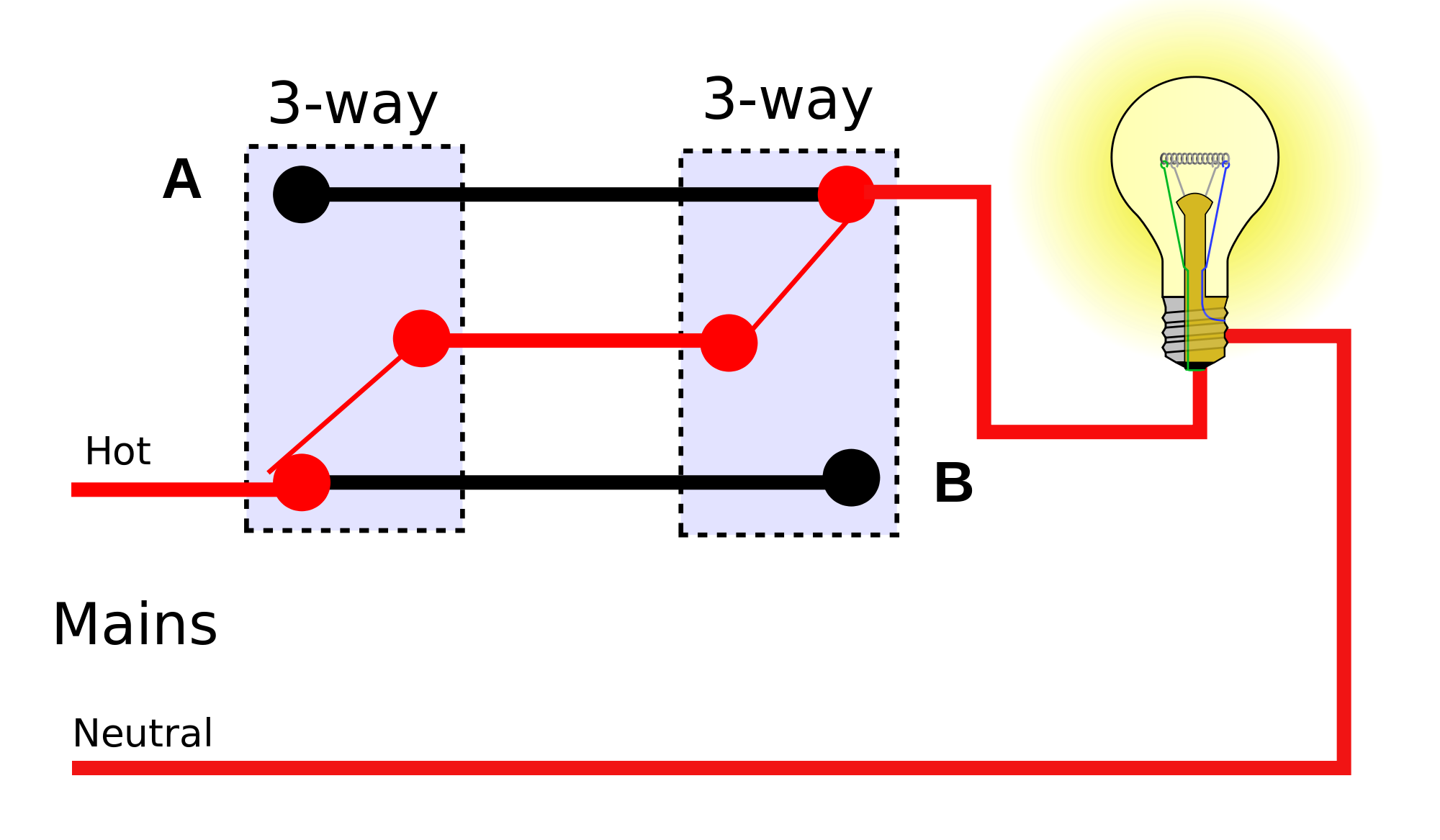 However, it requires two travelers, a hot, a neutral, and an EGC all in the same cable -- and 12/4 or 14/4 NM is a recent invention, as I understand it. Has 14/4 been around for longer than I think, or were Coast three-ways installed with 14/3 and a separate (or no) neutral running with the travelers? If the latter is true, wouldn't they violate 300.3(B) (and a few other Code sections) due to the wayward neutral conductor?

Perhaps I could be wrong on this but when I worked as an electrician in California many years ago, the coast 3 way switching was developed for the following reason. Many homes and offices were wired using steel flex (aluminum came later). Most cities in California at that time had their own electrical code, governed to some degree by the state code and NEC. There were some rules that did not allow you to pull four wires (Conductors) in a 1/2" flex conduit unless one was a switch leg.

By using a coast 3 way the conductors were as follows: one point wire (Common) one switch leg, one Hot and one neutral, with no travelers. Plus of course if you needed a hot plus a switch leg and a neutral at each end, you would have them available. On a standard 3 way switching you would have two travelers (In the UK these are called Strapping wires).

Having a line, switched line, and neutral at each end of a particular switched set of lumenaires is effective when an installer has separated the perm fixed lighting on it's own branch circuit when visibility/safety are criteria in the design due to the possibility of breakers tripping open as a consequence of several variable factors such as required GFCI devices, 80% rated small appliances, etc. I find the incurred cost of 30-40 addn. ft. of 12 or 14/2 nm-b respectively is well worth it compared to the time and labor of installing additional circuits to provide lighting redundancy in the prev mentioned examples. The capability to go from one room to next is also of importance when replacing or installing fixed lumenaires in bedrooms that are already closed-in such as a finished attic(1.5 story). As 4 borrowing another circuits neutral, by rule probably not allowed. Depending on the size of the lighting load, could be trouble, but with light emitting diodes these days, 40 to 60 additional volt amperes on a "barrowed neutral" isn't gonna burn the place down.....

Not the answer you're looking for? Browse other questions tagged electrical wiring switch code-compliance nec or ask your own question.

7
Can two circuits' neutrals be tied together (not a single neutral wire, but two that have been connected)?
0
Does this j-box follow NEC electrical code?
0
Is this GFCI shot?
2
Three-way from two panels
0
Why would three-way switch travelers both show as hot?
0
Dangers of bootleg ground and GFCI?
0
Light Fixture Junction Box with Remote Switch
4
Multi gang switch boxes - Is it okay to keep the same branch neutrals separated for the different lighting/switching circuits?
10
Is this wiring safe and is it according to code?
3
Does this violate electrical code? (UF run plugged into GFCI to use smart outlet)