(Bear with me, I'm a non-native English speaker from a non-English speaking country, so my terms may be a bit off. If anything is unclear, please inform me of this and I'll attempt to clarify.)

I've currently moved into a new house and I have some issues with my heating. My heating system works with water, and at first, I figured it was just there not being enough pressure - as there wasn't - so I decided to raise the bar - if you'll pardon the pun - and it works fine for most of my rooms.

Unfortunately, the bedroom is still cold. I can sense almost no heat coming from it and it makes loud ticking noises from time to time, so I was told to vent the air from the heating system, as likely this would resolve the issue.

Having done some research, however, I run into contradicting information on how to proceed.

2) If not, where do I start? Everything online says 'start at the bottom', but several friends have had repairmen over at their places, claiming the workmen instructed to start at the top of the building in the future.

In a bowl of water, the air goes up, so I guess I can see how that'd work, but their advise obviously clashes with everything I've found online so far.

Could anyone explain this to me?

In the UK, the term I'd associate is "bleeding the radiators", and there will be a little valve at the top of each radiator to release trapped air, something a little like: 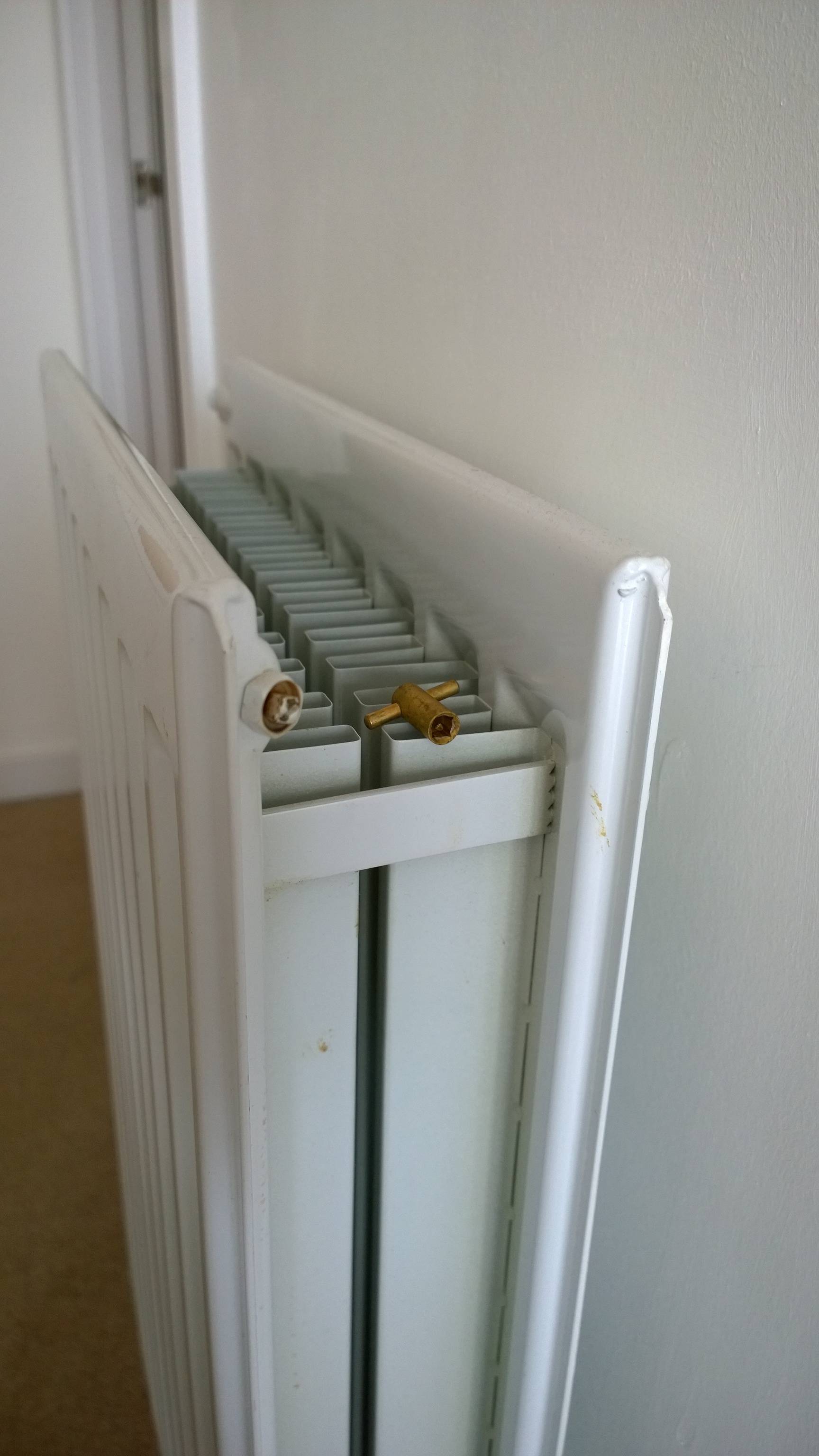 These are typically operated with a "bleed key" (the brass object resting on the fins of that radiator), or sometimes the valves are also slotted for use with a screwdriver - they typically require less than a quarter turn to operate, and you'll either hear the air hissing out, or see water dribbling through - Always have a cloth or rag held close and tight to the radiator as water will come out once the air has gone.

With regards to picking an order, every system is different, and you'll come to learn which radiator tends to fill with air first (so in my case, it's the one on my upstairs landing, next to the hot water cylinder cupboard, but in my parents house, it's the one in their downstairs hallway). As the system is new to you, it may just be a case of doing each in turn.

You should check the pressure after bleeding, especially if there was a significant amount of air trapped.

Not the answer you're looking for? Browse other questions tagged water heating venting or ask your own question.