How should I attach the grounding conductor for a replacement switch?

I'm attempting to replace an old Leviton light switch with a new Lutron dimmer switch that connects to our house's Wink system. The old switch had 3 black wires attached to the light switch and no ground wire. 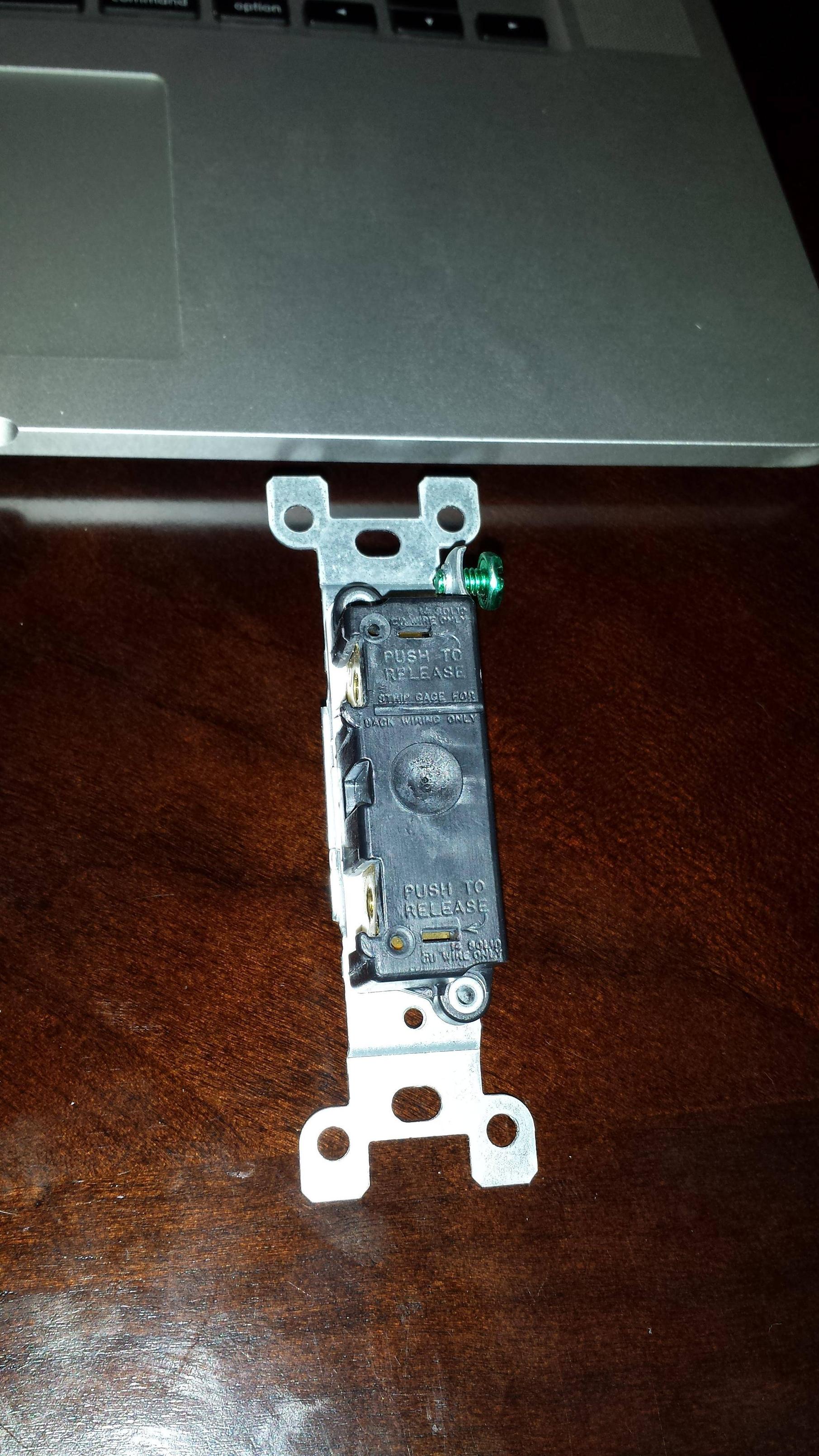 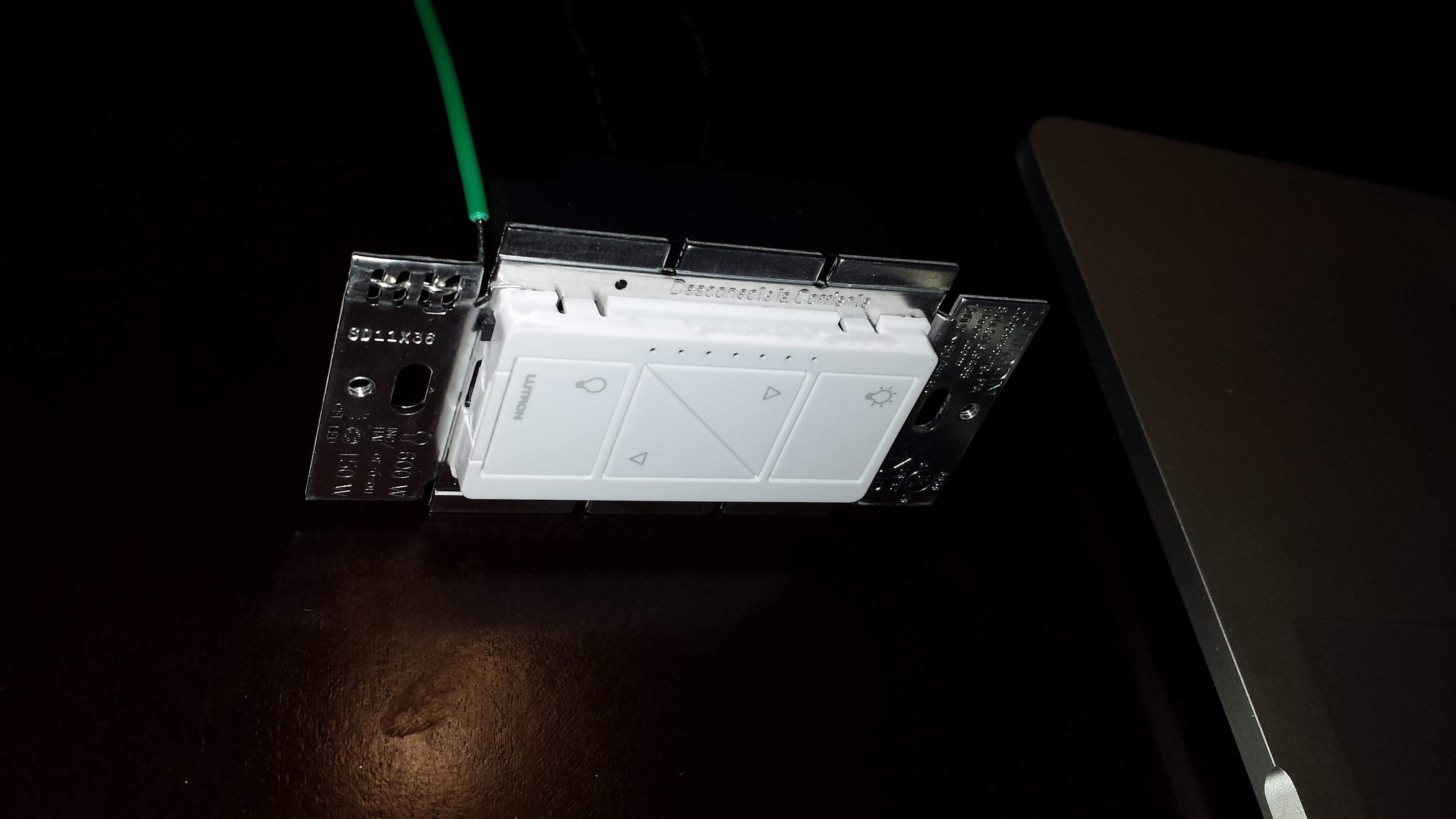 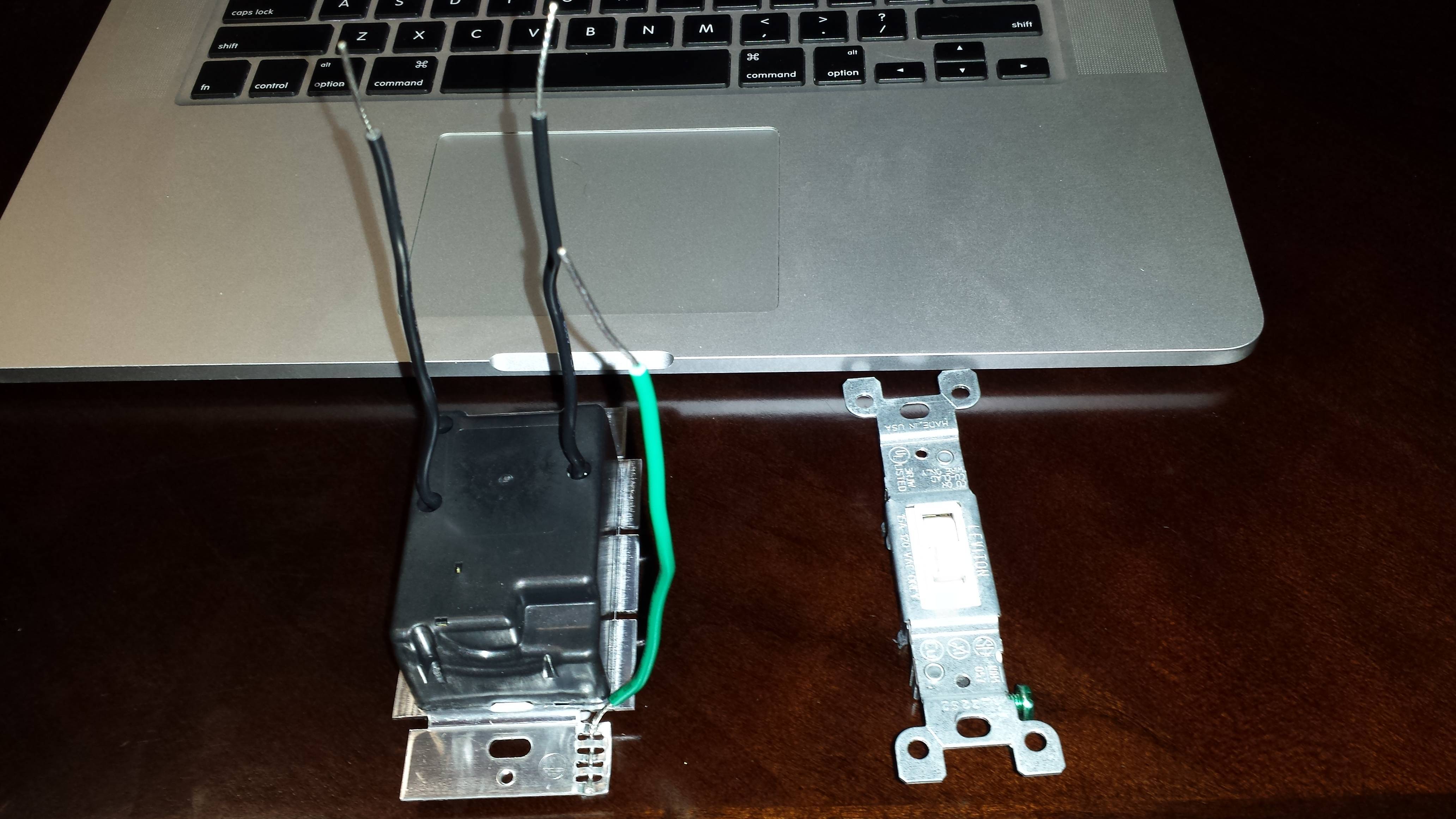 Upon further investigation, the box appears to be grounded itself. There is a bare copper wire screwed to the back of the box. 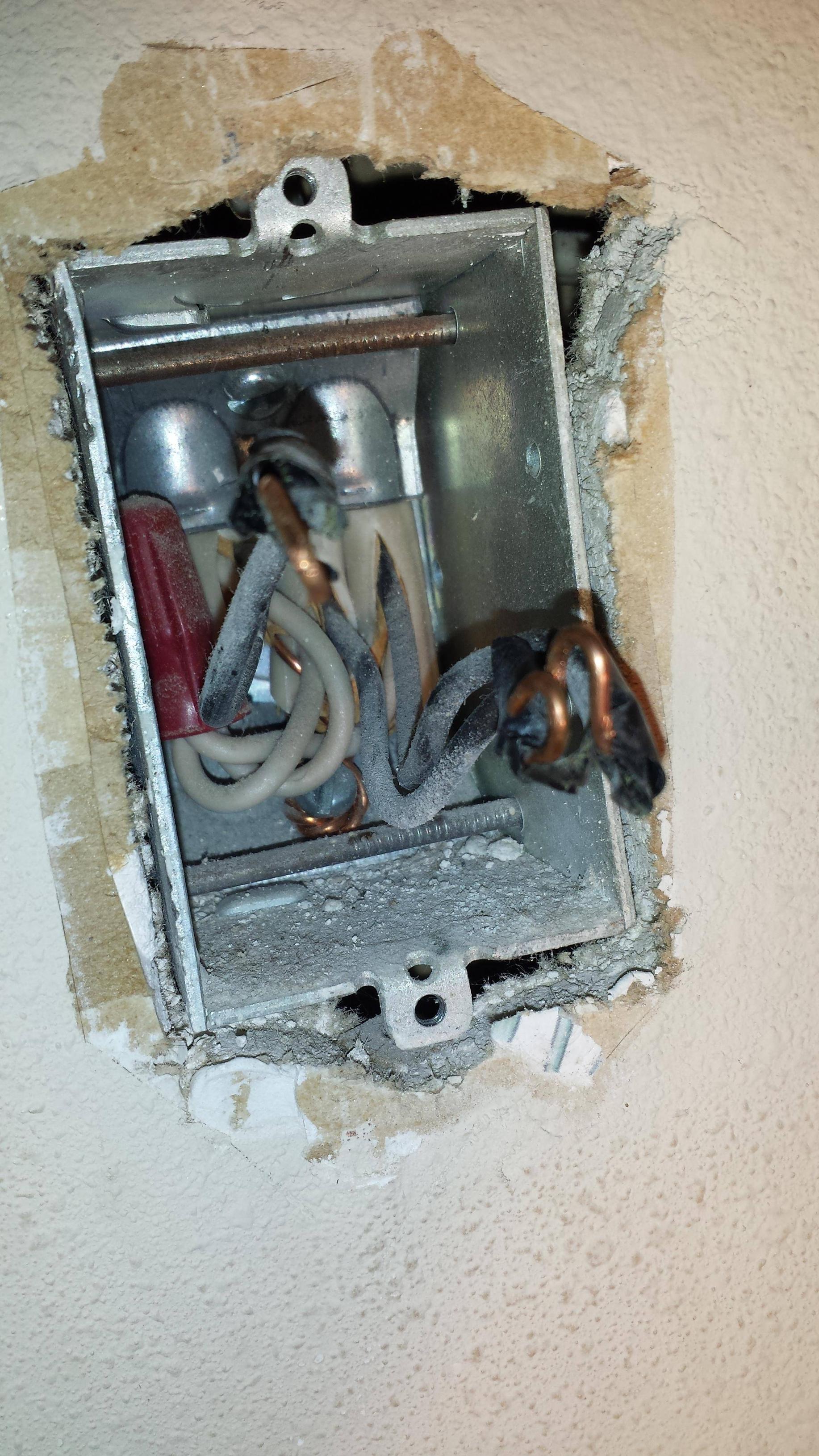 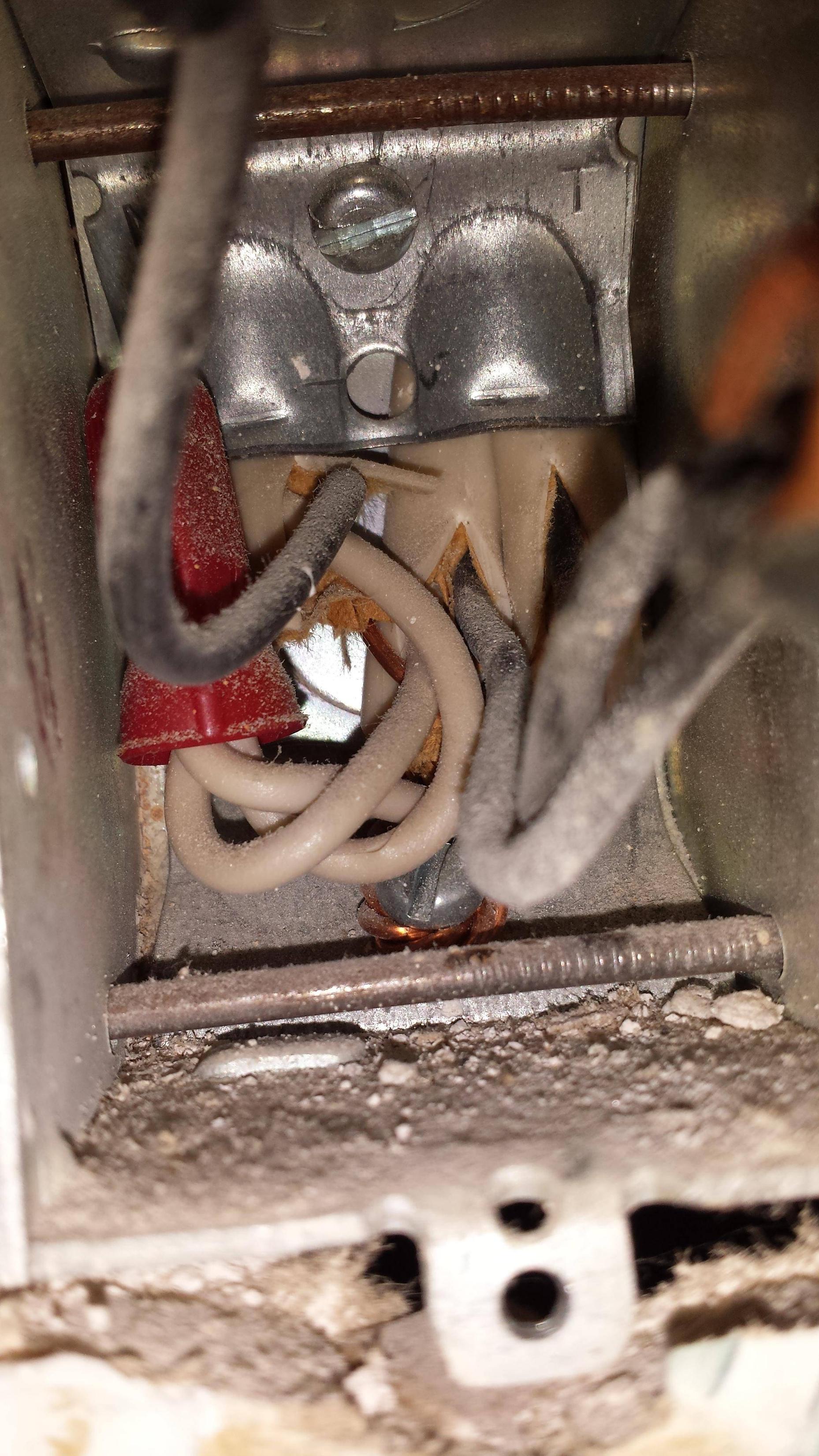 Since it appears the old switch was grounded via the box, can I just ignore the grounding wire on the new switch and let it work the same way?

All the pics are hosted in an album here for easy viewing as well.

You would be best advised to shut off all live power feed to this box. Then pull the existing bare copper GND wires out of the back of the box and add an additional bare copper wire pigtail to the bunch. Then reattach to the box with the proper green grounding screw.

The new pigtail will get wire nutted to the green wire on your new dimmer switch using an appropriate green twist on wire nut.

You do not need to attach the green tail to the grounding wire in the box. By properly attaching this device to a properly grounded metallic box you are inherently providing an adequate grounding path.

Snap switches, including dimmer and similar control switches, shall be connected to an equipment grounding conductor and shall provide a means to connect metal faceplates to the equipment grounding conductor, whether or not a metal faceplate is installed. Snap switches shall be considered to be part of an effective ground-fault current path if either of the following conditions is met:

Not the answer you're looking for? Browse other questions tagged wiring lighting switch dimmer-switch or ask your own question.

8
How do I stop a dimmer switch from humming?
0
Replace "powered" dimmer switch for old (1950s) house
0
4 black wires for light switch
2
How can I connect a smart switch lead wire to a screw eye loop from the old switch?
0
Why would there be an additional cable in double gang box for 2 light switches?
2
How should I connect my dimmer switch?
2
Installing sensor dimmer to replace bathroom light switch beside fan switch
2
Replacing older Leviton dimmer with new Lutron different wiring
2
How should I go about connecting a switch's ground wire to this apparent grouping of ground wires?
2
Help: Replacing a Leviton Dimmable switch with a Regular Switch