How do I hook up a water line to the ice-maker on my old Frigidaire fridge?

I am trying to hook up the ice maker for an old Frigidaire fridge, but there is no line running out of the back. When I opened the access panel I found the water valve but unlike newer water valves there is a screw on port that is about an inch wide. Does anyone know what to do? 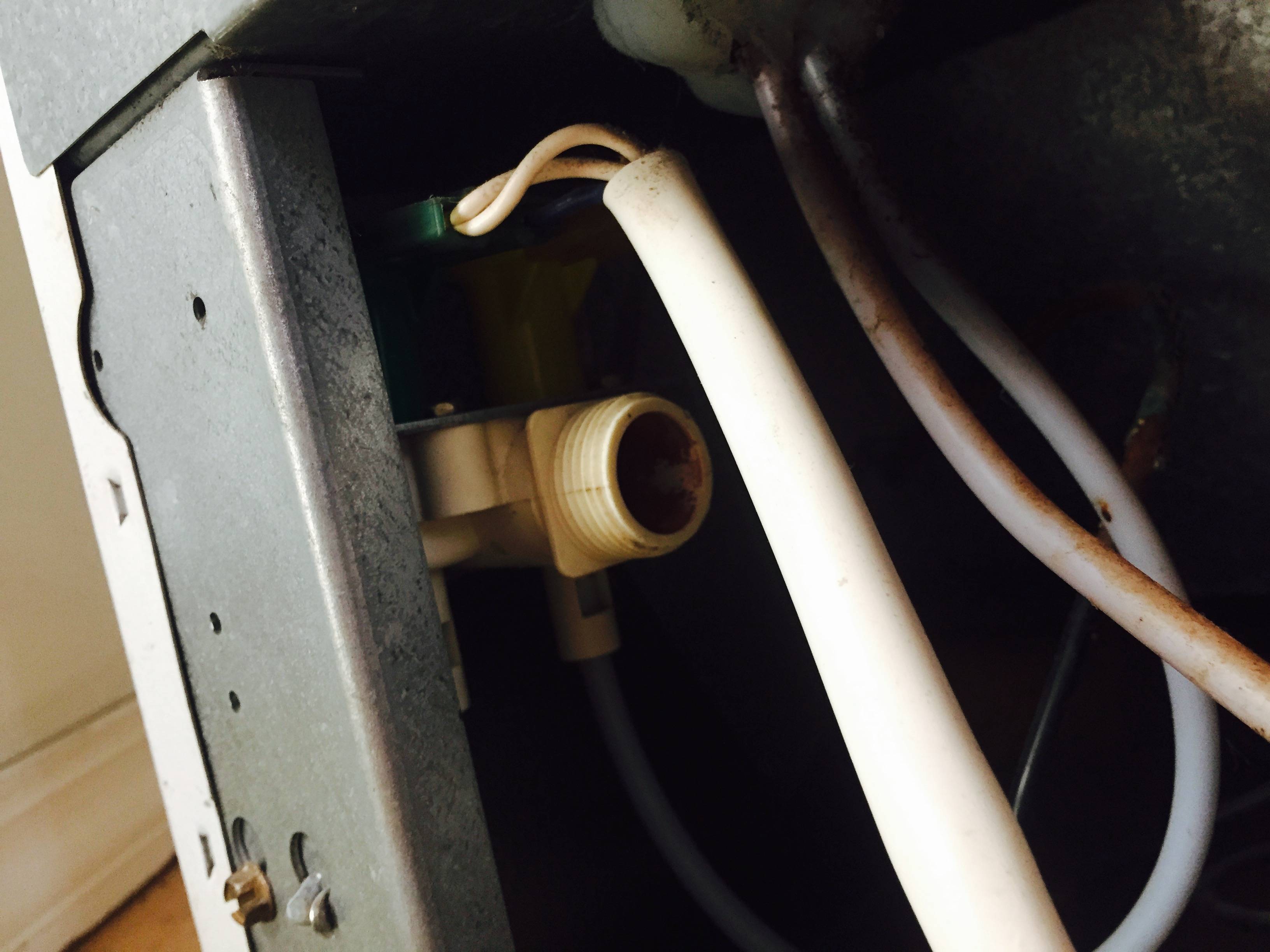 I would use a 90 FPT (female pipe thread) by compression fitting (or build an equivalent from an elbow and a compression adapter), since it looks kinda cramped right there: 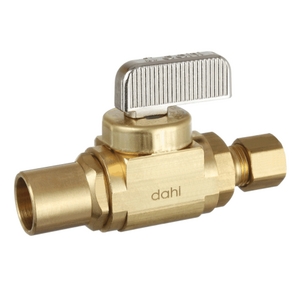 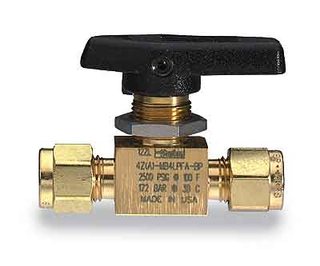 Which is best depends on the layout and accessibility. It can be pretty handy to have a shut-off valve behind the fridge, so in case something leaks/breaks you don't have to run to the basement to hunt for a valve somewhere, but at the same time, I wouldn't personally hook up a line using a compression fitting without a valve immediately upstream. Nothing is wrong with two valves of course (other than cost).

Not the answer you're looking for? Browse other questions tagged water appliances refrigerator valve ice-maker or ask your own question.

1
What can I do about a saddle valve that won't turn on?