I wanted to replace a dimmer switch on a wall outlet that had 3 switches next to each other. The dimmer was in the middle. There were 3 wires I disconnected from the old switch - green for the ground, a red wire T'd with wire nut with a black wire attached, and a black wire T'd with wire nut with a black wire attached. The dimmer I bought had no wires attached only color labels to tell u where which wire is suppose to go. I put the black wire from the wall to the black label on the dimmer. I put the other wire (red) to the yellow label on the dimmer. Green to green. When I turned on the power and tried the light the fixture to the left shorted out. What did I do wrong? 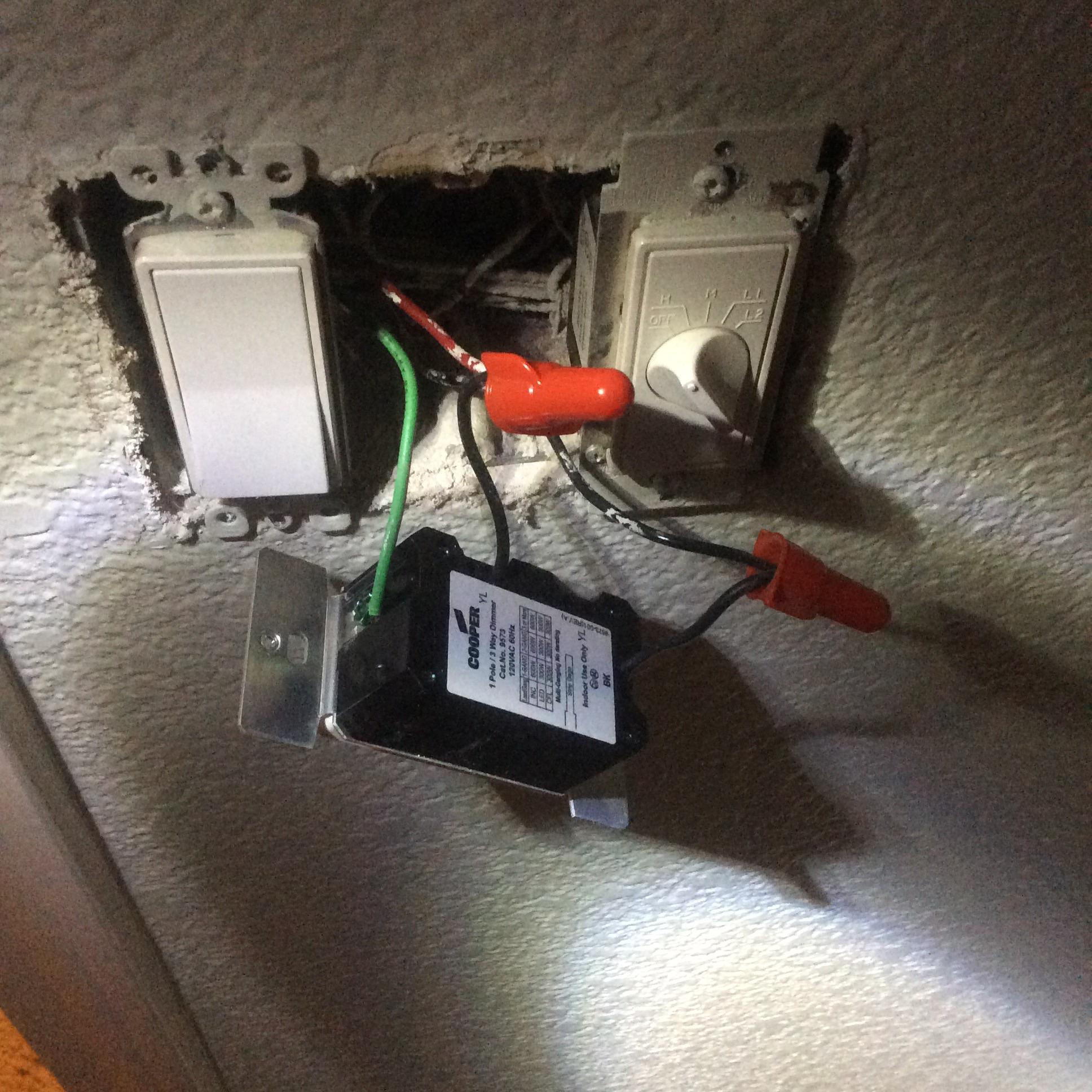 I can't be certain what you've actually done here but I do know what you have there, whether it's the new or old one, is a 3-way dimmer. Sounds like it'd be the new one because the old one doesn't sound like it was wired as a 3-way is done having only 3 wires (g,r, blk).

A grounded 3-way switch has 4 wires: a ground, a feed from the source or return to the light, and two travelers. What you had originally doesn't look like a good fit for the new one.

Why is it shorting out? Could be a number of reasons. But you'll probably have to clarify what you mean by the fixture to the left as we have no clue of where/what that is. It's most likely either the way you've wired it or contact between metal parts and wires in the box seeing as it looks pretty full. It may not be anything you've changed as far as the wiring and may be the shifting of the wires. Perhaps the bare ground is now sitting on a wire that has a bit of wire exposed out of the wire nut.

A couple things you could try:

In the end, if I'm correct in assuming you have the wrong type of switch, I'd return it for the correct one, it should be cheaper and then it will be a correct match.

If the switch on the left shorted out you must have made the bare ground touch one of the screws on the switch.

Is it safe to assume you tried it with the dimmer hanging out as in the picture?