I've been to almost all local DIY stores, asking for an adapter, but they have no clue where I can find such a thing!

The diameter of the new tap is 1/2", and the shower head attachment has the two M22 internal, and M24 external threads.

We previously had fit M24 thread by just pushing and squeezing the tap head into it (which is possibly unlike the intended use), but that was fitting the tap perfectly well and it was functioning as expected.

Could you advise me what/where to look for to find an adapter/solution to this problem?

P.S. We cannot replace the taps again, because we've rented this place and the landlord doesn't care about our shower head attachment.

As you can see in images below (A1 & A2), when you turn on the tap, the water comes down as expected normally; now if you press the button on the shower head, it'll disconnect the water running down to the basin through the tap, and will direct it to the hose and the shower head.

What he had previously done was to squeeze the tap into the M24 head on picture D and that was working; but now I need some adapter that will allow attaching either of these to a 1/2" thread.

In case you need to learn more about the details of this product, you can see the manual here. 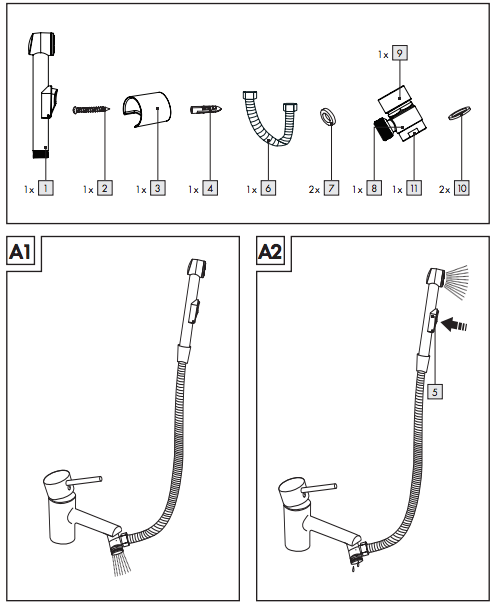 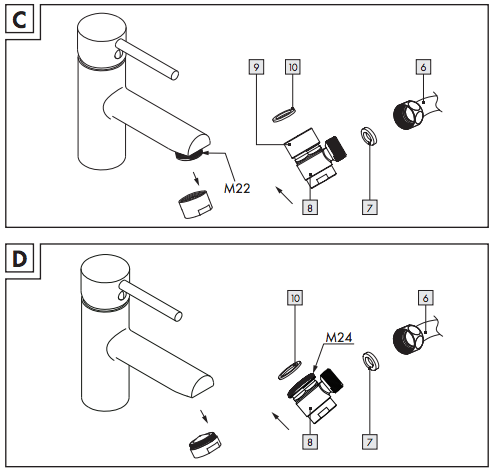 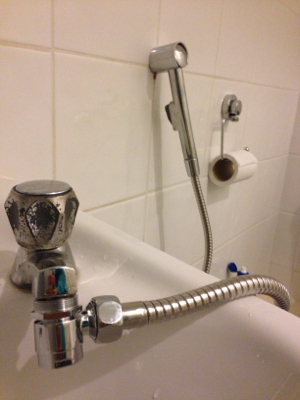 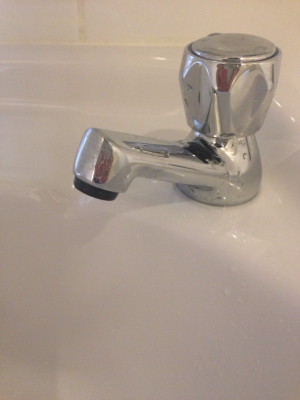 Can you make this adapter work?

This one converts a male 1/2 inch thread to an M22 size. You can see it for sale at this web site.

Not the answer you're looking for? Browse other questions tagged plumbing plumbing-fixture taps or ask your own question.

0
Is There a DIY Way of Fitting This Attachment to My Bathroom Tap?

2
Why is there no hot water from sink tap unless shower or bath has been run?
6
Are either of these tools suitable for tightening the pipe union nut underneath a bath?
2
What is this bathroom basin tap connection and can I replace it myself?
1
Help name or identify tap valve without rubber.
1
Water taps open and running water when I come home
0
Is There a DIY Way of Fitting This Attachment to My Bathroom Tap?
2
How can I reduce temperature of a hot water tap without adjusting the boiler?
0
How to move nut that is corroded onto tap?