We have a 15x15 Interior wall and would like to use exposed brick, We have stained concrete floor 2x6 walls (This is new construction) We would like to use real brick or Pavers and split them in half due to the weight and to go further. Any suggestions to install such as Backerboard and Tie-ins? Thanks

Even 'half bricks' up 15' vertical is going to be a massive amount of weight that may require additional support underneath. In addition, splitting bricks in half is no easy task. You're going to end up paying a whole lot in labor to do that.

Instead, you'd want to use a brick veneer. Which is 'real' brick but very thin: 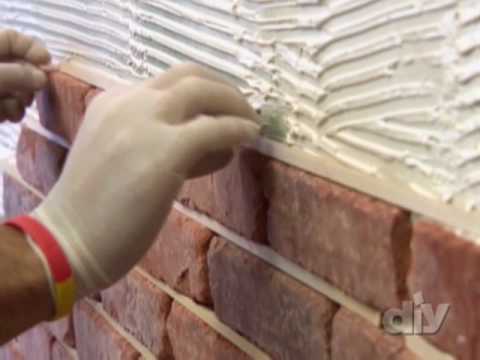 They go on essentially like you would tiles. The other benefit compared to 'half bricks' is that you won't have to mortar the joints to the same extent to make it look right.

Not the answer you're looking for? Browse other questions tagged brick interior or ask your own question.

2
How to fix broken brick staircase?
2
Can I use cement instead of paint for interior walls?
1
Old brick foundation walls, 125 years, need repointing and/or plaster finish. What is best method and materials to resurface these old bricks?
1
Can I add thin brick veneer directly to interior plaster
1
How feasible is a brick veneer fake wall?
0
Can I apply full-sized brick to an interior wall if shared with a fireplace?
1
Finishing around brick veneer fireplace