Another puzzler. I have a Lennox CBX26UH 3-ton air handler with the 2-stage, 3-element 15kW electric heater option.

The problem, as in the title, is that the system, when power is applied, is always on and always heating, even if the thermostat is set to off, cool, or even completely disconnected. The problem started when we switched over to heat for the first time in the late fall. The first few times, resetting the breakers solved the problem, but now it's totally stuck. I've tested the thermostat with a multimeter, and it appears to be in perfect working order (I would like to replace it anyway, as it doesn't support two-stage heat, so the yahoo who installed the new heater, instead of upgrading the thermostat, wired the primary heat demand to activate both stages, which is likely why we've been paying $400 a month in the winter to run the thing).

Further testing in the heater itself has led to two separate culprits; the blower relay, and the first-stage heater relay. Both of these are normally-open DPST relays, actuated by demand from the thermostat, but both pairs of switched terminals on each relay are reading continuous even with the system completely disconnected from power and the thermostat removed. A third relay, the sequencer for the second stage, reads open as expected.

For further reference, the wiring diagram can be found on page 20 of this manual: Heating And Air Parts - CB26UH Manual. The blower relay is bottom center, while the faulty sequencer relay is Sequencer 1 just above the center of the diagram.

I guess my question is, how likely is it for two relays to fail closed at practically the same time? That sounds extremely unlikely, but not impossible especially if one failure (say the sequencer) caused the other. If this kind of failure is common, I'll just look up the replacement parts. If this failure seems fishy, I might keep looking or see if I can find someone doing a deal on heater repairs.

EDIT: So it turns out the blower relay isn't faulty. I disconnected it and tried the continuity tests again, and this time one pair is discontinuous while the other is continuous, and that's what the circuit diagram shows should be happening (at least that's what I think the slash through the plates in the relay means, that it's been shorted, which along with the jumper on the opposite side from the supply lugs means that as long as the first coil is on, so is the blower, which is exactly the symptom I'm seeing).

The culprit is Sequencer 1. I removed the heater assembly so I could get better access, removed the sequencer and tested again, and the top switch contacts are continuous. Looks like a heat-related failure, which is kind of expected of a component in, well, a heater.

So now to find a replacement sequencer. Here's a pic of the top of the relay: 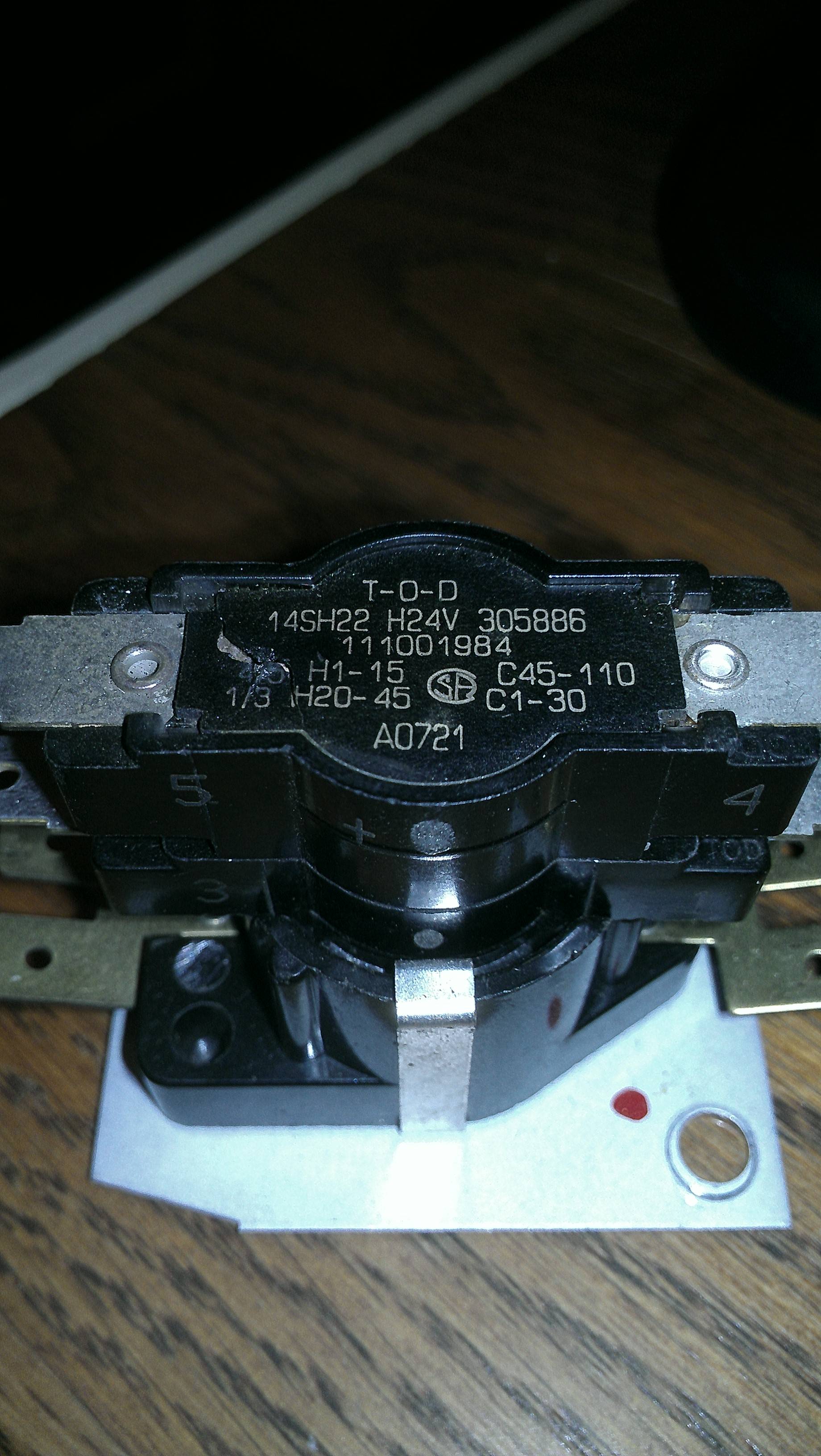 ... Or, since this particular model doesn't have all four coils, if I swap the two sequencers and use the aux switch for the stage 2 heat, I should be able to get this thing working at least for tonight. The stage two heat won't kick in until 20-45 seconds after demand, but that shouldn't really be a problem.

Browse other questions tagged central-heating or ask your own question.

2
How can I tell what kind of heating system I have?
1
What could cause a clicking sound in an underfloor heating controller?
0
Are my heat pumps using the right amount of power?
2
thermostat causing heating element to click on and off repeatedly
1
Central heating system / boiler does not shut off
1
My AC and Heat systems are separate, Can I wire one or both fan(only) controls to my thermostat?
2
Thermostat White-Rodgers 1F82-261 switches to stage 2 heat for no apparent reason
1
Troubleshooting Gas Furnace Problems
2
Boiler not responding to external wired switch