Shower not hot enough, unable to find adjustment, manufacturer out of business

Our shower doesn't get hot enough even with the knob turned all the way, I measure about 90 degrees F. A sink faucet in the same room at the same time shows 115 degrees F. The hot water pipe leading into the mixer assembly is too hot to touch, so it seems that enough hot water is getting all the way to the shower.

From reading other questions here it seems that these shower mixer assemblies usually have some kind of limit/adjustment mechanism, however I can't find it in this one, and it appears that the manufacturer went out of business a few years ago so I'm unable to find anything online about this particular brand (“Coventry Brass Works Limited”).

Does this particular assembly look familiar to anyone and is there a way to adjust it?

Here are some photos: 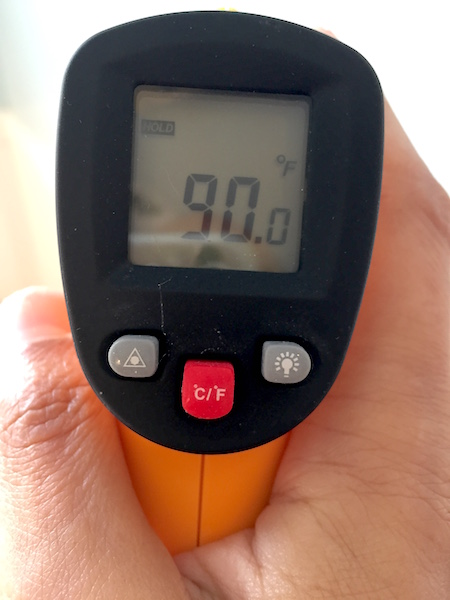 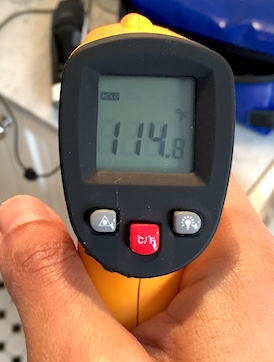 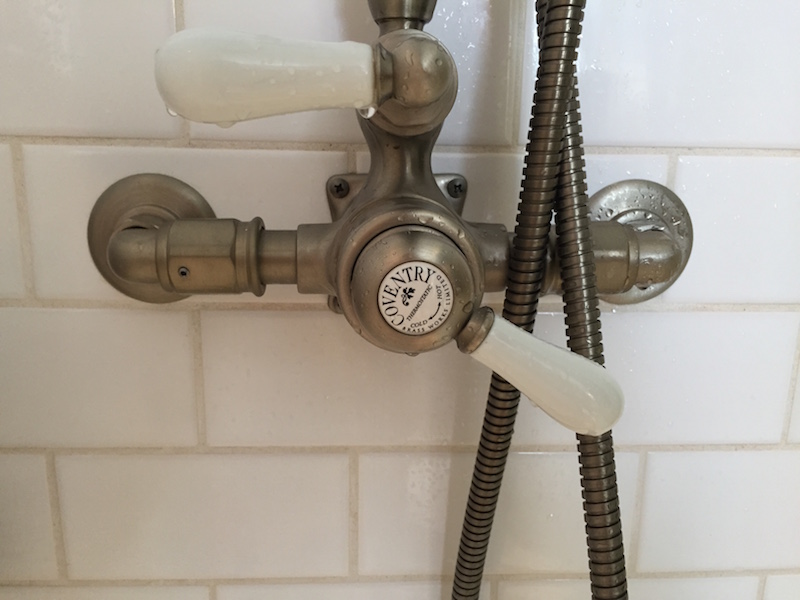 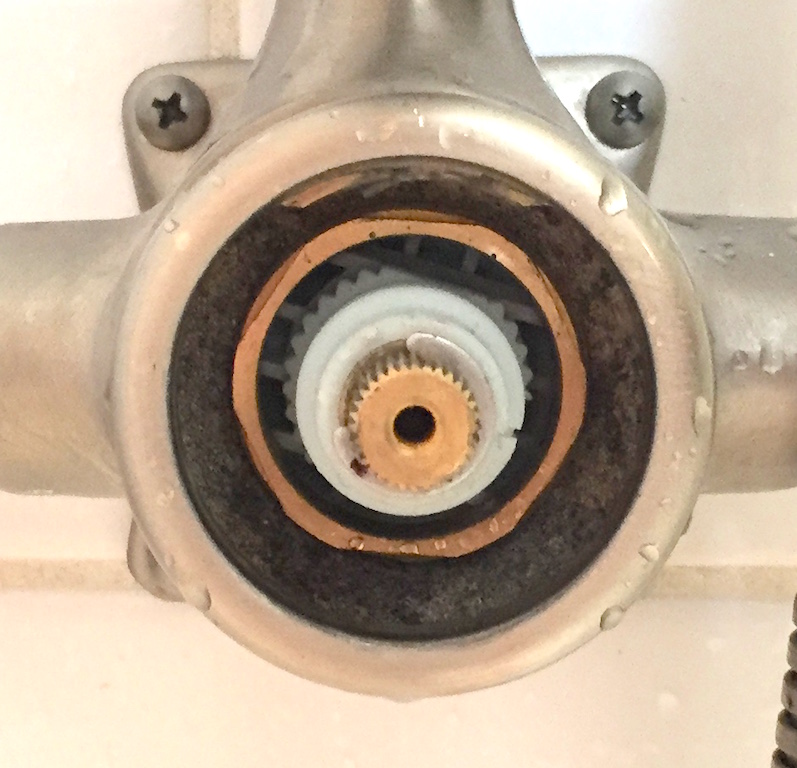 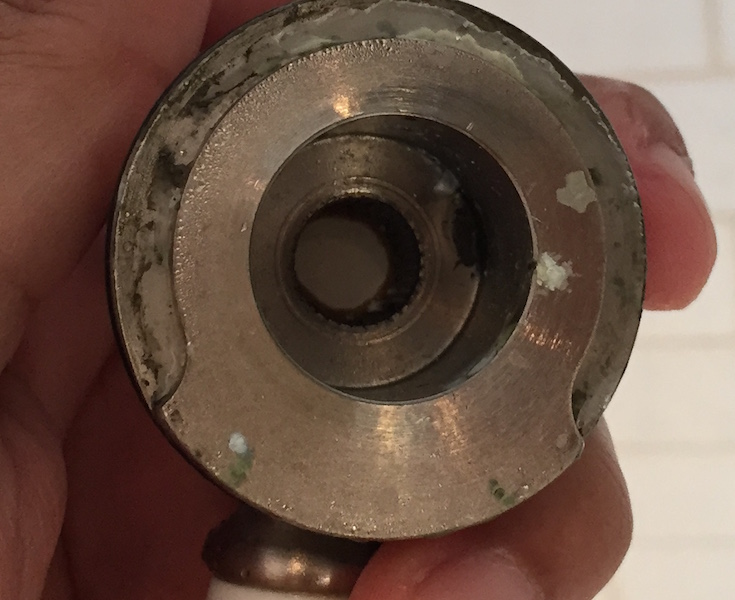 Update December 2021: Stackexchange notified me that this question I posted in 2014 is viewed a lot, so I thought I'd update it.

We had a plumber come out in 2015 and they couldn't fix it. In 2018 we had another plumber come out and they correctly identified the part that was causing the issue (which apparently is called a thermostatic cartridge). The old cartridge was very old and completely filled up with calcium deposits that blocked the passage of hot water. I ordered and installed a replacement part, and that fixed the problem completely.

The part is called “Rohl 9.13554 Perrin and Rowe Thermostatic Cartridge”. I ordered it from a distributor called supply.com.

As an aside, the shower hardware is from a brand named “Coventry Brass Works”, which apparently was distributed by Home Depot and went out of business in 2008. That makes it hard to find parts and information.

So the good thing is that the cartridges don't seem to be manufacturer-specific. Even if the hardware is no longer available, you might still be able to find the cartridges, as in our case.

If I am interpreting the pictures correctly, I think the white plastic piece that sits inside is the limiter. Carefully remove the U-shaped locking piece, taking care not to damage the piece slide the white piece out some and turn it counter clockwise slightly and re-set it.

Lock it back in place, and test the water max temperature again.

Not the answer you're looking for? Browse other questions tagged plumbing water shower or ask your own question.

5
Why does cold water always mix in bathtub mixing valve, even on hottest setting?
2
Why isn't the hot water in my shower hot enough?
2
How can I fix low water pressure in one shower?
3
Options to fix an old leaky shower valve
1
shower water either hot or cold; not mixing; valve/ cartridge/ plumbing?
5
Water temperature in upper shower
1
Shower runs cold, then hot, then cold. Faucet in same bathroom runs hot after shower
0
Replace a shower handle and faucet, new configuration