How do I keep the door jamb moulding from pulling away from the wall when hardware is screwed in?

Total novice here. My wife wants one of those security door guards (a hinged arm that swings open to a point) on the door. I had bought the hardware, but put it off when the provided screws turned out to be for wood only, unable to penetrate the front door, which was painted metal. I finally got around to buying metal screws. The latch bit went in fine, but when I tried to attach the bolt to the jamb, the moulding started pulling away from the wall. It went back a bit when I finished screwing it in (after a brief panic, thinking that I'd just ruined our door in the start of winter), but not all the way. Is there any trick to keeping the moulding down? Or is this cosmetic and I just need to bridge the gap with a little caulk and paint?

Where the jamb moulding is pulling away 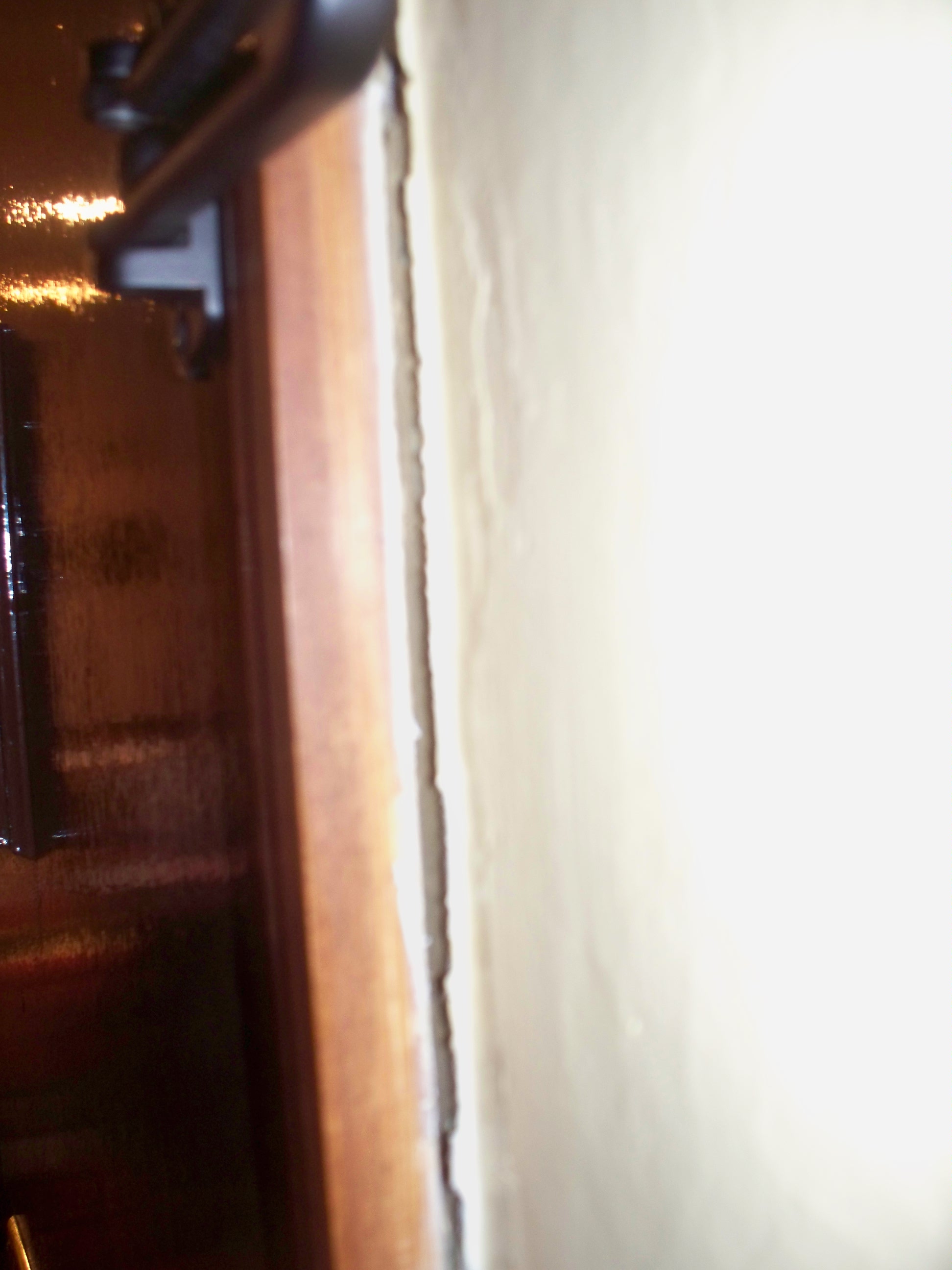 A section which hasn't yet pulled away a little below 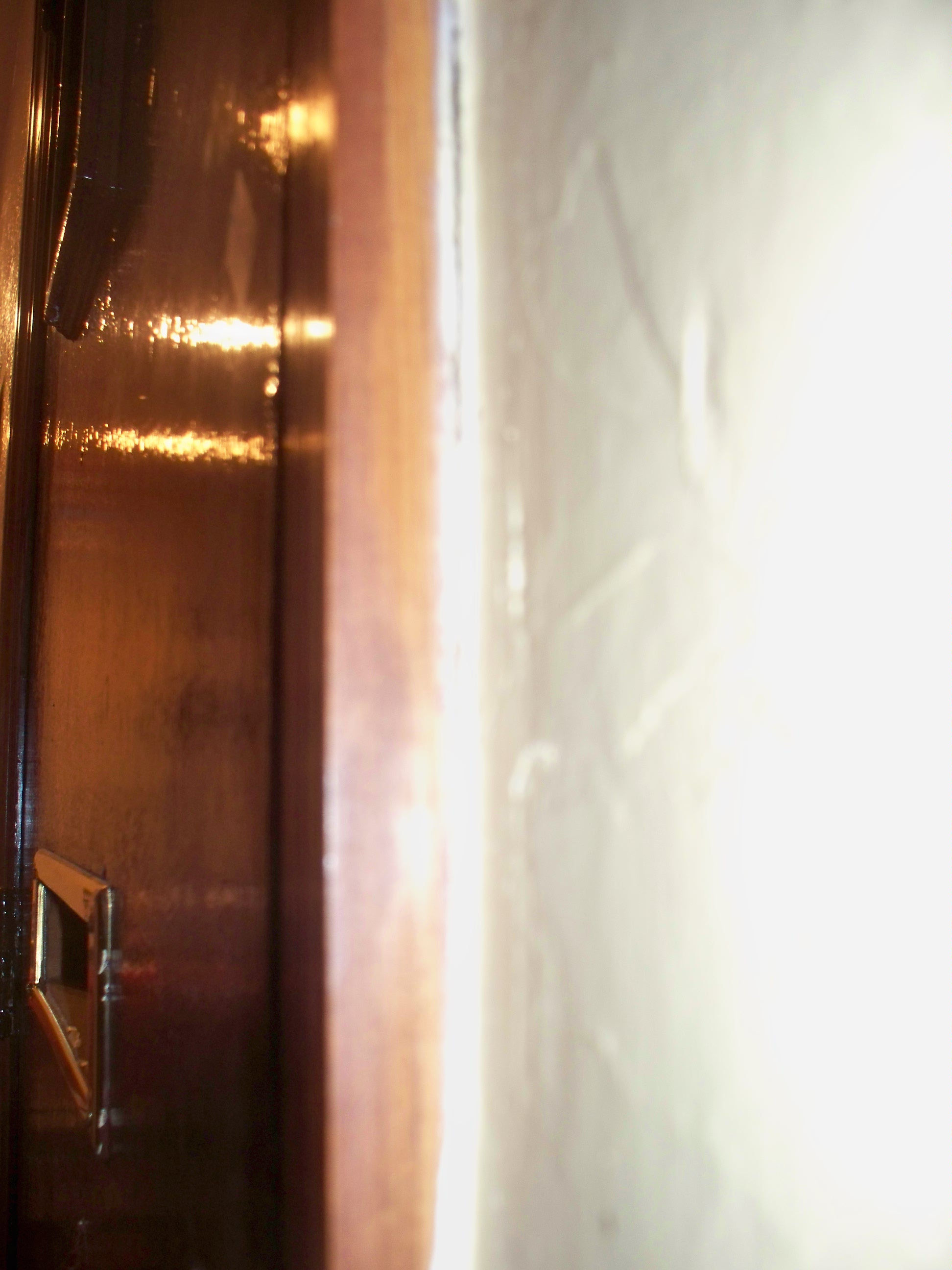 The security door guard, in case it's relevant 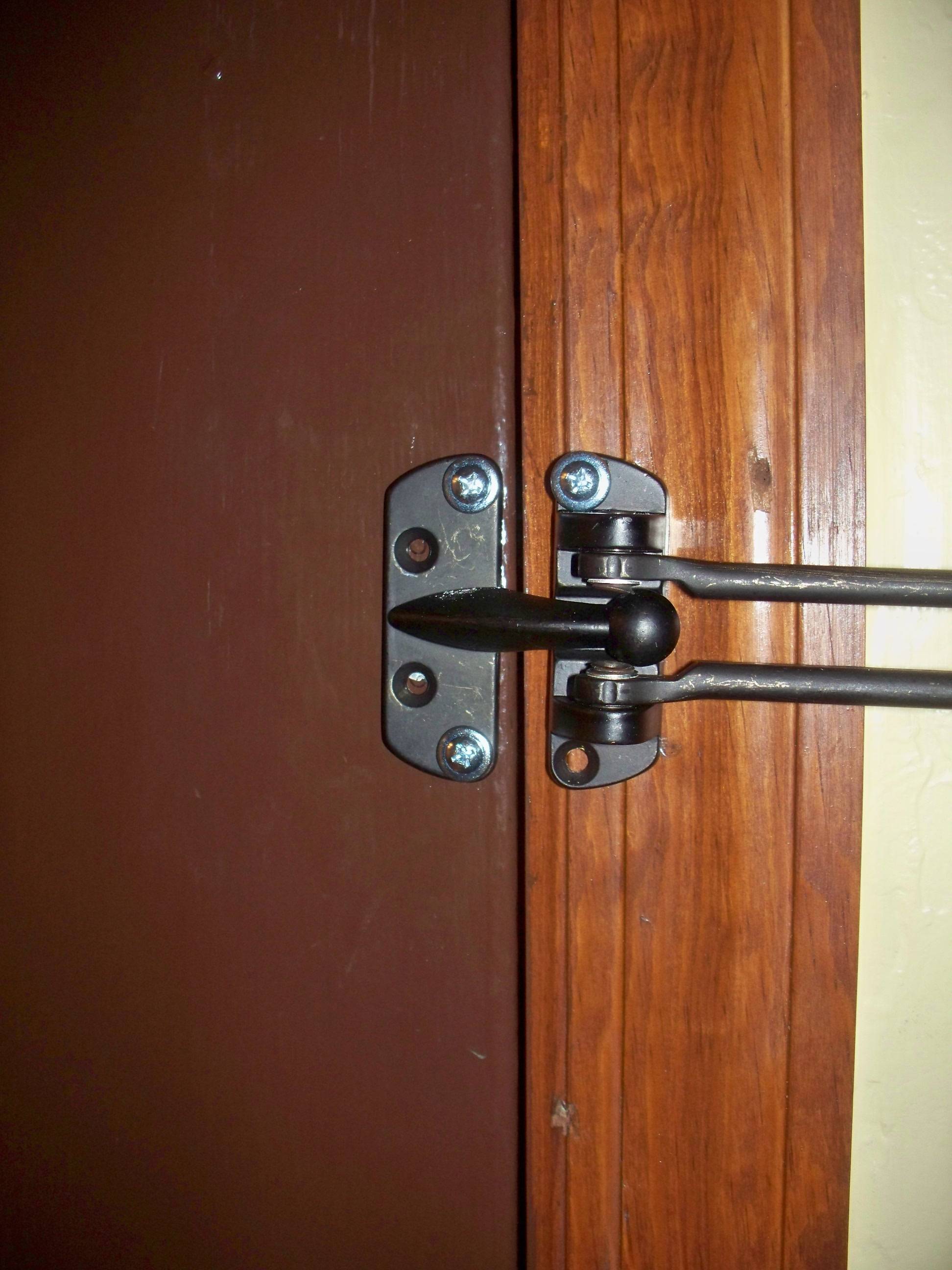 I have since removed the jamb part of the door guard because it only had one screw and we're expecting company later tonight. The jamb is still a little bit off of the wall, enough that the door squeaks up against it when opening. I'm beginning to suspect that the moulding has probably been this close to pulling away for a while now, possibly due to expansion over the years, and I just lucked into it. I think I have some nails downstairs that I can probably use to try to tack it down.

I tried wood screws on the jamb after tacking it down with finishing nails and drilling guide holes. No dice. At this point, I think I must be hitting something harder just past in the door. Given the sheet metal screws didn't go through, I'm not sure what to do short of maybe trying concrete screws.

Did you pre-drill the holes for the screws?

It seems as though the screws have hit something solid (screw/nail head, etc). Which is causing the molding to be pushed away, instead of the screws penetrating deeper into the wall.

This might be a sign that the hardware is only held in place by the molding, which isn't going to be very secure. You'll want to make sure the screws are held securely in the studs, and not simply in the finish materials (drywall, molding, etc.).

Reminder: If you want that to provide any real security against kick-in, the "bolt" (I'd call it a hasp, but never mind) needs to be firmly secured not just to the door trim but into the stud behind it. 3" screws are seriously worth considering.

In any case, the screws you use for this should have thread stopping a bit before the screw head (with the unthreaded space being at least the thickness of the trim) so they turn freely in the trim and pull it into the wall rather than locking the two into a specific distance from each other.

If those screws are only 1" long, then that security latch doesn't give you much security. In order to provide any semblance of security, the screws need to be firmly attached to a stud. It looks like those screws only go into the door jamb, which is probably only 3/4 thick and unable to handle a 3 1/2" screw.

If your screws do not have an unthreaded portion on the shank, near the head, then you must firmly press the trim against the door jamb as you turn the screw. Alternatively, you can predrill a hole that's large enough for the screw to slip through.

You often see these types of security devices on hotel doors which have steel doors and steel frames, so the screws can be fastened securely. Unfortunately, they don't really provide much benefit to a wood door with a wood frame. I know you've bought and installed this, and your wife wants it, but - instead - I recommend installing a good deadbolt with long screws that go all the way into the wood studs framing the door. (If you already have a good deadbolt, remove a couple of screws from the strike plate (on the door jamb) and replace them with 3 1/2" screws.) Install a peep hole if you want to see who's outside your door.

1
How do I fill in holes in a fire door?

1
How do I replace a storm door when I have a cracked door jamb?
7
Why should I use advanced nails instead of wood screws for strength?
1
How can I rehang heavy fire doors?
2
Door frame pulling away from wall
57
How to avoid stripping screw heads?
5
Security door with lock guard
1
Is it normal for wood to sometimes squeal when screwing into it?
0
Apparently stripped holes in dryer door hinges
19
How to keep screws in a hollow door
0
Shower Door Hinge Pulling Away From Wall?