How can I clear a slow running kitchen drain?

My kitchen sink is draining slowly, even thought the U-bend is cleaner than a clean thing.

It seems to be the case there's a partial obstruction between the U-bend for and the inspection cover outside. As the only thing that feeds into this outside drain are the kitchen sink, dishwasher and overflow for a condensing boiler; and even though we're pretty obsessive about not letting fat or grease down there, I suspect there's a build up of detergent, and some fat.

If it were fully blocked, I'd happily get my plunger and give it a good going over, but as it's slow draining, and there are so many vents feeding into it, that's no use. I have tried snaking it, but that has only really ensured there's a 1/4 inch (out of a 1 3/4 inch plastic pipe) path for the first 6 feet - it doesn't feel like there's any really obstruction; Similarly, I'm able to push a hose pipe up from the inspection cover up towards the kitchen until it meets the point where the 1.75" pipe meets the 3" foul drain (I can hear the end of the hose tapping against the end). Any water jetted up from the outside flows away with no problem, and after a bit of work, is flowing clean.

I'm at a loss as to how to clear the rest though, so the drain runs clearly, and without backing up the overflow for the central heating and out into the cupboard under the sink.

Are there any options other than calling a plumber out, who may have a longer / larger bore snake?

Get a drain cleaning water bladder of appropriate size for your pipe. They should have them in the UK. They are readily available in the US and Canada. Hook it up to a garden hose. Take off your kitchen sink's trap (the U pipe) and feed it as far as you can into the drain pipe. Turn on the water to the garden hose, and it will likely clear out whatever you have in there. 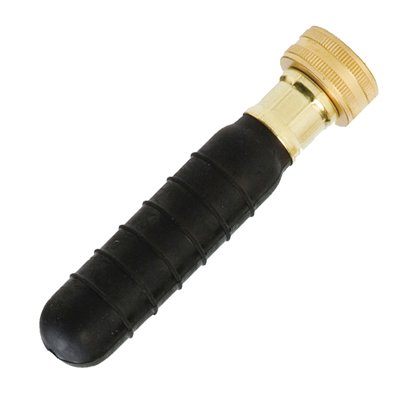 Due to some "artistry form the original builders when they plumbed our kitchen, jetting wasn't practical: 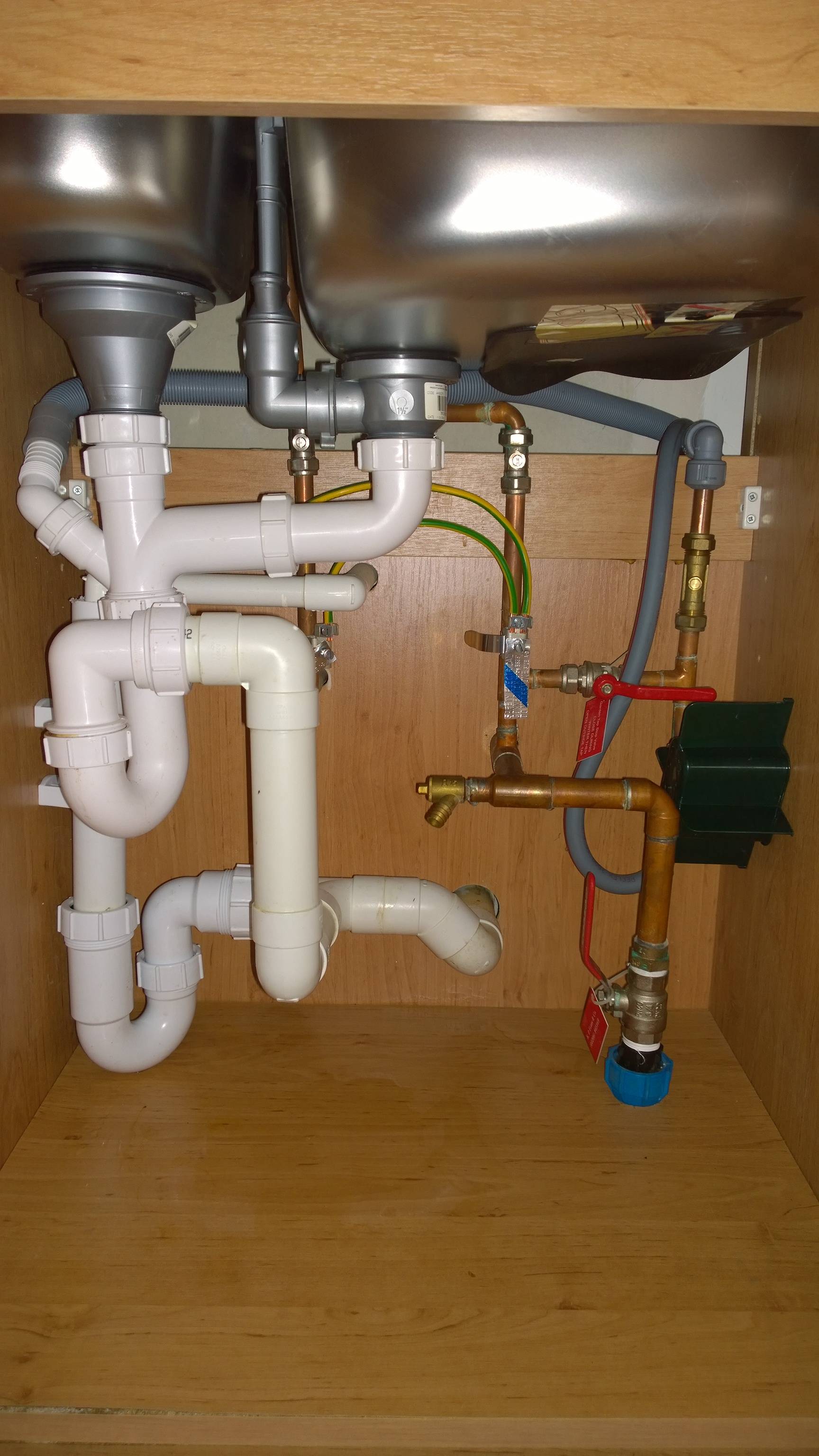 From where the foul pipe passes through the back of the cupboard, there is another right angle and a pipe run to the left (double backing on itself) for another 2.5m, before going through the floor, and out to the inspection cover.

All I needed was a larger/longer snake, and in some New Year's Day experimentation, it turns out that cat5 (network) cable is stiff enough to use as a drain snake, and by using some cable ties to strap to the drain snake helps it make those first two right hand corners. After a good rodding, and flushing dislodged gunk with hot water, it started to clear, so that running the tap wouldn't overflow when the condensation drain from the boiler goes in.

Simply drained the sink's U-bend, reassembled, and added some foaming "slow drain" cleaner (Mr Muscle, if anyone else needs to give this a go), left for an hour before rinsing through with hot water and all appears to be good.

Not the answer you're looking for? Browse other questions tagged plumbing drains kitchen-sink or ask your own question.