How can I secure these inadequate/leaning deck supports?

I am in the process of buying a house. The home inspector noted problems with the deck, most significantly "leaning posts." 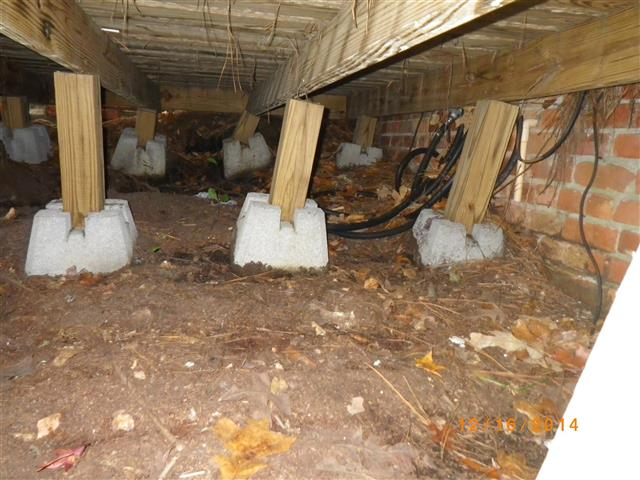 This isn't a tall deck (~3-4 feet off the ground at highest point), and the surface is approximately 15x15 feet.

There are lots of different types of post to beam connectors.

However, the real weird thing is that you don't really have beams. They are just supporting the joists with a bunch of random posts on concrete deck blocks...

If it were me I'd lose all of those and put in a couple (or more) beams under those joists and put some posts under those.

Not in that order, though. Leave the posts in, put in some proper beams and posts, and then lose the crappy ones you have there.

Below is an example of a similar height deck I did. There are two beams under the joists of this deck, and four piers (two for each beam). The beams are the ones with the white flashing tape on top. You can clearly see one in this image, and how I attached it to the joists. 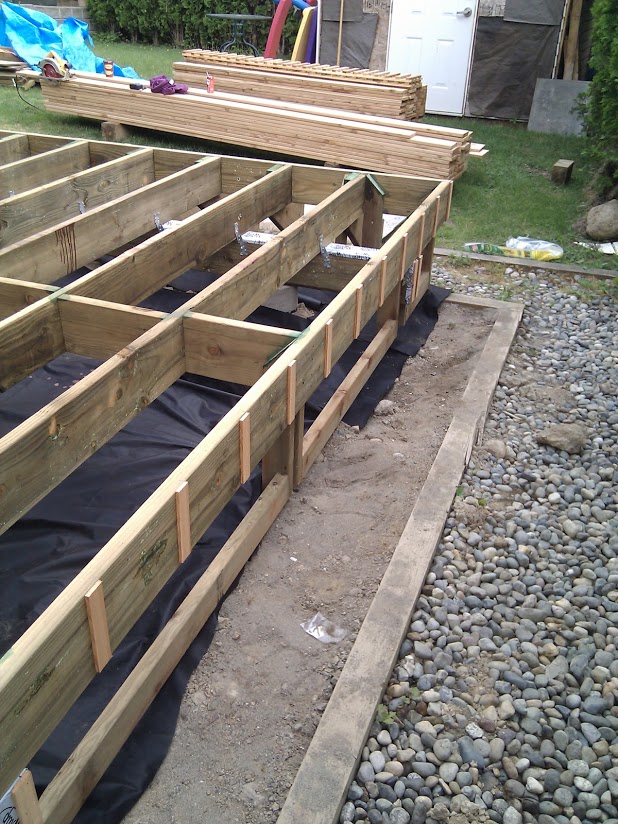 Please if you ever see something like this DO NOT get under it; don't get on it, and don't stand too close to it. The photo shows, literally, a "house of cards" with no lateral bracing in any direction - that could collapse at any time.

There's a lot of weight in that assembly, inadequately supported, with questionable stability. I've built and remodeled homes and done many framing projects meeting building safety code. Another poster observed it would be so difficult to reconstruct from underneath it would be best to start over.

I know this is years too late, but I would have installed temporary jacks, removed all the decking boards and driven in 2ft galvanised ground spikes (2 ft underground) adjacent to the existing bad foundations and built a subframe of beams under it. Could have been done without removing the existing joists.

8
Can I use 4x4 posts as the primary support for a deck?
0
How can I build my own deck canopy?
1
How can I convert an enclosed deck to an open deck?
0
Would you replace these deck posts? How much life do they have left?
0
When do splitting deck supports become a problem?
2
How can I repair this leaning deck railing?
1
Deck joist cantilever distance with multiple intermediate supports
1
What type of supports do I need for a 12'x20' deck?