Caulking a round corner stand up shower

I have to re-caulk a round corner stand up shower. I'm wondering the following:

I'm now wondering the following: should I just get rid of the current one (barely 5 years old) and get a new one? 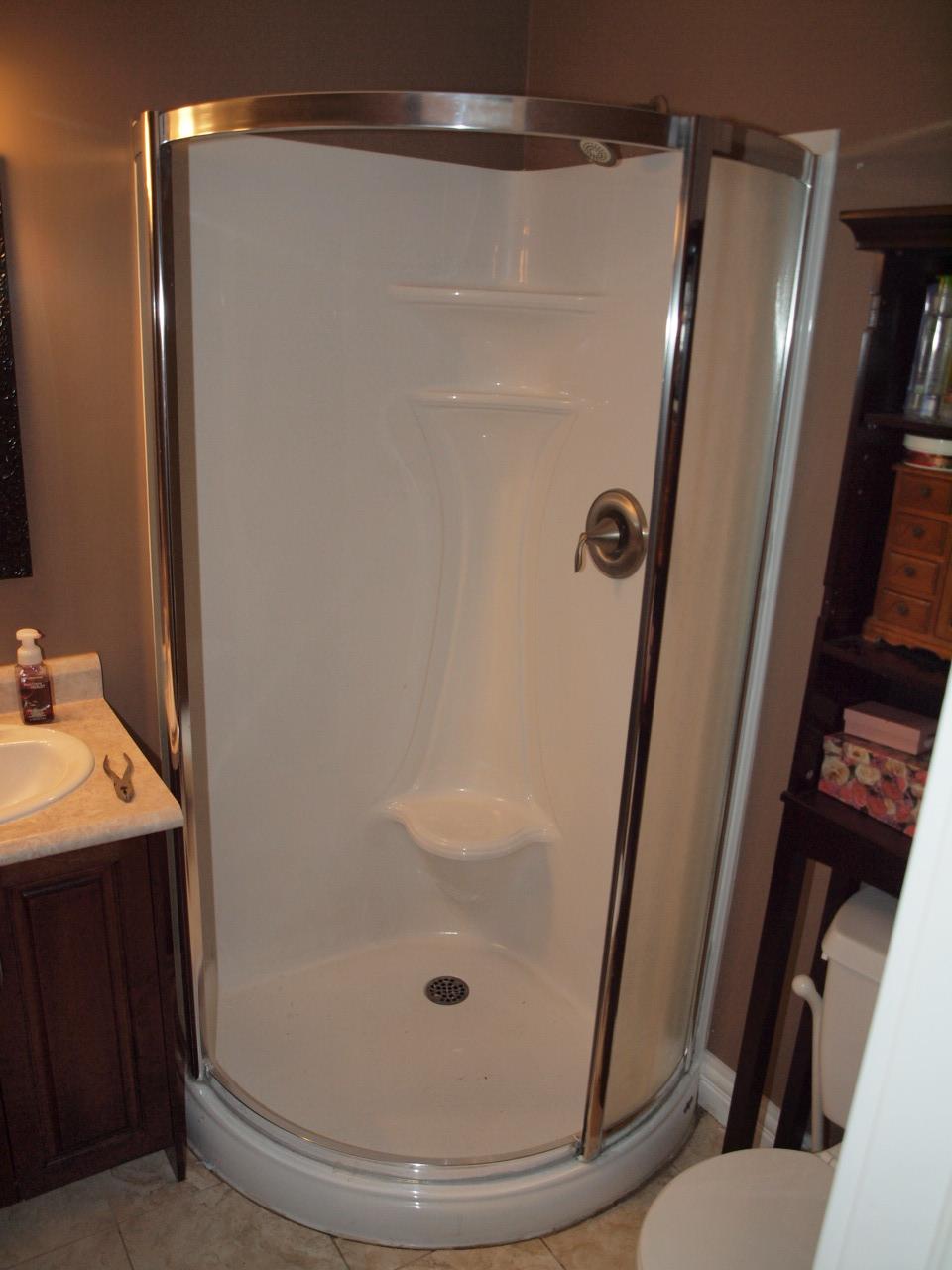 Where it started leaking: 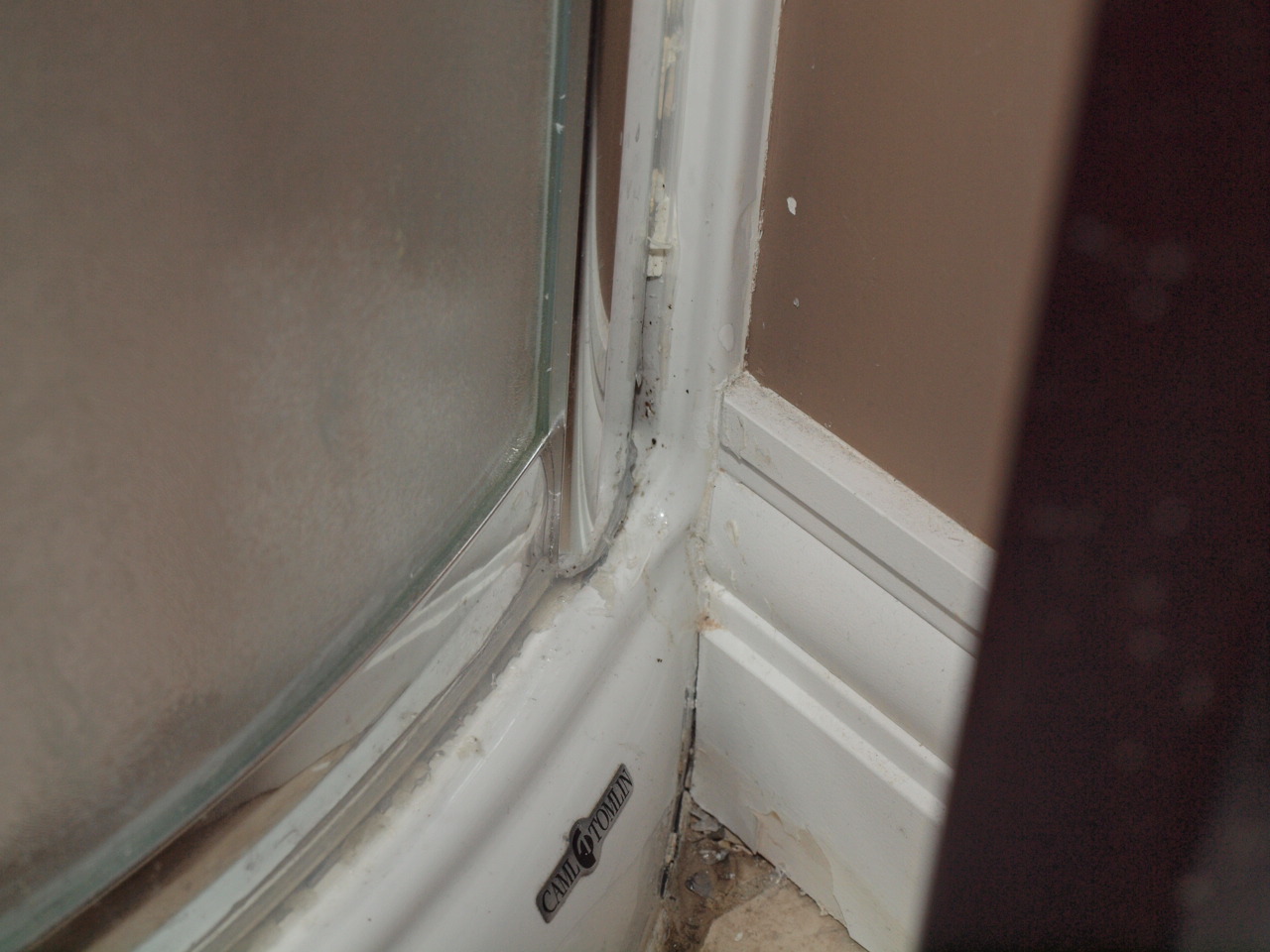 Noticed this (build up inside the rails) as I was trying to remove it, move it to the garage and clean it: 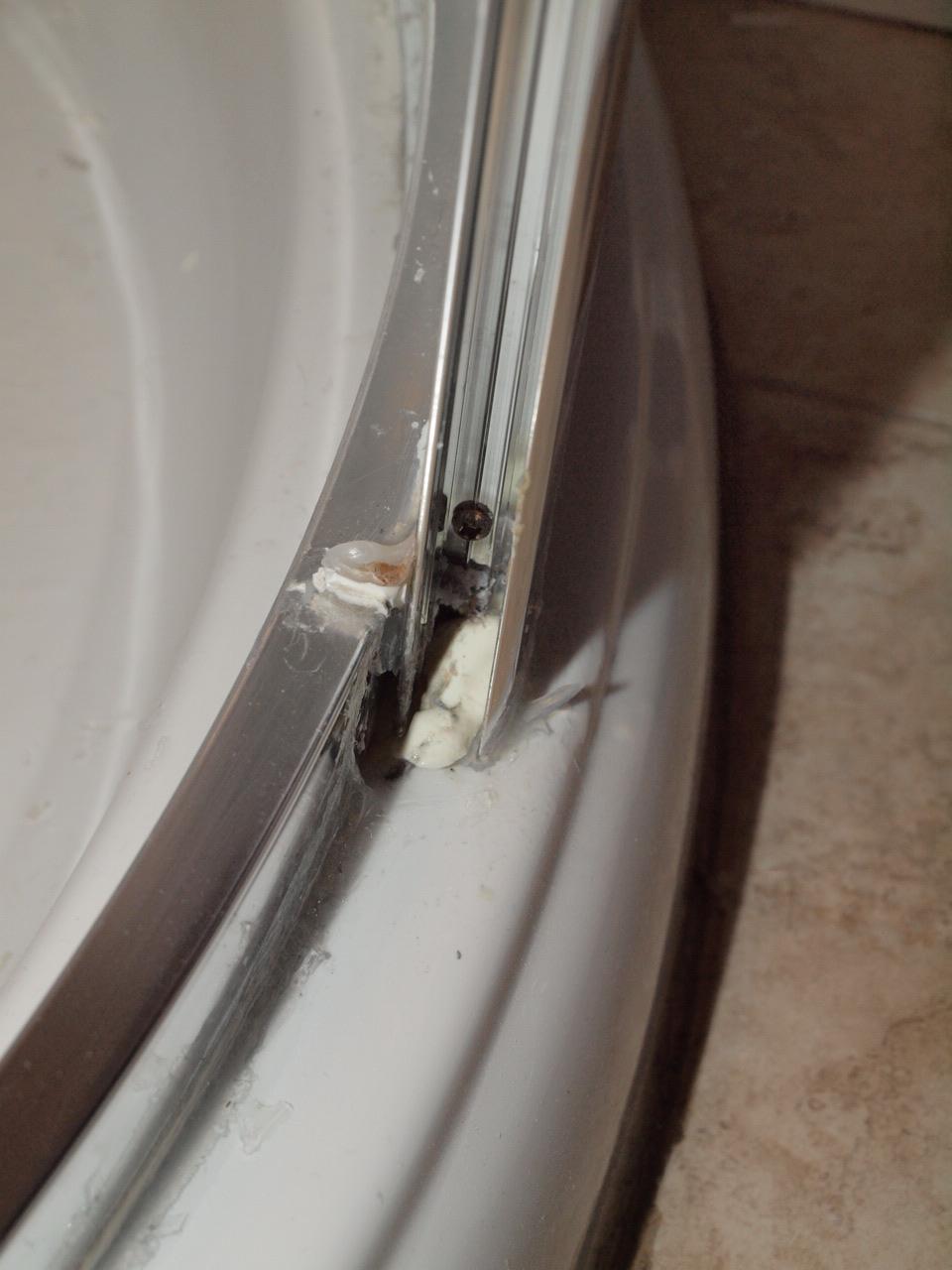 The build up is due to the ends being caulked I think: 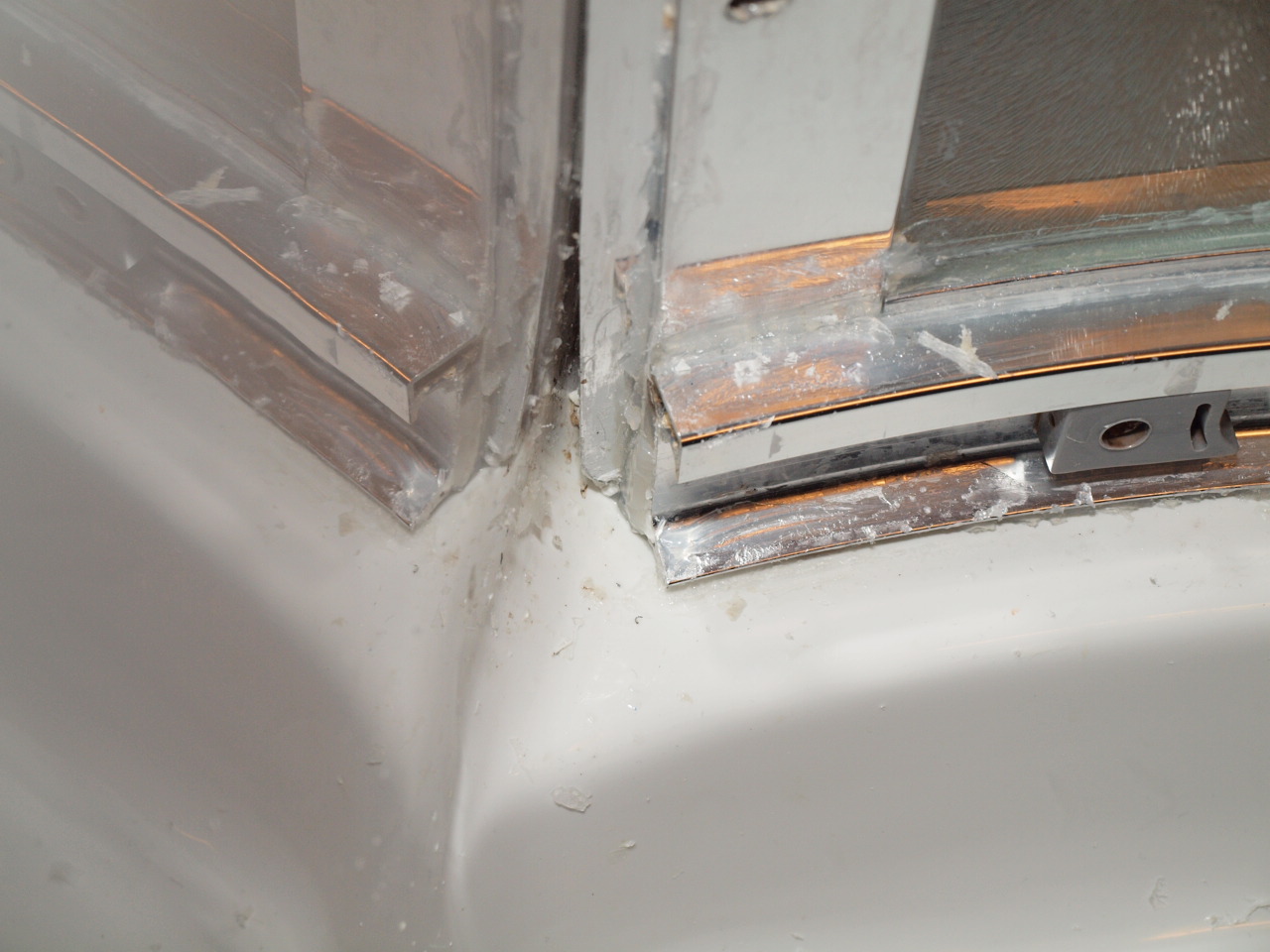 A little history, this is a new construction approaching 5 years old. The original plumbers have had to come a few times to fix leaks on this very shower.

Noticed that the left "pillar" isn't tied to the bottom rail at all. Will have to redo the caulking on that panel as it has cracked while trying to take out the unit.

The walls aren't plumb it would seem. There is a noticeable gap in areas between the base and the rails.

Shower taken down and in the process of cleaning individual pieces.

Decided to lay the level on the bottom of the tray (left to right is from wall to center of tray): 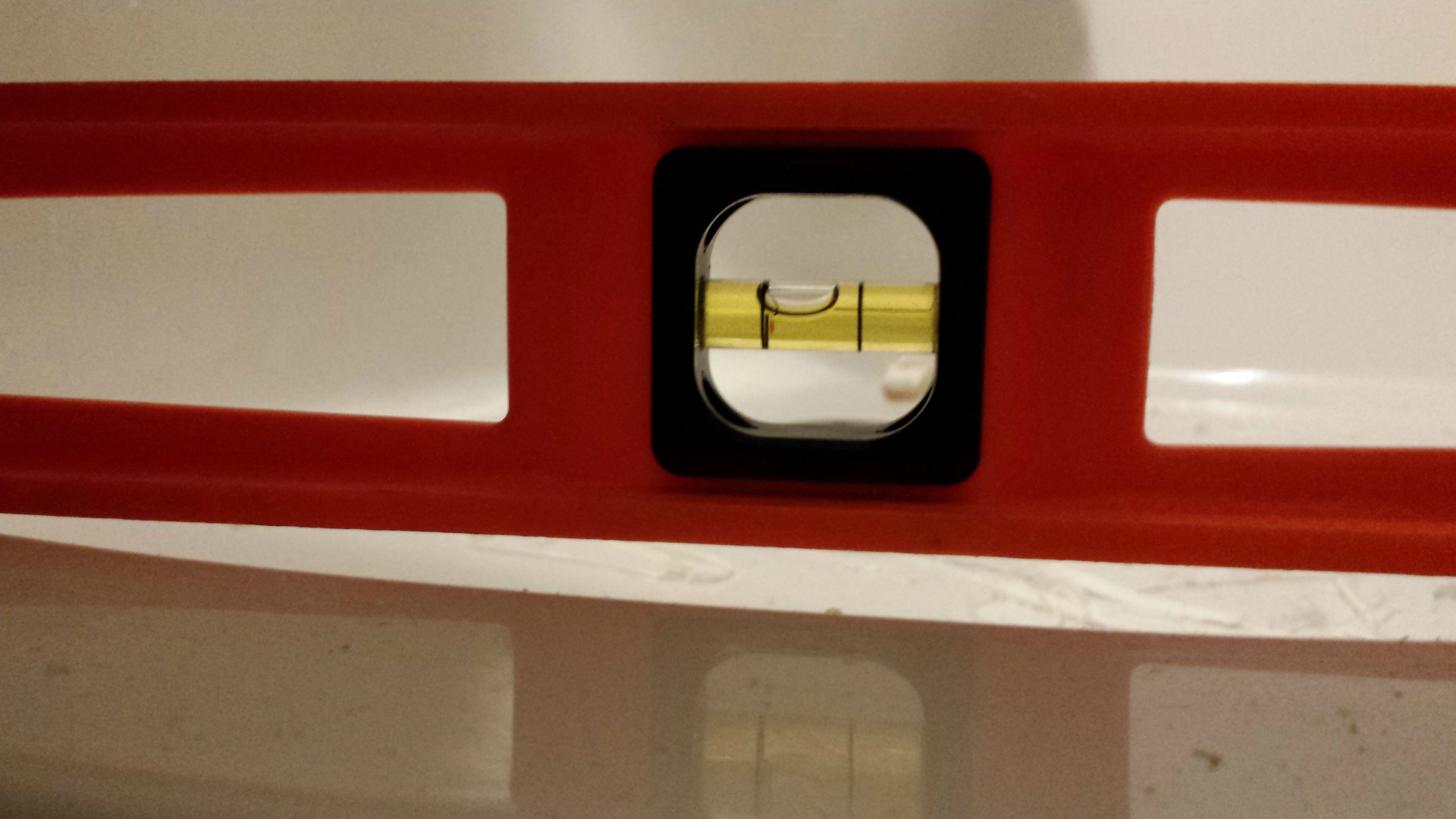 Not sure if I should address it if it's off by this much? The rest of the walls are okay.

Also, contractor who built our house has been out of business for a bit now. The store where I assume he took our stuff cannot backtrack that far in the past. Having issues cleaning the parts, essentially a PITA.

I have dealt with a lot of tub/shower surrounds. 100% silicone caulk (GE II is best at big box). Most install instructions for the surrounds will actually tell you 100% silicone - some will give you their preferred brand.

Not the answer you're looking for? Browse other questions tagged shower caulking or ask your own question.

10
With a shower, should the edge where the wall meets the floor be caulked, or is grout okay?
5
Do I need to use silicon seal (caulk) and a sealant strip around the base of my shower
3
Is it normal for acrylic caulk to dissolve?
3
What to do about gap between tile and tub
0
Water under shower floor caulk
1
Caulk/Putty around Interior Timber Frame Window Gaps
0
Is it possible to just pour epoxy on wood to make a shower tray?