Just bought a new replacement ceiling fan/light for kitchen in house we just bought, which was built in 1912 and has obviously had a wiring update, but many years ago.

I switched the wall switch off and snipped the wires leading from the ceiling to the old fixture. The electrical box is brown plastic. The cable coming into the box has a white sheath and a black and a white wire, plus a bare ground, which is bent back into the box but not connected to anything -- just touching air. The black lead, assumedly the hot, is connected to two additional black wires. They are properly wire-screwed, although no electrician's tape was used.

The white lead, presumedly the common, is properly wire-screwed to a black wire. (But, again, no tape.) This black wire has a little band (label) around it which reads "0". The two black wires connected to the black lead have bands reading "2" and "3". What do these numbers mean?

The new light/fan has a black, a white and a blue wire.

I've installed several ceiling fan/lights previously, but have never been faced with the slightly clouded wire-color issue, nor with the bent back but not connected ground.

Any suggestions? Thans for you help.

The numbers are almost certainly a courtesy from the previous electrician -- odds are that the other end of each wire carries the same number, so if you have all the electrical boxes open you can confirm how things are connected without having to trace everything electrically. They may also correspond to that original electrician's notes on how this was going to be wired. They almost certainly do not mean anything else.

The bare safety-ground wire should have been connected to a ground screw on the fixture, at least until you clipped the wires.

If wire-nuts are installed properly, they don't need electrical tape to adequately secure and insulate the connections. Tape can sometimes be helpful, sometimes be an unnecessary nuisance. Unless there's something odd about local code, not being taped is fine.

CHECK THE INSTRUCTIONS THAT CAME WITH THE FAN, but GENERALLY SPEAKING, the black/blue/white color coding on fans is that white is neutral, black is hot for one part of the device (eg the fan) and blue is hot for the other part of the device (the light). That permits turning these on and off independently from the wall switches, if the necessary wires and switches have been installed to do so. If you're replacing an existing light that only had a single switched circuit available, both blue and black from the fan get connected to black (hot) from the ceiling, and if you want independent control you use the pull-chain switches on the fan and its light fixture.

(If your fan doesn't have a light fixture installed, that can generally be added later quite easily; wiring both hots now means you don't have to open the ceiling again if you decide you do want a light there.)

Exception: If you were installing a wireless remote control -- again check the instructions that came with it -- that generally installs between the hot from the ceiling and the two hots to the fan and light, so it can provide independent control even if there's only one hot coming from the wall switch.

That brown plastic is likely bakelite which was invented in 1907. It is unlikely it was installed when the house was built: I don't think electrical boxes were much in use until a little later, like the 1920s. Use care around it: it is brittle.

The lack of electrical tape (probably) means the work was done sometime after the mid-1950s. Since then it is standard procedure for twist connectors to be relied upon to hold the wires together and insulate.

Also, from the mid-1950s until the late 1960s (at least in North America), it was common to ground every electrical box but not provide grounding to most appliances. If you have ever wondered what to do with the wire or lug on the 3 prong adapter, it is meant to be attached to the conductive faceplate screw which is connected indirectly to ground. 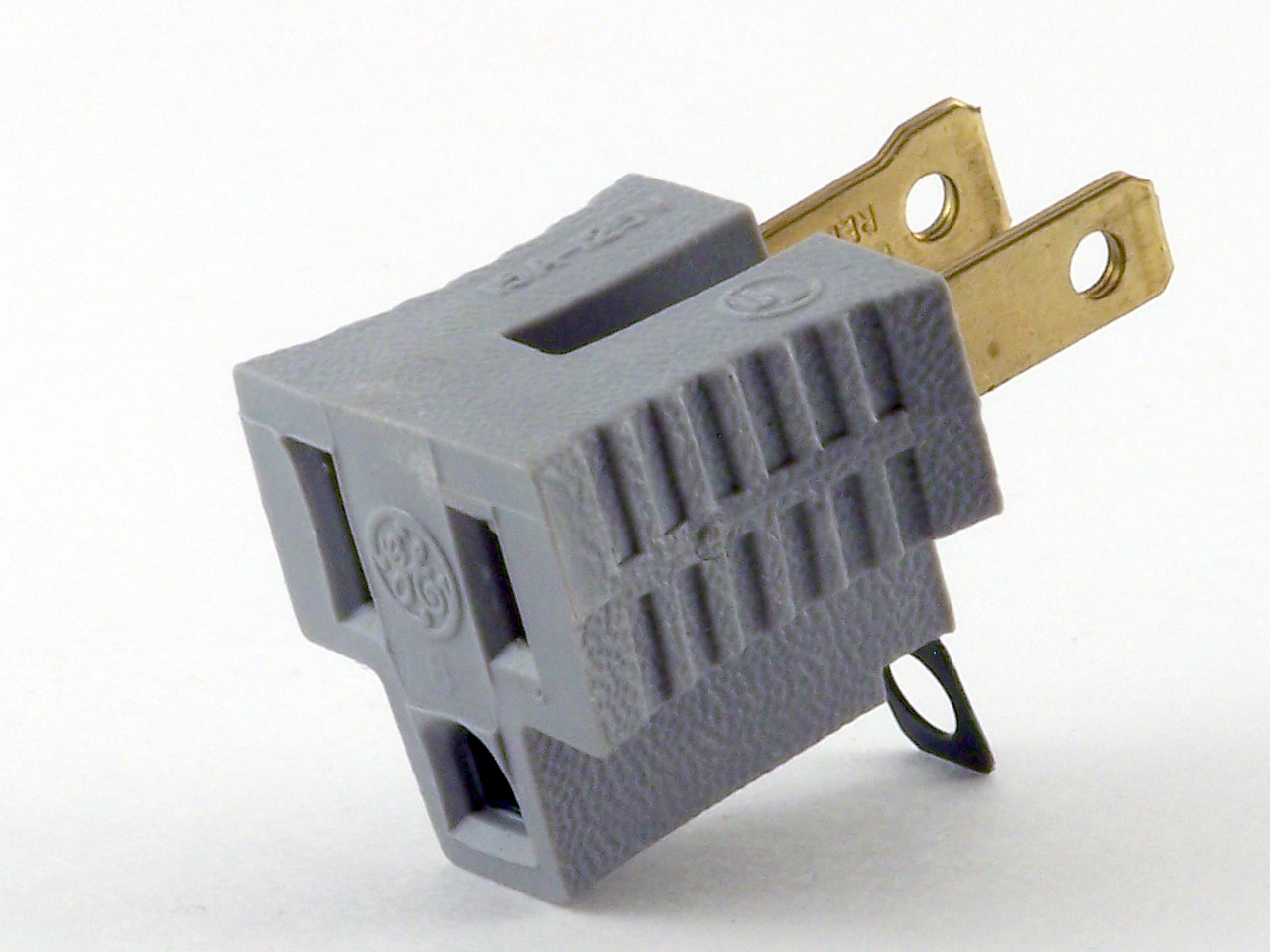 Your voltage detector could be reacting to noise on the common wire. Repeat the test but make sure all motors, florescent lights, etc. in the dwelling are off. If it were me, I'd get an actual DMM or VOM (volt-ohm meter) and check the voltages to ground directly, as I don't have much faith in non-grounded detectors. It would not hurt to look inside the service (circuit breakers or fuses) panel for loose or missing neutral connections—there could be multiple electrical problems.

I agree with keshlam: Open the switch (after shutting off the circuit) and see what wires are there. With both open, it should be clear what is going on.

First, thanks for the timely responses and information. I learned much from you all.

In the end, I just connected the wires as I mentioned above and everything worked, including the lights.

Black is the HOT or power carrying wire, if you have them, the blue/black wires connect to it, the Big Black wire from the ceiling. They power the fan and lights if you have a light kit. The white or neutral ceiling wire connects to the white wire from the fan housing. The ground or green wires from the fan connect to the green ceiling wire (sometimes its the Bare wire, it just doesnt have a green sheathing, but its the Ground). Im contemplating whether I need both ground wires from the fan connected to the bare wire from the ceiling Ground wire or not, if not Im clipping one off as its in my way big time! I think they just put one on each end to be helpful. Hope this helped.