We are moving house next Friday and our 2 boys are moving from a room each in to sharing. To give them as much space as possible we're going to attempt to modify 2 Ikea Kura beds that we've purchased to make this: 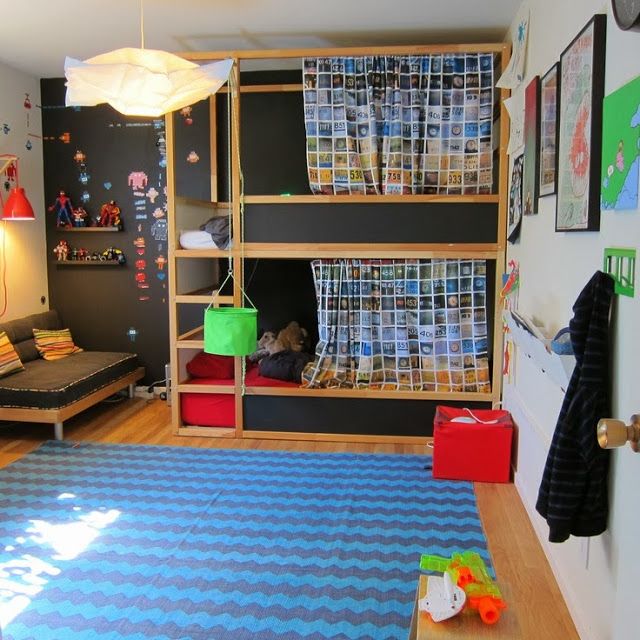 (we're not sure as of yet how they managed to mod it that way, so if anyone else wants to look at the instructions and attempt to see how they've done it, feel free to point me in the right direction!!)

The beds are perfect in that they'll give the boys their own space, they each have wall mounted TV's that will be in their own "section" and we plan on having the curtains on the side so they can have a bit of privacy if they want it.

As space is limited I'm toying with the idea of purchasing these:

To go around the top of the frames on each bunk so they have their own lighting. I'm guessing 5m is about the most you can power from a single 12v adapter in series, but what about in parallel?

I was toying with the idea of getting the strips from Ikea, but if I can make something much more custom, ideally this is how it would work...

Single plug socket in the wall splits off to 2 separate parallel circuits one on the top bunk, one on the lower bunk. Each bunk has a switch that controls the light on that switch...

I think that sounds like it should be ok, is it safe?

Next question... is it possible to use a switch such as this:

That I could put in to the wooden frame so they have a switch that is always glowing dimly, so they can see it if it's dark, that controls the led's on their circuit?

First I would go with warm white lights not the cool white, I think it makes a softer look to the bedroom.

In terms of the switching, yes a push button switch would work fine, you just have to make sure that the switch is within spec for the lights used. I have rather opted for a dimmable solution with my childrens beds. since they like to have some light at night. a good option here is this: 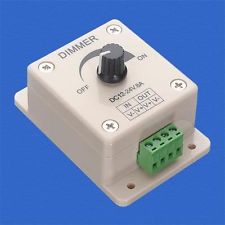 Its rated up to 8 amps, so if you look at the strip in your post, it consumes 2.5amps per 5m section used. (provided that you buy a transformer that can supply up to the required amps (ie 2.5amps per meter) -- you can buy a smaller amp transformer, but the lights will not be optimally bright at the highest level.

Your switches are only rated 3 amps, which means you can run about 5 meters of your spec LED Strip. -- Also to note, I would go with a stronger LED strip, generally 1 amp per meter is a nice powerful light (then you would only need a meter per child)

Another thing to consider, is the use of the 3color led's whereby you can have a color chooser.. but that may be getting too complicated.

Your series vs parallel question: You must definitely hook up the two lights in parallel, but just accomodate for the increased amps which will be required. The lights will draw the amps needed so you cannot really blow anything (its the volts which will blow the lights)

Finally: I find that the higher power led strips get a little warm, (meaning that the sticky tape sides start to get less effective over time). would be best to stick the strip to a metal surface if you could choose (it would act as a heat sync)

I actually ended up using a Chinese paper lantern to put the led strip in, it looked quite nice. 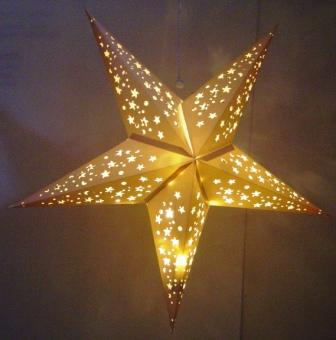 To go around the top of the frames on each bunk so they have their own lighting. I'm guessing 5m is about the most you can power from a single 12v adapter in series, but what about in parallel?

Limited only by the amperage of the 12V power adapter.

Next question... is it possible to use a switch such as this:

It is rated for 12V @ 3A. If the LEDs on a given switch draws more than that, you will need to find a switch with a higher amperage rating.

Not the answer you're looking for? Browse other questions tagged lighting led bedroom or ask your own question.

3
How to wire MR16 LED lights?
0
AC to DC LED dimmer
2
Extractor fans not working with LED bulbs?
0
What sort of transformers are needed for LED spotlights (MR16)?
1
Adjacent room light switch causing LED lights to display tiny bit of light
0
Lighting a Room with LED Light Strips
2
2 different sets of downlights off the same switch. How to wire?
1
Wiring 5 LED Lights in Parallel
0
LED light strips going off and on