What is the power consumption of my LG refrigerator?

Can you help me find out what is my lg fridge wattage from the attached pictures? These are pictures for all the stickers on my fridge. Unfortunately I cannot find the manual.

The reason i am asking is that I want to connect it to my voltage transformer, because the house I live in now has only 220 volts, while the fridge and the microwave oven are 110. I have a transformer that powers up to 1500 VA. Please advise. 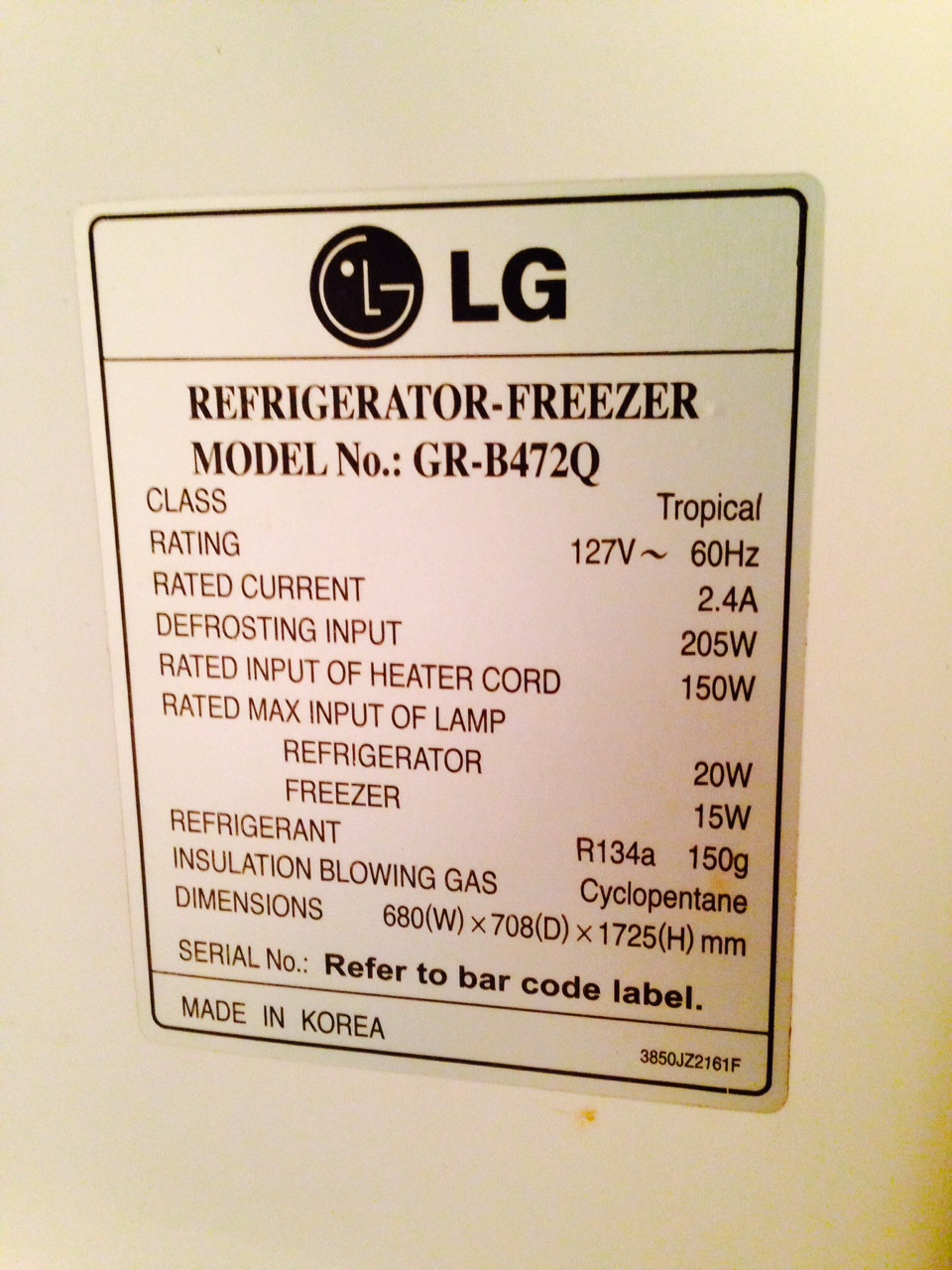 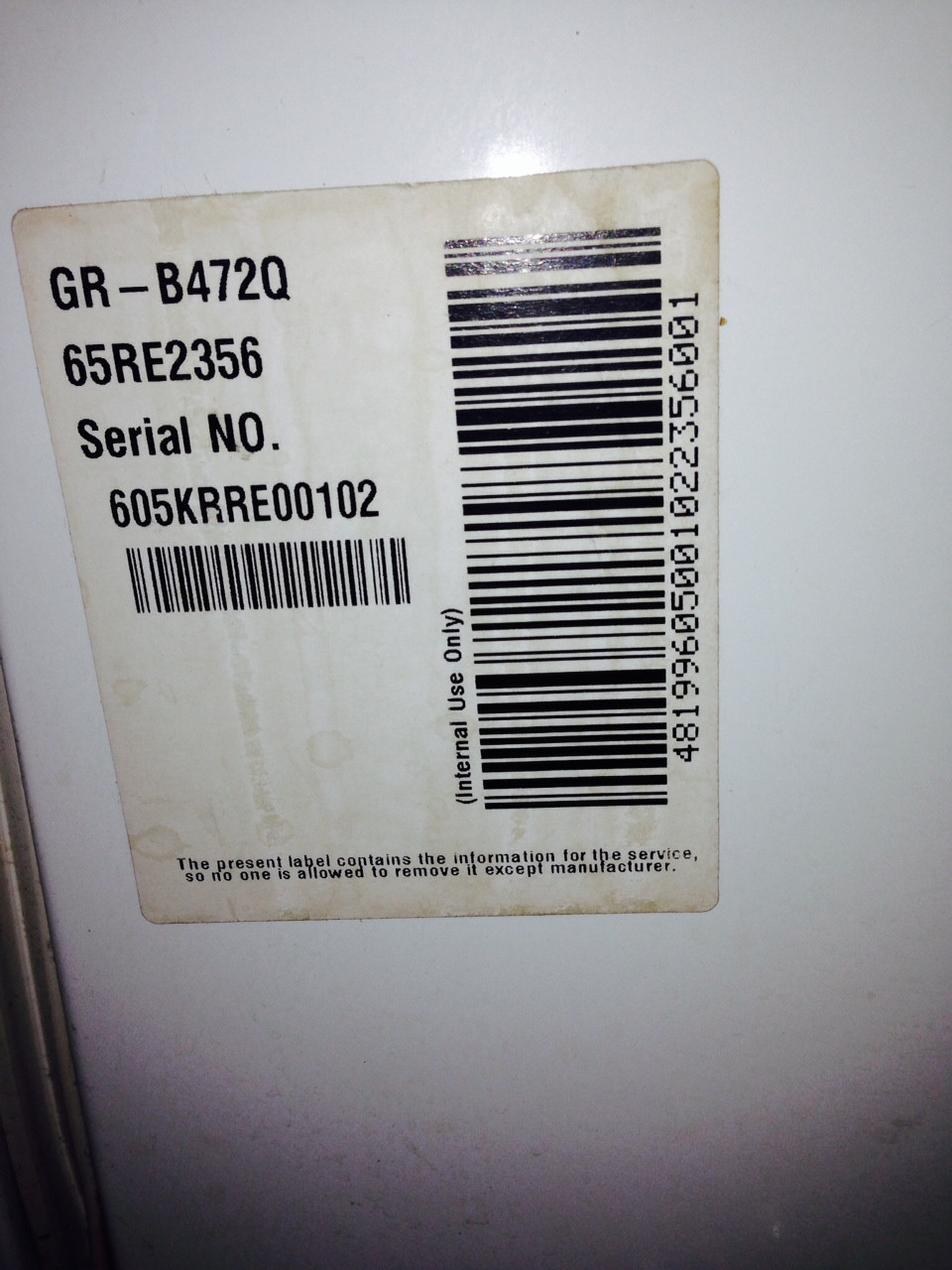 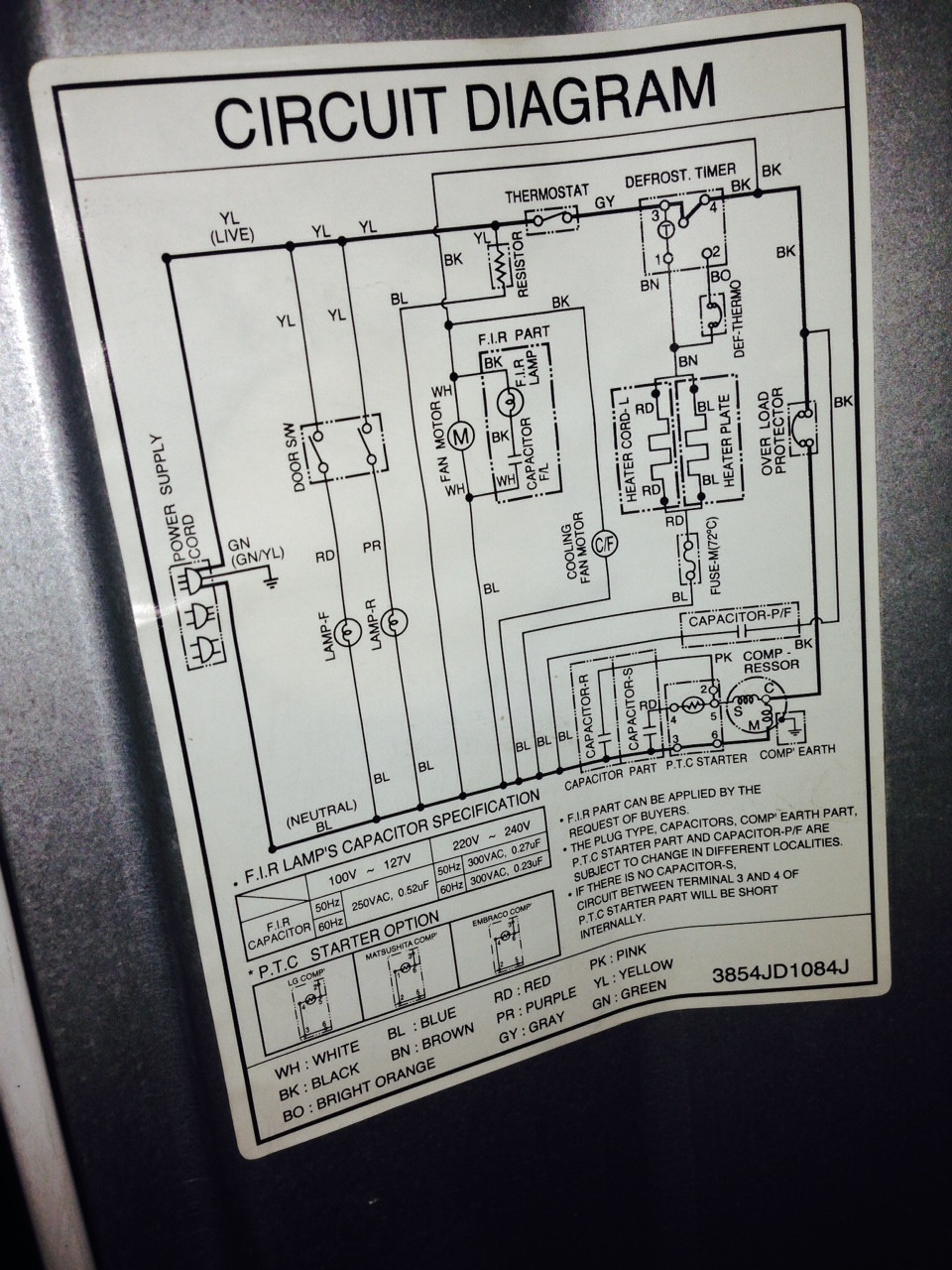 The nameplate wattage is volts X amps, or 127V X 2.4A = 305 watts. That's what the fridge will draw when the compressor is running. The compressor only runs periodically (ballpark 25% of the time, depending on the model), so the long-term average will be quite lower.

However you should also be aware that all motors, including the one in a fridge compressor, draw significantly power power during the first few seconds of operation. Could easily be 3 times as high. So if you are going to be running this from an inverter, make sure it is capable of around 1000 watts. Sometimes inverters have two ratings, a "surge" rating and a "continuous" rating, for exactly this reason. However the exact definition of a "surge" rating on an inverter is ambiguous, and some of them are only capable of running at their surge value for a fraction of a second, which may not be long enough to get the fridge started.

You haven't posted many specifics about the inverter or microwave, but running both appliances from that inverter may be pushing it, especially if the fridge compressor comes on when the microwave is going. Microwaves can draw 1000–2000 watts or more. (The "wattage" rating of a microwave is the energy that the food gets... actual consumption will be higher because of energy loss, electronics, motors, lights, etc.)

3
How do I troubleshoot a newly installed non-working outlet?
1
Install Common Wire (unable to find terminal or 24 VAC)
3
Diagnose cause of voltage fluctuation in house
0
AVR Input and Output Gauge
0
230 volts on receptacle box when it should be 120 volts
2
How to eliminate a small voltage in a home AC lighting circuit
0
Is it safe to split a NEMA 10-50 receptacle?
4
LED keeps glowing when turned off (single manual switch and power grid with 2 lives)
2
Does my electrical service have capacity for an 80A EV charging circuit?
2
What are benefits of a subpanel over pre configured 6 , 8 or 10 circuit Transfer Switch Kits? which one is better for Portable Generator?