The duct-work is very poor -- half of the house doesn't even get heat. The air doesn't cycle (warmer down stairs than up stairs) even though my intake is upstairs. In at least one point, I've found where a previous owner used a dryer vent to run a duct line in the ceiling of the first floor. 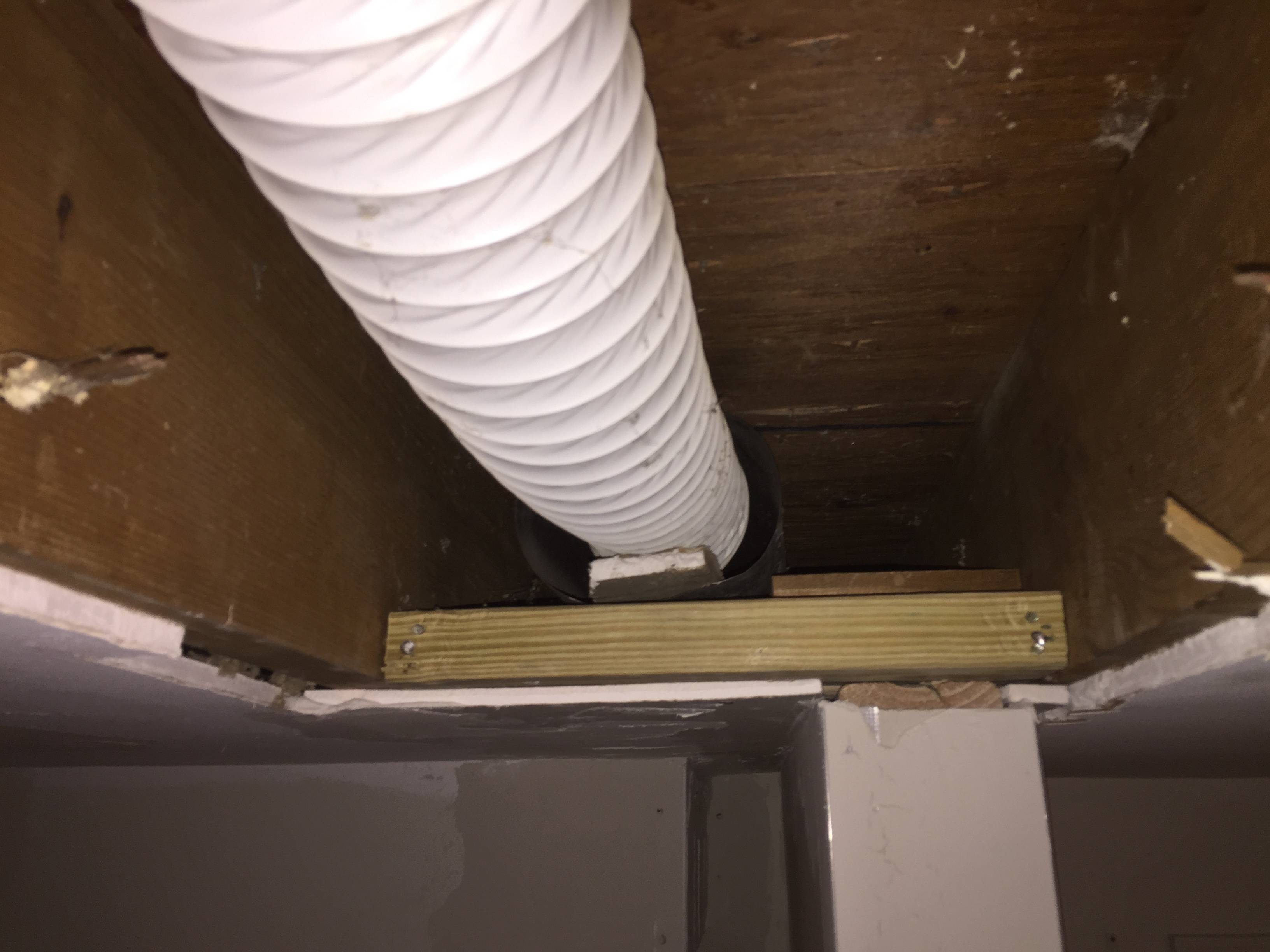 Instead of tearing up all of my ceilings in the first floor in an attempt to properly re-run the ductwork, would a better option be to run the ducts from the attic and just seal off the ducts in the first-floor ceiling?

I've never done any work with HVAC, although it doesn't look too hard to run ducts. I'm assuming it's a bit more complicated than it sounds. Here's my utility closet which looks to be pretty unusual or overly complicated. 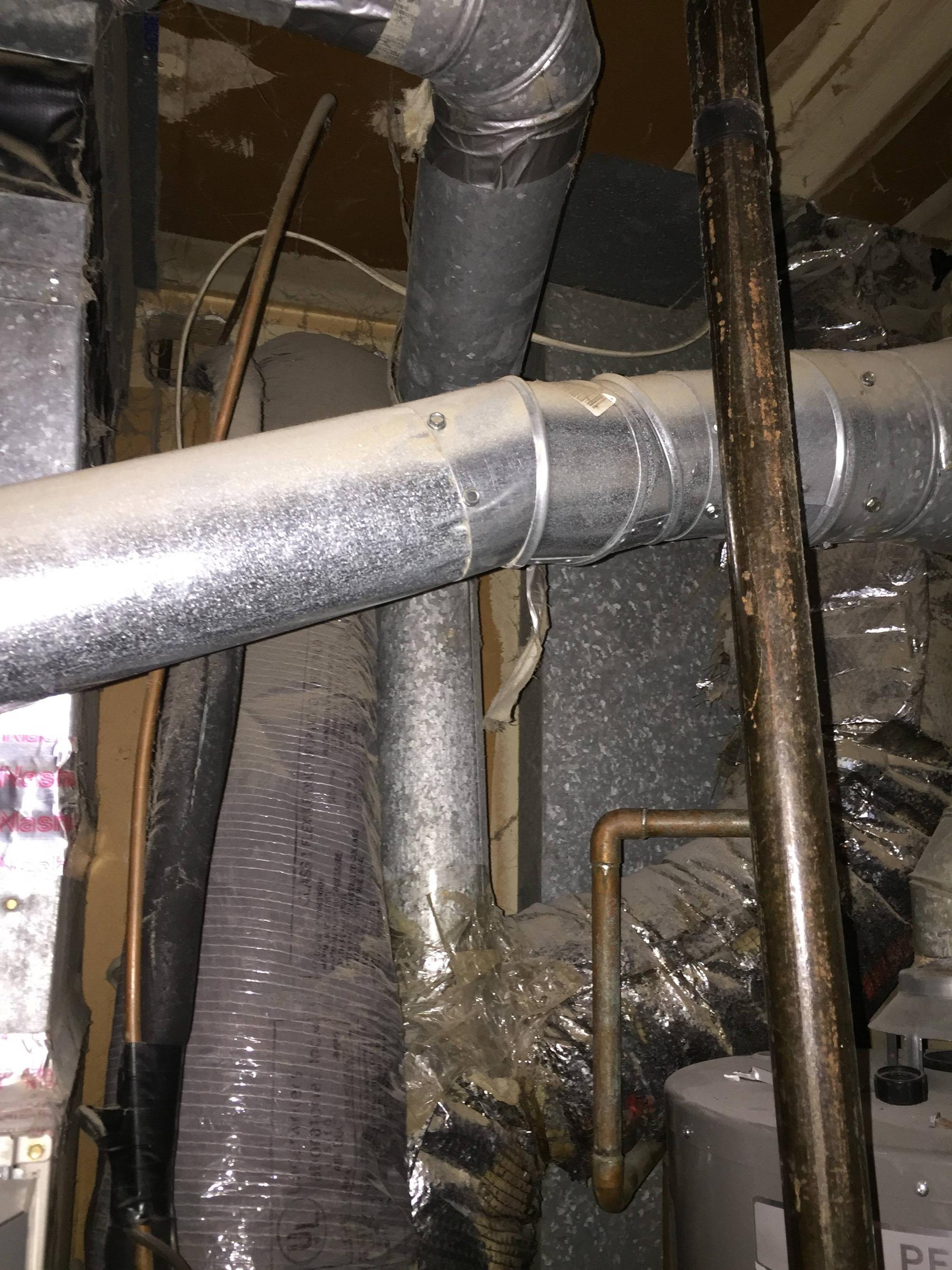 Drywall is the enemy.

That dryer vent is disconcerting; lets find out what other shenanigans are going on here. You may not have ever done ductwork but at least you seem to know a proper installation will require opening the walls to install rigid (use flexible only if you must).

Can you run it in the attic, sure: at a loss of efficiency; longer run, more leaks\back-pressure. Also, efficiency will drop like a rock if you run any ducts through unconditioned space. Ideally everything is within the building envelope.

Running ducts isn't that hard; fixing what you had to destroy to get them in, is.

You will cut yourself while working with sheet metal. Proceed slowly and methodically; everything is sharp...

It's not great to put heat ducts in the ceiling. First off, you will lose a lot of heat from them there even if they are well insulated, and second, heating systems work best if they provide heat at the floor level so it can rise up rather than providing it at the top. You will also need to get ducting up through the first floor and into the attic, which generally requires boxing off a chase somewhere in a room or closet. I think pulling down the ceiling drywall and putting it back will probably be less work than trying to go the attic route.

It sounds like you have a poor design with a poor installation. A good design will look at the heat loss in different parts of the house and install appropriately-sized ducting to give you good heat. If you try to do a design yourself, you will likely end up with a system that is not well-balanced; it will be too hot in some rooms and too cold in other rooms. It will likely be better than what you have, but not great.

1
A/C Condensation from duct getting into drywall
3
Can 2 - 6“ flex ducts be combined into a single 8” rigid duct
8
How can I improve second floor HVAC performance?
2
HVAC Duct options in floor joists
2
How can I increase the effectiveness of the A/C in a hot 2nd floor converted attic master suite?
4
How to repair buckled duct work inside wall?
0
Should I change the routing of the return air flex duct?
1
Dryer venting options on second floor with gambrel roof
0
How should I support rectangular duct in wall?