How can I secure wire fished between two plastic switch boxes?

However, this post says that the new wire must be clamped to the switch box, since it is nonmetallic. Unlike the box in that question, my switch box does not have clamps, and looks like this: 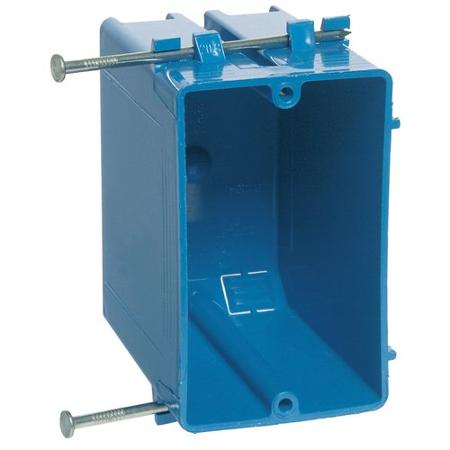 How can I secure the wiring to the switch box?

Edit: Just to be clear, the switch boxes are already in the wall and are connected as described above. I am just trying to modify the wiring. I would rather not remove or replace the boxes if possible.

That box does have clamps. The "flaps" that cover the holes are clamps. You push the cable in, and the clamps prevent it from sliding back out.

You can get a dual switch that will fit in a single-gang box. Then you don't need to rewire that bottom box at all. Also, you need to be sure that the top box and fan are wired such that it is possible to separately work the fan and light. A picture of the wires coming into that top box would be useful to confirm the feasibility of this project.

NM cable cannot be fished, because it needs to be secured to the framing of the structure within 8 to 12 inches of the box (the "clamps" in the box do not count). Type MC cable can be fished, but will not work with that style of box.

24
Do I really have to fasten interior-wall electrical wire to a stud to keep it from moving?
5
Is this an adequate junction box wire job using a standard electric box? (pic included)

3
How does one typically do "Old Work" with metal junction boxes?
1
Which wires do I connect to my new ceiling fan?
0
Bathroom exhaust fan/light combo only fan works
1
Options for mounting a ceiling fan box directly to interior wooden Ridge Beam
4
Need help wiring two lights from a switch at the end
3
Separating 12-3 wire from panel to feed a bathroom fan and light
1
Tips for getting cables through old work box knockouts and into wall