Hardware (clamp and/or spacers) to mount a horizontal pipe to a roof?

Related question: What is this called (adjustable angle pipe footplate)?

After posting that previous question, I began to think that there's likely both a cheaper, and sturdier way to accomplish what I'm after.

Here's a sketch of the plan. The gray lines represent the garage. The red and blue lines represent a tarp canopy frame that will be built with 1 3/8" chain link fence pipe and steel brackets. 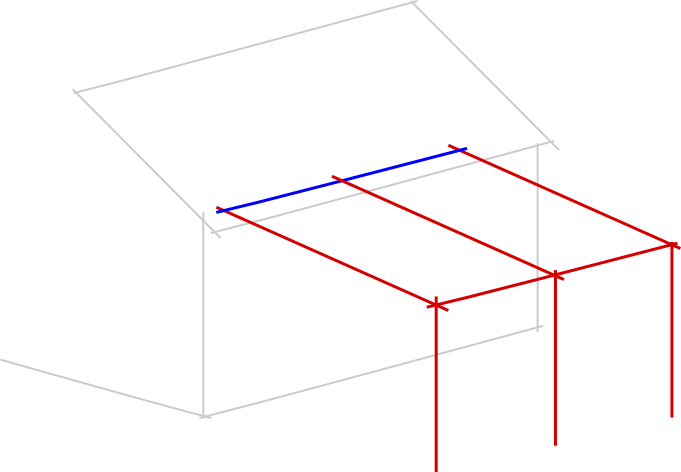 The blue line represents the pipe that I'd like to mount to my roof. It would run horizontally. A simple pipe clamp would likely work, but I'd like to get some space between that blue pipe and the roof to allow some air flow (and water, of course, as it needs to reach the gutter).

Is there some sort of sealable roof flange that would give me 6" or so to work with in height that would allow for a pipe clamp to be bolted to the top of it?

If I had to invent something, this is what I was thinking. Essentially a reinforced angle bracket with mounting holes that can be covered by a shingle and a mounting hole in the air that one could bold a pipe clamp to. 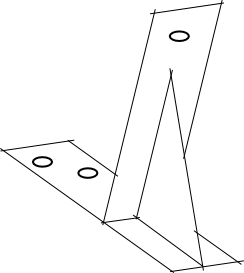 Since this seems to be a temporary canopy, messing around with the roof's integrity (by adding a few attachments) is probably not desirable: it will cause premature aging of the roof and increase the probability of a leak. Obviously it can be done, for example solar panels on a roof, but that adds ongoing maintenance to make sure the fastening system is rain proof.

Why not mount the frame under the eaves? Unless the roof joists are far apart, it probably isn't necessary to run a pipe across. Instead, fasten each horizontal pipe from the canopy's top to a roof joist (if they are exposed) or to a hefty screw. If the gutter is in the way, then just use some baling wire between the pipe and the screw. 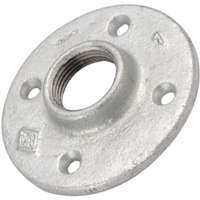 EMT connectors, to screw into flanges and tees 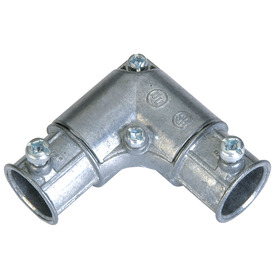 and galvanized pipe tees and other fittings as needed 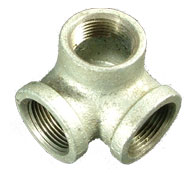 I have built several low cost awnings like this, it ain't pretty but it is cheap. Those other specialty fittings referred to on other replies are designed for specific purposes and either will not fit EMT properly or will be expensive.

Not the answer you're looking for? Browse other questions tagged roof pipe hardware brackets or ask your own question.

2
What is this called (adjustable angle pipe footplate)?

3
Best way to flash an EPDM rubber roof on a concrete roof deck?
2
What is this called (adjustable angle pipe footplate)?
0
Mount horizontal 6" metal exhaust pipe to wall economically?
1
Low Sloped Asphalt Shingle Roof Remediation
2
Lock type for a door on a large box
0
Reverse osmosis water filter installation
0
What is this mountable adjustable clamp for a pipe called?
1
Roof mount a schedule 40 PVC pipe, looking for angled/adjustable roof flange
1
Water leak at outside copper-PVC pipe connection
1
What are these pipes sticking out of the ground and foundation wall?