How do I seal a gap between a concrete step and the entrance of the house?

It currently looks like this. The previous owner did a lame job and now I have to rebuild this. What do I use to seal that gap? He did not put any rubber backer rod there or anything like this. 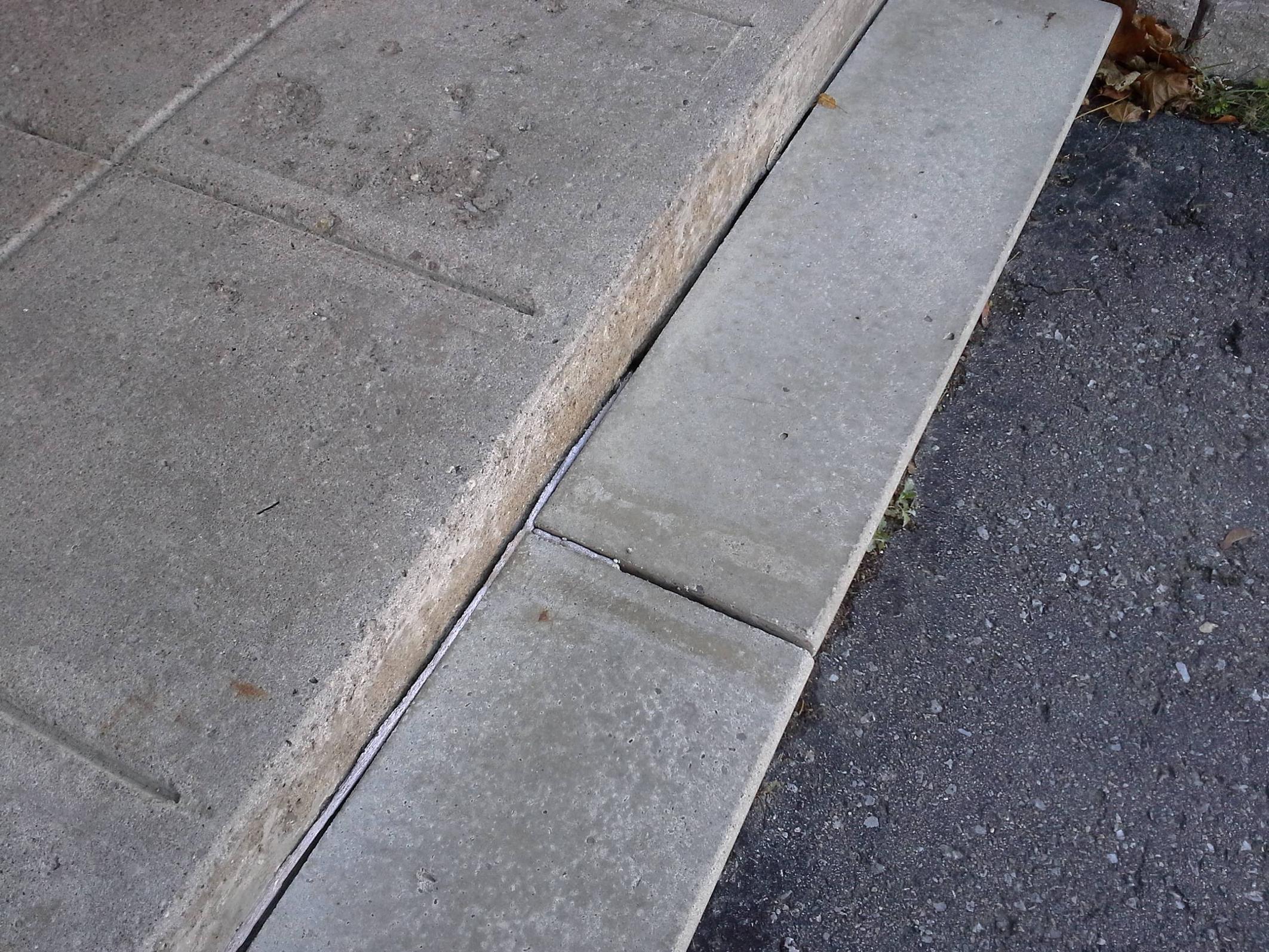 the dime coin shown in this picture is 18mm in diameter 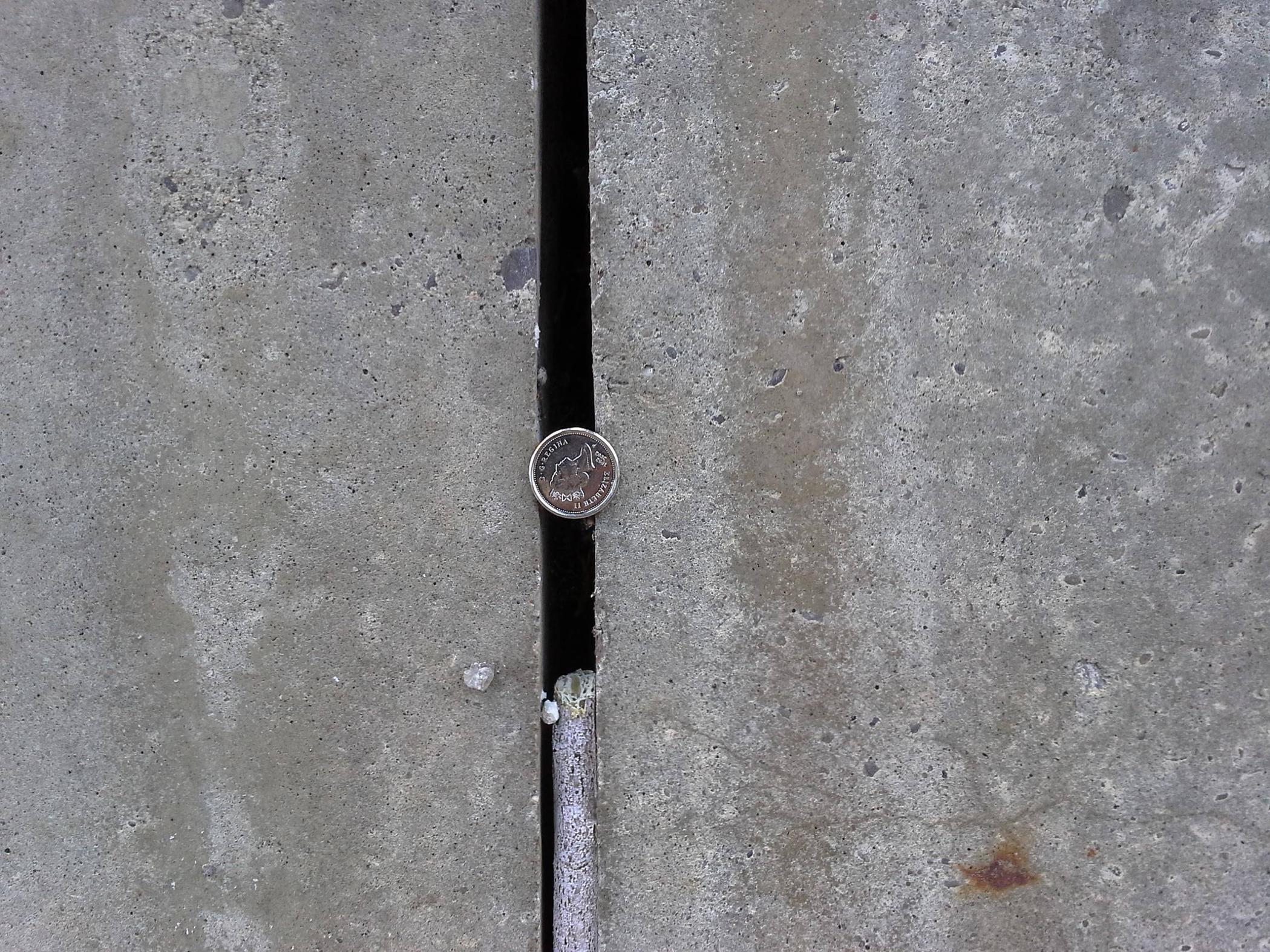 Here is what it looks after two weeks 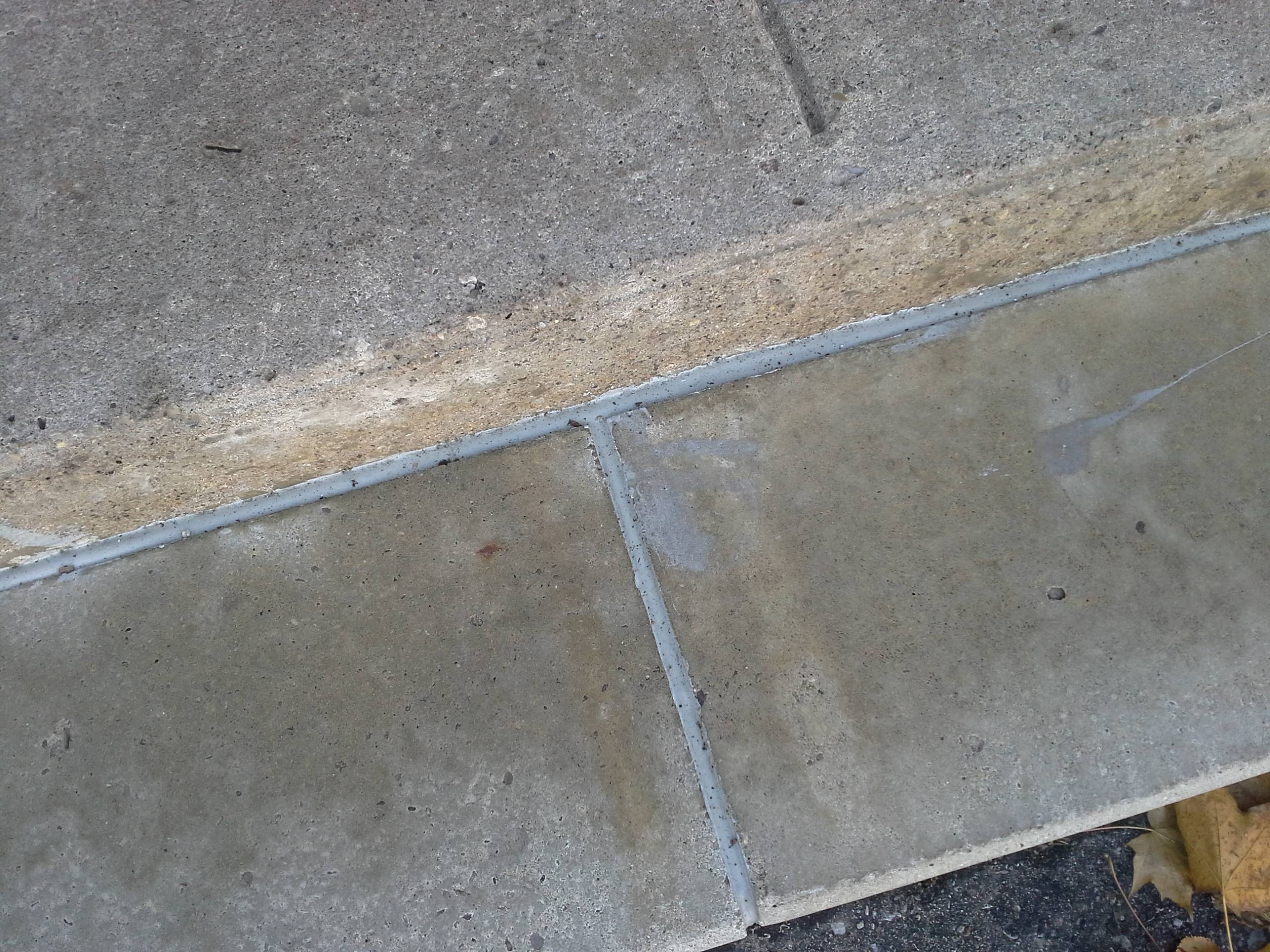 Are those two concrete slabs just laying on dirt or are they attached to anything?

If they are just laying there, which is what it looks like, putting goo between them is not going to work because they will move around due to changes in temperature and work loose.

Assuming the blocks are free standing, the natural thing to do is just leave them as is.

If you are determined to get a perfectly sealed fit, the blocks need to be attached both to each other and to the stoop. One way to do this:

2a. If the stoop is just laying on dirt, like the blocks (doh), then dig under the stoop all along its length until you have at least 6 inches of overhang, then put down an inch of gravel, then two inches of concrete, and finally a thin mortar bed. Before the mortar bed sets, put the two blocks back on top and the mortar bed will hold them firmly to the stoop and both will be joined to the concrete mini-foundation.

2b. If the stoop has a good foundation (going below the frost line 4 feet down into the earth), then you are going to need some kind of bolt system at the very minimum. The idea here is the same as 2a except that the mini-foundation will be poured over bolts or rods that are driven into the stoop, thus joining the two together.

Obviously, as you can see, all of this is a lot of work. The bottom line is: no foundation, no seal. This is because without a foundation stuff will move around. If you just throw pavers on dirt, they are not going to be sealable in a climate which has below freezing temperatures.

They look pretty stuck-in-there to me; use the good stuff:

WARNING! Contains chemicals known to the State of California to cause cancer, birth defects and/or other reproductive harm. FOR INDUSTRIAL USE ONLY! For use only by trained and experienced professional applicators.

So, according to the state of California, this stuff must actually work. I've used it before; it really does stay elastic. And it's expensive too, so its got that going for it.

0
Do I need to suplimentary seal the joint between pavers and patio edge when that joint is used as a drain channel?

7
How can I seal the large gap around my fireplace in a way that is safe and prevents air inflows?
0
Fixing poor caulk job at aluminum siding and window trim
2
How can I fill a gap between the exterior wall and trim?
0
Best method for sealing underneath basement window sill?
1
Is it okay to apply silicone sealant on damaged silicone?
2
How do I seal between the soffit and frieze board?
2
How should I seal a 2 inch gap between my driveway and garage slab?
1
Filling a gap between drywall and stair stringer
0
Should the tiny gap between exterior window trim and the window housing be caulked?