My AEG MICROMAT_COMBI 635 often halts with a beep and an error E14. I then need to temporarily unplug it from the mains power. I remember this annoying error occurring since years (it first made me stop programming its preference keys, and later I even gave up setting the clock), but recently it even started to occur after plugging in the machine, making it useless.

Searches on the web indicate it might have something to do with a cooling flap which opens when using the appliance as a microwave. Someone even wrote that AEG claimed that the main circuit board needed replacement, but that spares are no longer available. Some say it's a broken stepper motor.

The English aeg-electrolux.com website doesn't seem to mention this product, but the German and Dutch versions actually offer a self-care, which indicates:

Problem with air-valve motor or switch. These should be replaced by technicians.

Can I fix it myself?

Indeed†, it's a malfunction of some air valve (also called a damper mechanism), either a motor or a switch. The motor drives a plastic white wheel, which is shaped as to trigger a switch at some positions. The plastic wheel also drives a pole that opens an outlet that is visible from within the oven, next to its internal light. 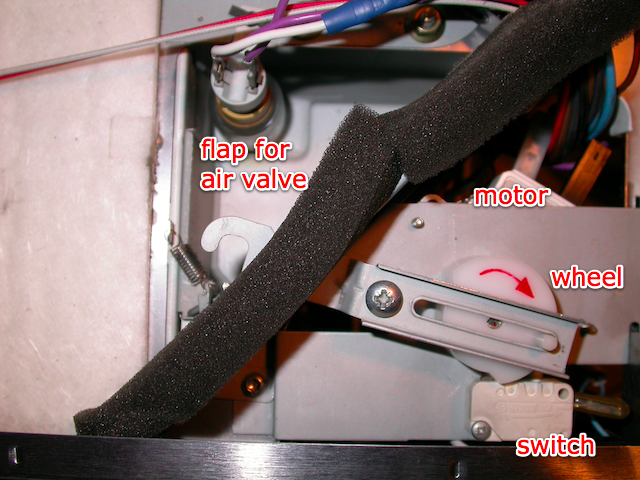 The motor is not a stepper motor; mine is labelled: 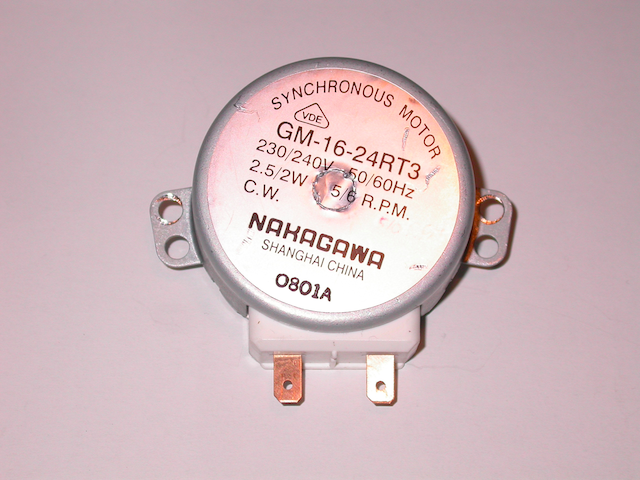 Google finds a lot of hits searching for GM-16-24RT3, 8996619164990 or 76X5609. Prices range from €42 to a whopping €150; some websites even show different prices for the very same motor, branded for AEG or Zanussi... The turn table and stirrer use similar motors, but it seems they differ in rotating speed (not too important for the air valve, I'd say) and for the D-shape axle.

On normal behaviour, when plugging in the mains power, you should hear a soft click. That's a relay switching on the 110/220 volts power for the motor. The motor should then run immediately, until the appliance can safely tell that the air valve is in its closed position. Also, the motor will run to open the valve whenever the microwave is used, or to close it when the appliance is switched off after using it as a microwave. If the expected position is not found within 60 seconds, then you'll get the E14 error. (A normal full round from closed, to open, to closed, takes about 12 seconds.)

In my case sometimes the motor started running right away, sometimes did not run at all, but also often the motor seemed to be switched on only after about 20-30 seconds after plugging in the power. In all cases I could hear some relay click (but there's quite of few of those) as soon as I plugged in the mains power. However, after repairing, it now always runs right away. So in retrospect I assume the motor should have started turning right away before repairing as well.

First of all: there's some big capacitors inside the housing, that might cause electric shocks long after you disconnected the main power. Beware.

Seen from above, the plastic wheel should turn clockwise. Due to its internal gears, one cannot move it manually, but applying a little force (just a little!) might make it start running. To ensure the motor is causing the problem one might want to see if it gets power (110/220 volts), or play with the switch a bit. One might feel some light vibrations as well. (I only noticed vibrations when I took the motor out of the appliance and connected it to the mains power using some wires.)

I found it impossible to bend back the little clamps that keep the motor's cover in place, but with some force I could simply flip it open with a screwdriver.

It should be fairly easy to remove all gears, incuding the middle gear with its magnet. The latter was stuck in my motor and the first time took some extra force to take it out. But really, one should only have to overcome the magnetic force, nothing else. None of the gears are somehow fixed. There are no springs inside. :-) 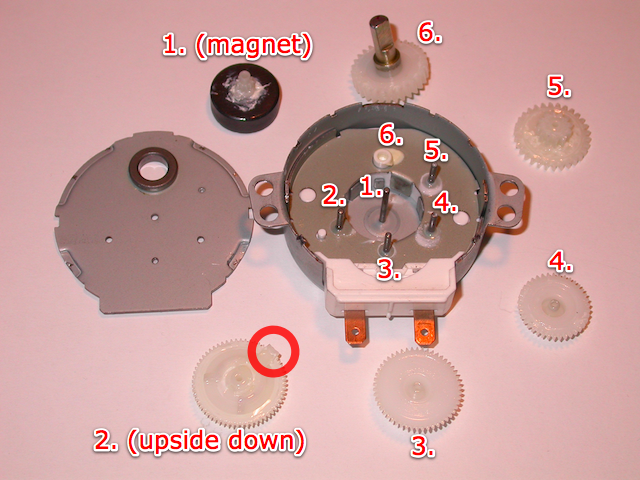 In my case the internals of the motor (especially the middle gear with its magnet) were just a bit sticky. This caused the motor to not get to run at all, or just taking too long to start running. I cleaned it up a bit, and applied some new grease.

An electrical motor that runs on AC power can often randomly run in two directions, while this one should only turn clockwise. When starting to run in the wrong direction it should be blocked, which will make it change its direction. To achieve this, the second gear has some notch that can rotate by itself (limited by the little plastic pin next to the axis of the second gear), and can block the first gear (with the magnet) if rotating into the wrong direction. This rotating notch and the second gear are "attached" to one another using some grease, which makes them rotate together unless somehow blocked. So: don't remove the grease from the second gear! 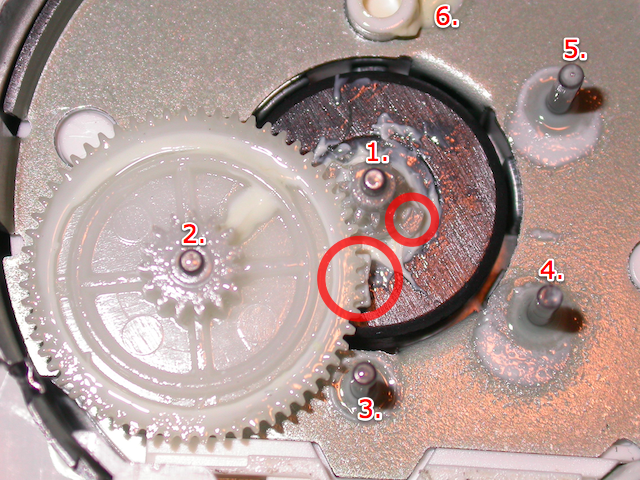 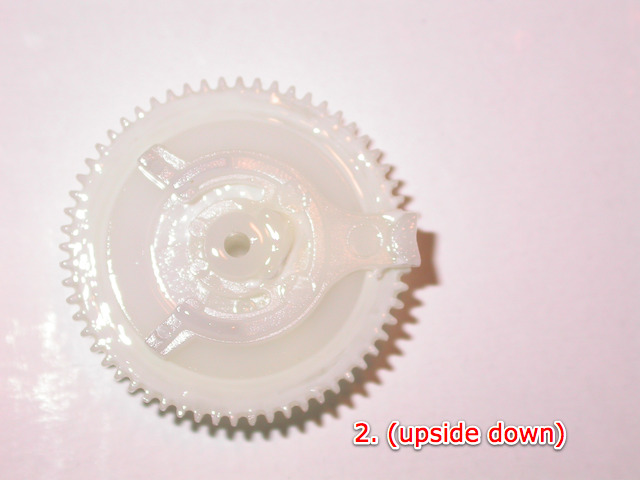 After closing the motor I did not need to tighten the clamps any better. Once the motor is in place in the appliance, there's no way the cover could get loose anyway.

† As I don't have some blog where I can post this, and as many other websites don't allow for images, I have decided to post my experiences as a self-answered question. I originally posted on ApplianceWiz, but that site is about to die. On that site (repeated here for search engines) someone responded: I just have the same error with a THOMSON microwave oven [...] So I opened my oven and I saw the motor you've described. I hope someone finds it useful one day.

Not the answer you're looking for? Browse other questions tagged repair appliances or ask your own question.

0
How do I troubleshoot a Kenmore HE washer with an f-21 error?
0
Frigidaire Dryer with error E64
2
What happens to washing machine with bad bearings?
1
What, if anything, can I do to fix this treadmill?
7
Trial and error to choose glue for plastic handle on refrigerator?