What type of refrigeration is recommend in a cabin with sub-freezing temperatures?

In the winter the indoor temperatures in our cabin often reach as low as 10° F (-12° C). We had an old refrigerator that worked just fine in these circumstances, but when we purchased a new refrigerator it failed even after multiple repairs. Upon reading the manual I discovered that it is only designed for operation in temperatures above 55° F (13° C).

Now we need to find a working refrigerator before winter. Preferably we would like one that maintains the correct temperature in the presence of extreme cold. Barring that, we would take something that just doesn't break when it gets too cold.

RepairClinic, among others, seems to indicate that refrigerators just won't work at this temperature because of premature compressor failure:

Anecdotal experience seems to contradict this, saying that it will work in the winter:

Unless you live someplace REALLY cold (and by REALLY cold, I mean close to the arctic circle cold, not "it sometimes snows here in february" cold), a fridge in an unheated garage is fine. Really. Me and everyone I know has a fridge in our garages, and nobody I know has every had a problem with things freezing.

The refrigerator before our most recently broken one worked just fine for several years, so that one is a point in favor of "they will just work." Meaning, the fridge didn't completely fail - even if it didn't maintain the right temperatures during the winter.

I have only been able to find one refrigerator that advertises the ability to work in cold temperatures: The Gladiator. My only concern is it appears 3 inches too tall for our cabin.

It seems that as long as the refrigerator won't fail, this device can solve the problem of the freezer not working in the 32-50° F range. But how can I make sure the refrigerator doesn't fail?

Has anybody else had to deal with this problem?

Another option is an inline thermostat that will literally cut off all power to the frig once the temp drops below a certain point. That will prevent it from running when the temp is so low it could damage the frig. Something like this: 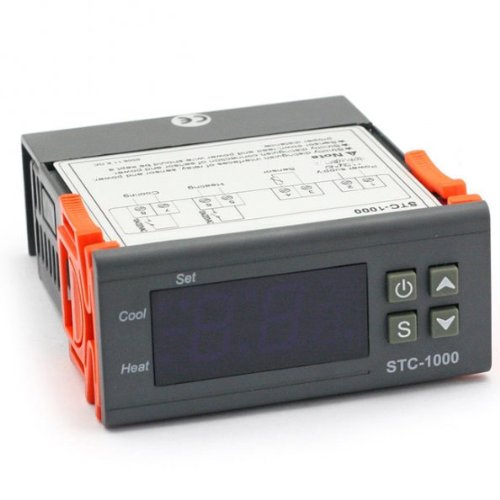 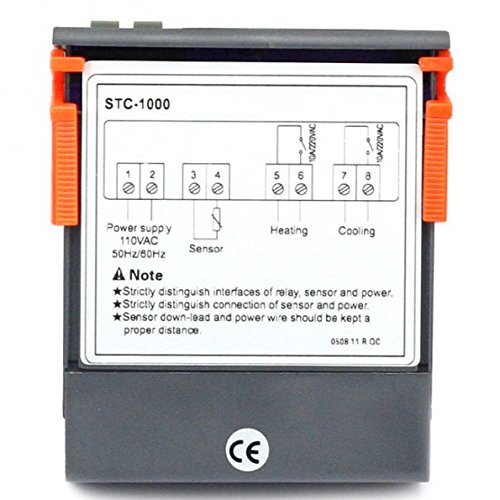 It's good for 10 amps which should be plenty for a frig. $18 on Amazon

That won't prevent everything from freezing if the cabin is 10, but will save the frig. This also has the advantage that when the temp goes back up, the frig resumes normal operation. Said another way, this is like unplugging the frig, but plugging it back in so the meat won't spoil when the temp gets too high.

You may be able to use a propane or natural gas powered fridge. They have no moving parts that would break; in the extreme cold, I'd imagine that only the pilot light would be on.

I've stayed in a cabin that had one of these that was regularly exposed to -25 F, and it lasted for 40+ years.

I don't see how a fridge could keep food above 32º in sub-freezing temperatures unless it was specifically designed for that and has a heater. I assume that's how "The Gladiator" works? Frankly I don't believe that forum where someone claims stuff won't freeze. Maybe if it just dips below freezing for a few hours overnight, but long term there's just no way.

It looks like "The Gladiator" has detachable casters, maybe you can remove them to get back a few extra inches of height?

Not the answer you're looking for? Browse other questions tagged appliances refrigerator temperature or ask your own question.

3
Freezer is cold but not freezing at all
1
Refrigerator not cooling, freezer is cold, no ice obstruction
0
Freezer not freezing, fridge works fine
1
Freezer periodically thawing out
0
Refrigerator seems to run continuously (or very long times)
3
How to use a side by side refrigerator in a cold garage?
0
Are freezers afected by subfreezing temperatures, (weather)
2
Meausure the temperature of a fridge