What are these male sockets called, and what are they used for?

This has taken me an embarrassingly long time to figure out, but how the heck do male sockets work? Or, what are these different tools called?

A socket wrench is usually male. A socket usually has two female ends: 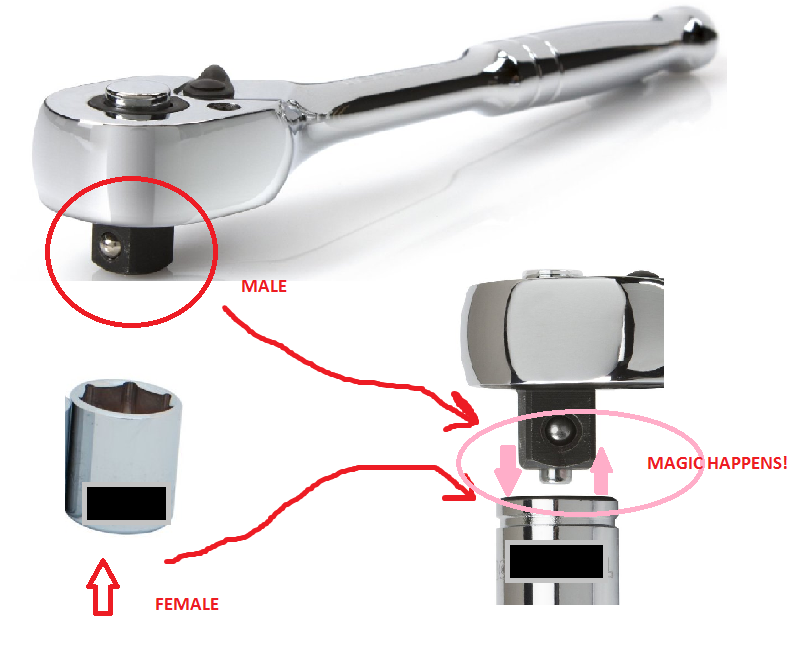 But I also have some of these male sockets. It also looks like socket extensions suffer from the same problem: 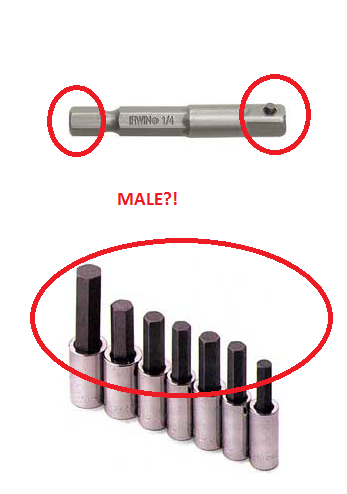 Are there female socket wrenches? How would I know which type I need?

Or, for the real-world example that actually inspired this question:

(ignore the fact that those are flex-sockets) 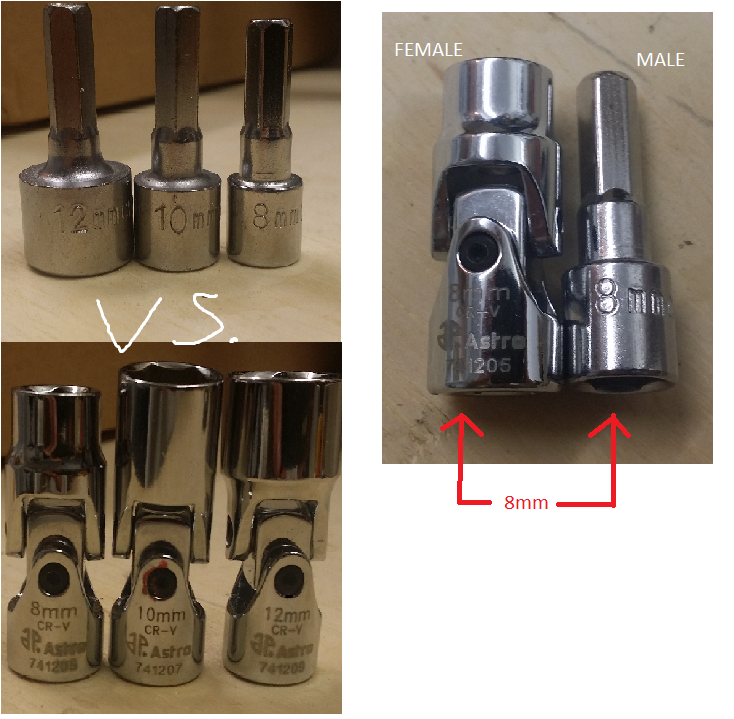 This bit is a hex shank to square drive adapter, which allows you to use square drive bits with a drill/driver.

The second set of tools is hard to tell for sure what it is. If the sliver bit at the bottom has a hexagonal cutout in it, then they are hex shank sockets. If that's what they are, they allow you to drive hex bolts/nuts using a drill/driver.

If the silver bit at the bottom of the second set of bits is square, then they are square drive hex (allen) keys. In this case, they allow you to drive hex/allen bolts using a square drive tool. 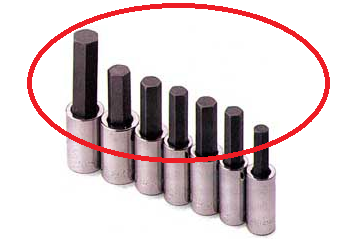 These are defiantly hex shank sockets. They have a hexagonal shank, and a hexagonal hole at the other end. They allow you to drive nuts/bolts using a drill/driver. 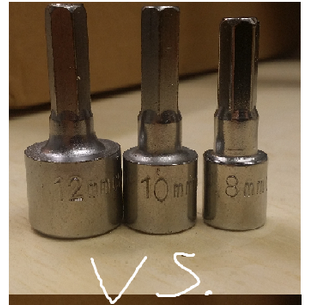 These appear to be flexible (jointed) sockets. They should have a square hole at one end, and a hexagonal hole at the other. They allow you to drive nuts/bots with a square drive tool. 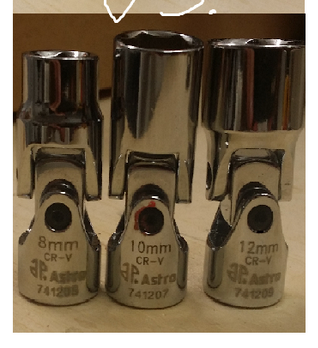 The top bit is for driving sockets with, for example, a power drill. The bottom bits are for turning allen screws with a socket wrench.

Yes, variously over the years, there have been female ratchet wrenches produced. The name is pass-through socket set if you're trying to search for them.

The idea is that the male driven socket is tubular, removing the need for deep well, standard and shallow sockets. Plus the drive head is closer to the nut putting more twisting force on it instead of tipping off like a deep well socket will do when trying to turn it.

Originally, these were produced as car alignment tools through companies like Snap-On as some of the link bolts were essentially threaded rods that could be longer than available deep well sockets, likewise some of the shock absorbers used long threaded rod ends.

They've also been available in construction where threaded rod is used and you want a faster, more sure way of installing nuts than using a wrench.

One example of the technology.

Another, Craftsman Max Axess with fits-all spline drive (hex, square, 12-point, spline, torx). You can get the matching power ratchet from them. 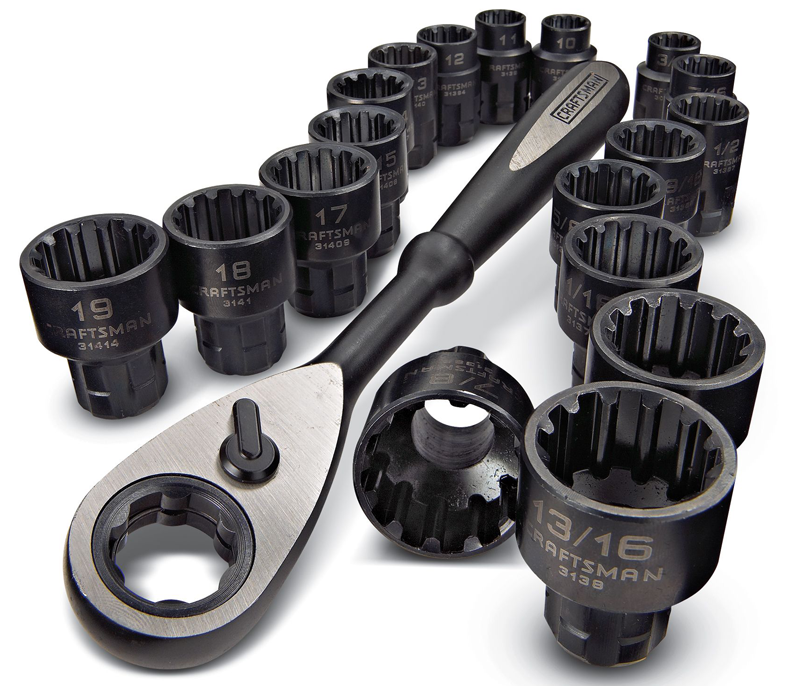 They don't tend to catch on for general use as you can't just pick up a standard ratchet, tee handle, L-bar, torque wrench, speed driver or extension and use them, plus finding an air ratchet to drive them is impossible unless provided by the manufacturer and you're just not going to be using them on an impact wrench.

The one you have that is matte silver is meant to go into a hand turning ratchet (looks like a screw driver, but with a female side) or most likely a drill so you can use the sockets on there.

The line below that looks like Allen wrenches for your socket wrench. 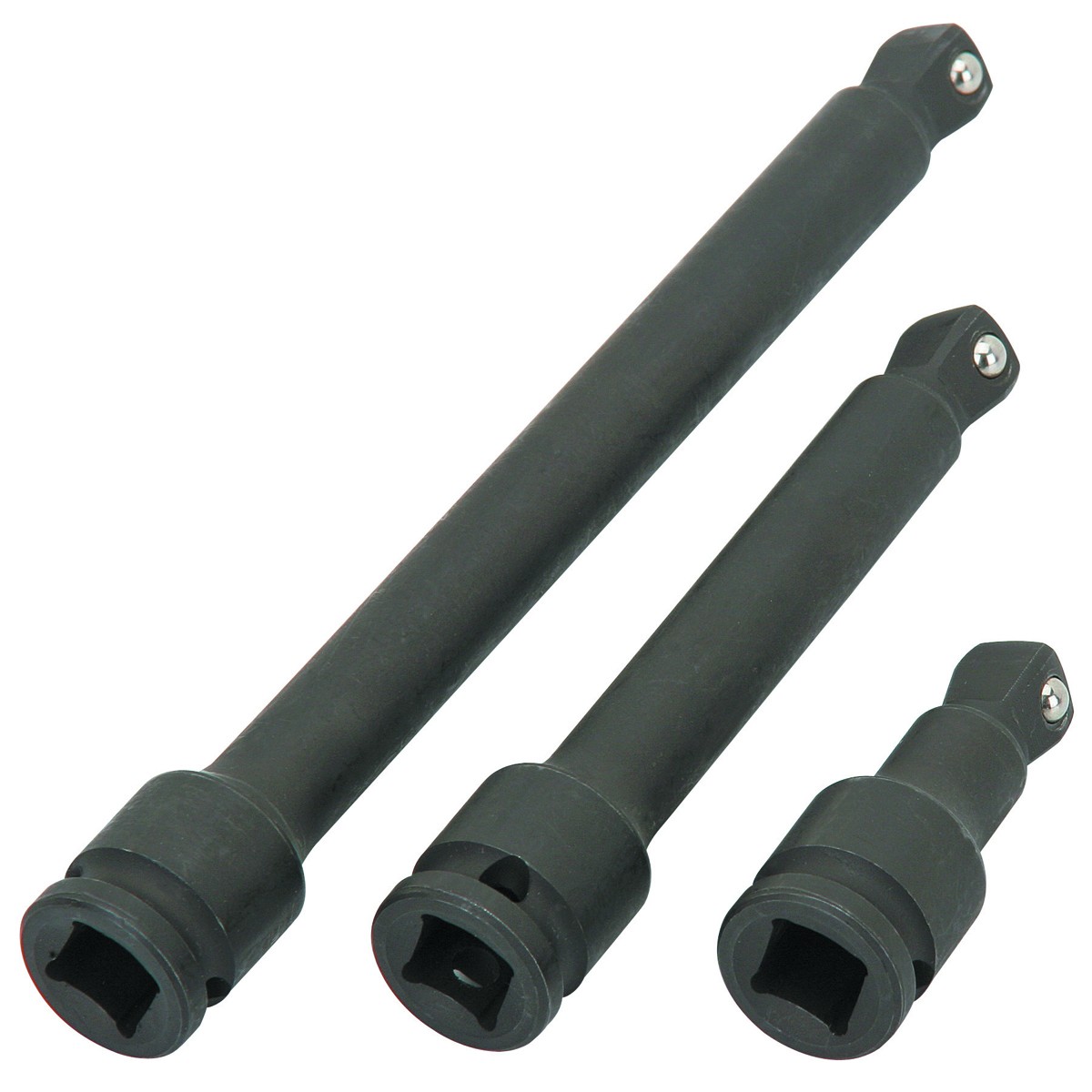 Not the answer you're looking for? Browse other questions tagged hand-tools socket or ask your own question.