How can I repair a cinder block wall around a sewer line?

After having replaced ~30' of 4" cast iron w PVC, I'm left with two holes in the cinderblock foundation. The holes are the height of 1 block and about 1/2 the width of a block. These leaves a pretty significant hole around the pipe.

I'm inclined to think I'll need to build a crazy custom form to go around the pipes and be able to access the hole as I work.

But I'm also thinking there has to be a better way.

Both holes have already been backfilled inside from the top. So all work needs to be done on the exterior.

Also note the rubber boot between the PVC and the cast Iron? I've found mixed opinions on the need to surround that with poured concrete. In truth this work (the butt joins not the wall repair) will likely be revisited several years in the future.

Here are pics of both sewer lines. Also note - both lines now have clean-outs and boots. The pic on the second one was taken before that was completed. 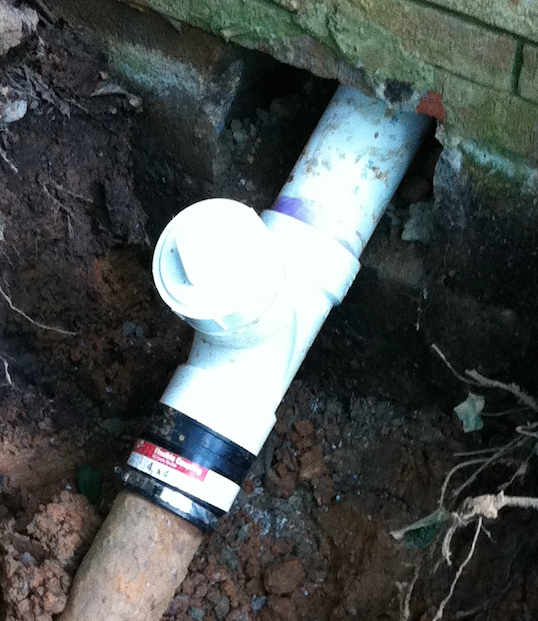 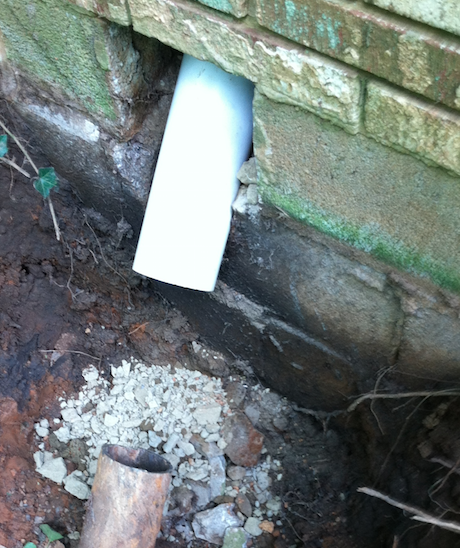 I would fill the wall around the pipe with hydraulic cement to get a water-tight seal.

Both the PVC and the rubber boot need UV protection. Those should be buried under at least 6 inches of dirt (that was the recommendation of the inspector when I had to do a similar repair).

Not the answer you're looking for? Browse other questions tagged concrete pipe sewer cinderblock cast-iron or ask your own question.

1
How to prepare cinder block wall for painting?
7
Should I use self-leveling concrete or mortar to level a patched area of concrete prior to tiling it?
3
How can I cut a cinder block wall to run large round duct through it?
3
Copper pipe through cinder block wall: corrosion issue
3
open cinder block wall in basement
3
Should you solid fill a low cinder block wall?
2
How to connect 4” PVC to broken sewer line?
1
Vent Pipe Replacement In Attic
0
Repair Hole in Cinder Block Foundation
1
How to fix drain pipe threads