U.S. NEC on adding wires in a finished ceiling

I want to add a second outlet to my finished garage ceiling, about 14 feet from the existing box. The DIY info I found has all been about adding wires to finished walls.

The question is how to get past joists in the ceiling. If these were studs, then I would put a pumpkin cut in the wallboard next to the stud and drill a pass-through hole in the stud. I wouldn't expect any significant weakness to be added. But I think the ceiling joist may be different, since these joists appear to be part of a truss and are under tension. (Probably not a lot, but I want to be code compliant when I make holes.) I don't know the dimensions of the joists, but I'm guessing 2x10 or 2x12. The picture below shows construction over a much smaller room, where I had a pinhole leak in the pipe.

If I were to do this so it complies with construction and electrical codes, what codes would I be looking for? Apart from that, what is the recommended method for passing the wire through or around the joist in a finished ceiling? 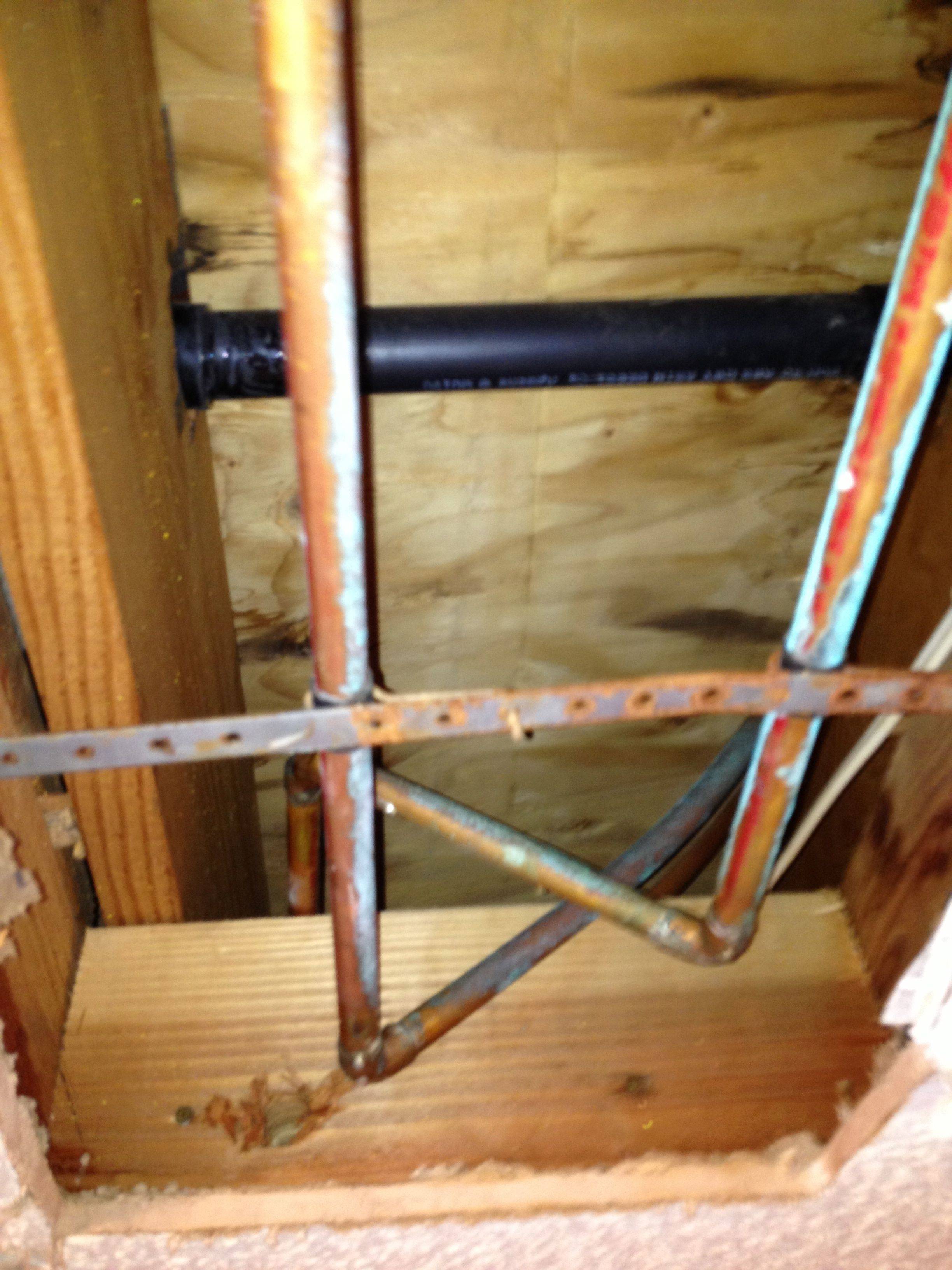 I guess the first question would be if you have a engineered truss system or ceiling joists; they aren't the same thing (as I've learned).

Is there livable area on top of the garage or an attic/loft?

If they are just ceiling joists you can drill a hole right through the middle of the joists (don't cut out notches). I've done 3/4 inch holes with an auger bit; it would fit two 12/2 wires nicely. Try to keep the holes near the middle.

Not the answer you're looking for? Browse other questions tagged electrical ceiling construction or ask your own question.

38
What are the guidelines for holes in joists?

3
How do I build a deck that is easy to take apart?
0
How do I safely install a weight bearing fitness equipment system in an apartment?
9
Can I use Romex in an unfinished basement or attic?
0
Can I run NM 12 ga circuits on a running board or MultiCable Staples across floor joists use in a basement with an unfinished ceiling?
3
How to confirm screw is attached to stud through wood plank and dry wall?
3
Finding ceiling joists in an old apartment
1
Does anyone make larger torsion spring clips for recessed lighting fixtures?
0
Running cables for a home theater: inside walls and ceilings or on the surface?
1
What should be done to check the capacity of a 100+ year old wooden floor joist?
2
Short joist not continuing through kitchen soffit foiling remodel plans