How to repair a crack along the grain in a solid block of wood from a single tree?

Approximately 3 years ago I purchased a slice of a log, approximately 50 cm (~1.5') wide at the widest place, approximately 2.5-3 meters (~9-10') long, and about 4-5cm thick (I don't have exact measurements with me right now, will add them in a comment later, if necessary and will add photos if necessary, also later). I think the wood is pine, but am unsure at this moment. The piece was cut into two pieces (~2m and ~1m).

One was treated (by me) with an oil based coating ("Yacht Varnish") with two or three (can't remember now) fairly thick coats, from all sides. I don't know whether this is a mistake or not (let me know!) but I did not fill the imperfections first, but rather tried to put enough of the varnish to coat them as well.

The other, after some time, was treated with two coats of water based laquer which gave is a nicer matte finish, in order for it not to be exposed to the elements.

The long piece was attached at the ends (screwed with 2 corner joints on each end, such that it was resting on the joints) to a wall and a concrete column. The shorter piece did not find a use.

After about a year the shorter piece developed a crack along the middle, with the grain. I did nothing about it. After we moved I turned the bar piece into a bench by screwing 4 feet into it. I did not remove the corners from the wood as I thought it might ruin the thread there, and allow moisture to enter the wood (planned to use them to add hand rests at the ends).

Despite the fact that it felt very sturdy and that people sat on it a handful of time for a total time of maybe an hour, the board developed a fairly wide (3mm I think, at its widest) crack along the grain, around the middle of the bench.

So, I have two questions: 1. I presume I treated the wood badly or this would not have happened. What should I have done differently? 2. What can I do now to stop the crack from spreading and to make the bench safe for sitting without fear of breakage? Most of all I want to avoid sanding it again as I don't have the proper place to do it and don't want to breath wood/lacquer dust.

In regard to Q. 2, I thought about adding a frame undernear, shaped as H or as a rectangle. I thought that maybe the crack didn't develop earlier since the corners did not allow the wood to expand, and now that there is nothing holding them, it did expand in an uneven manner? or perhaps that the presence of the corners did not allow the ends to expand with the middle, and it was bound to happen anyway, with the way it was affixed?

Thanks in advance for all the answers!

Photos: The crack at the end I think has been from some time after cutting the smaller part off and before the varnish: 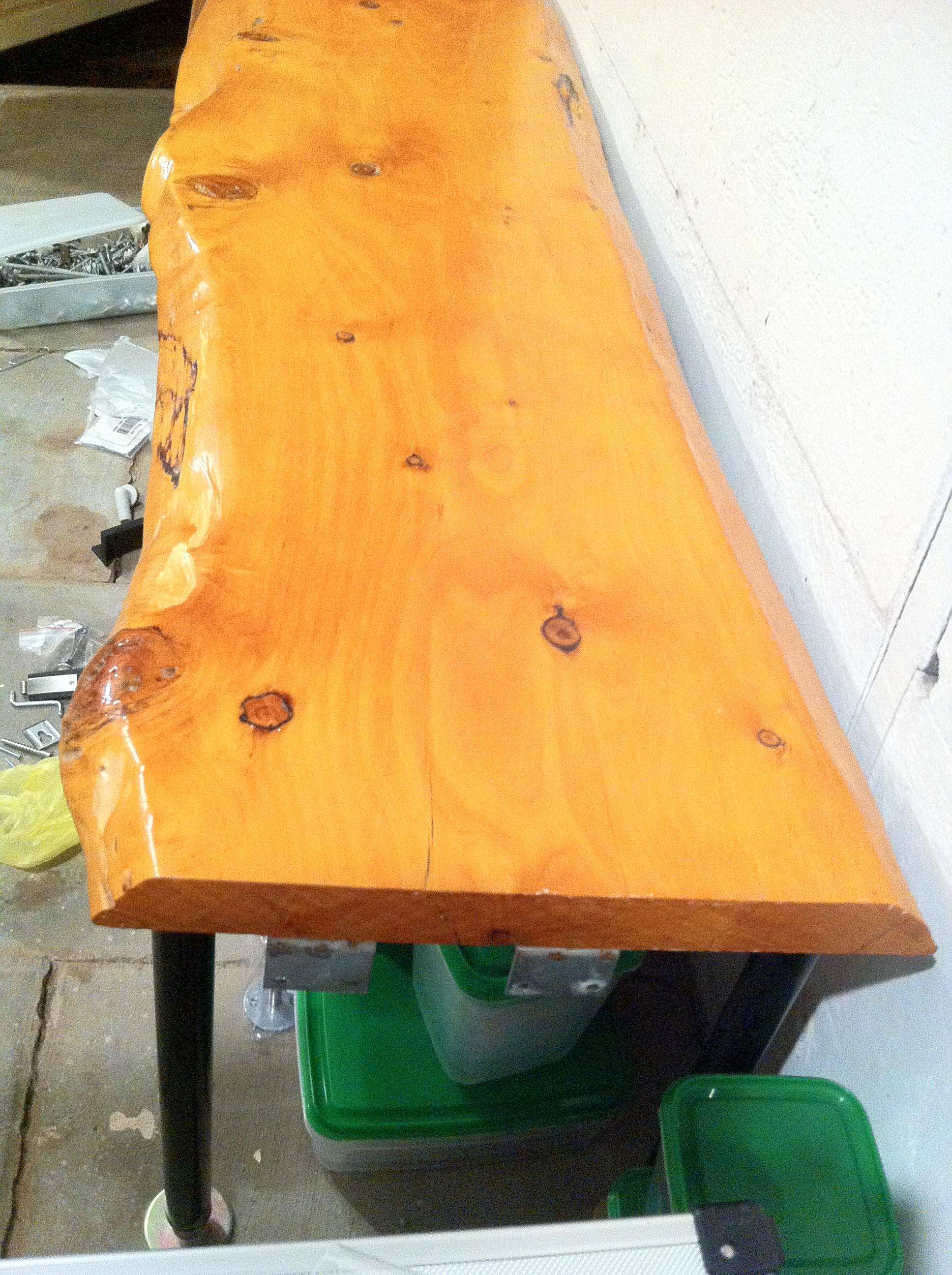 First part of the crack (it is one long crack with varying width): 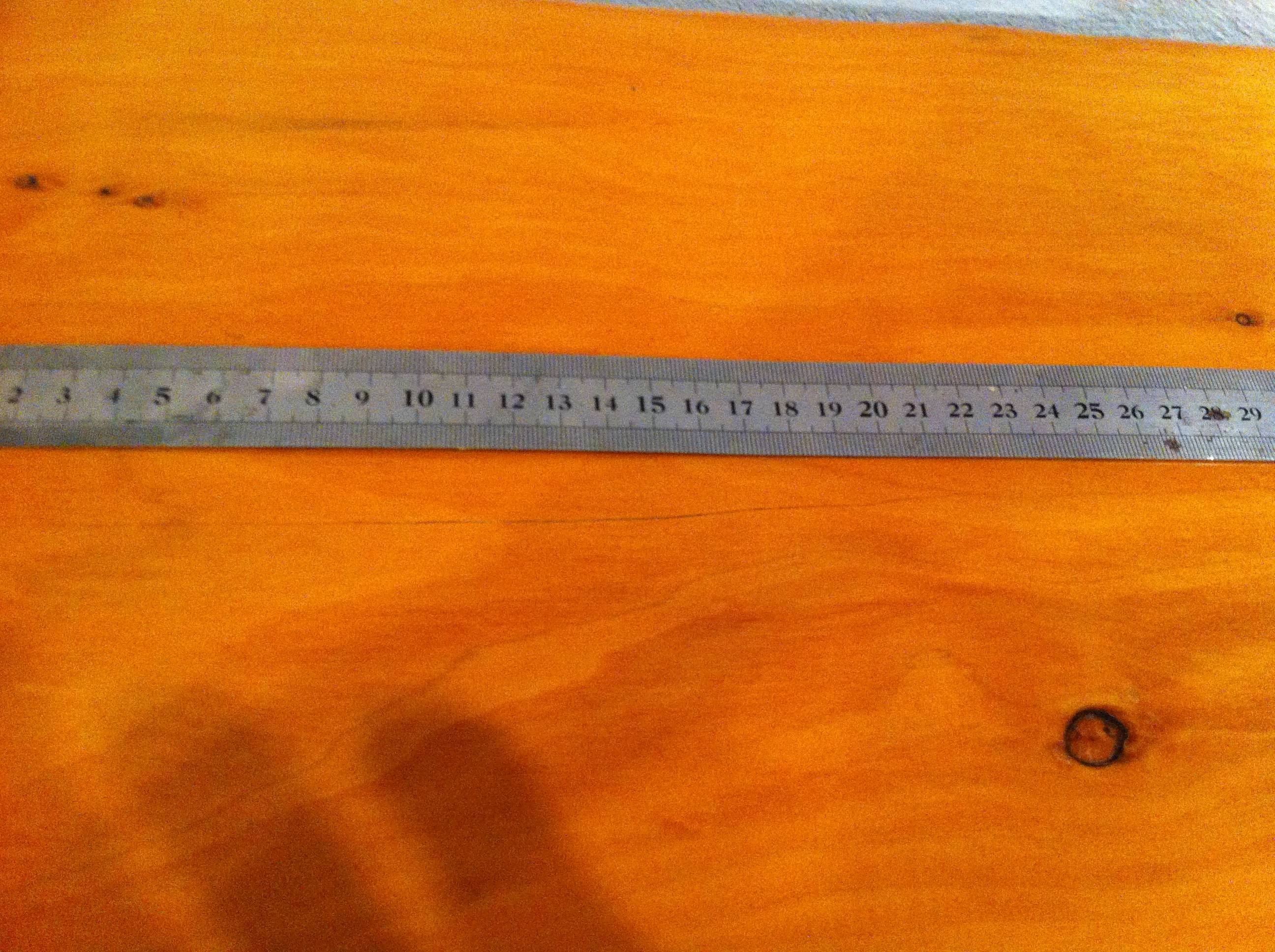 Second part of the crack: 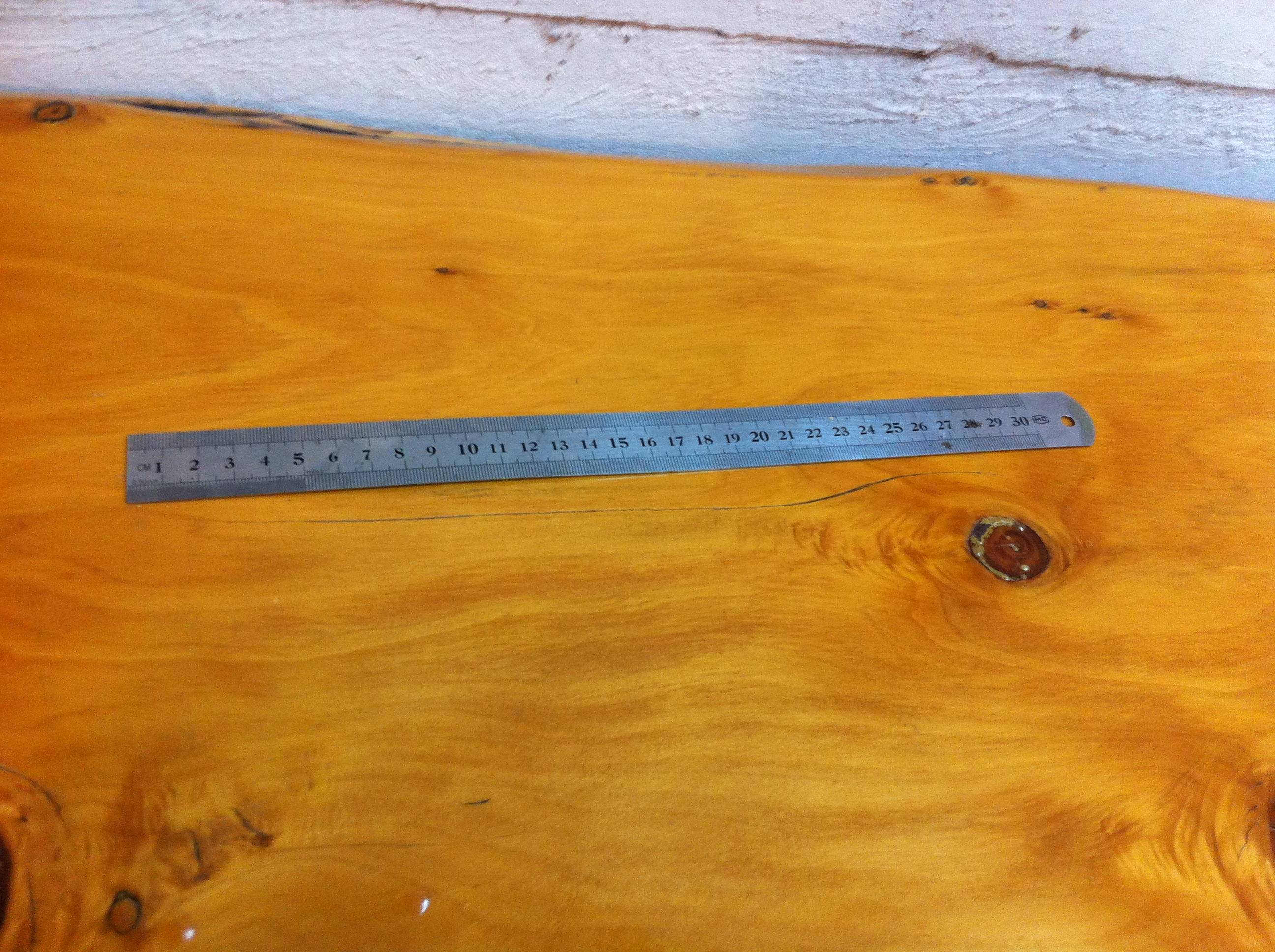 The attached pieces and legs may have exacerbated the effects by not moving with the seat but a piece of pine of that size was probably destined to crack regardless. You can try to weep glue down into it (run a line of yellow glue over the crack then blow it down into the void with an air nozzle) and then clamp out the space but it probably won't be permanent and you could damage your finish with the clamp pressure. Were it me, I'd fill the crack with tinted epoxy and let the piece wear the crack like a badge of honor. Think of a piece reclaimed pine:

Another traditional approach to reinforcing cracked wood is to install a "butterfly key" (also known as "bowtie key"). This is essentially an inlaid piece that acts as a pair of dovetail joints to tie the two sides together. Keys can be as larger or small as desired, in similar wood or contrasting wood ... the latter is a bit more common since the key's grain direction is different anyway. 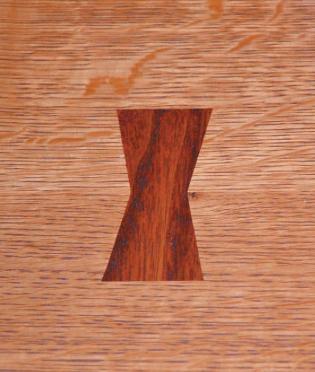 Websearch will find info about this technique; the site I swiped this image from is https://www.canadianwoodworking.com/tipstechniques/butterfly-key

1/4" steel flat stock, one under each end, cut to width. With counter sunk holes for short, pan-head lag screws. Fancy installations will have an area routed for this piece, making it flush to the surface. Ideally it runs under the legs, sharing two out of the four fasteners per leg. Sort of like this: 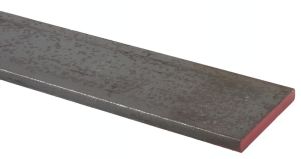 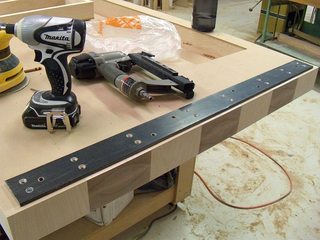 4
How do I stain pine without streaks or blotches?
9
How can I fix a hairline crack in a thin wood panel of an exterior door?
3
How to clean feet of wooden chairs to replace felt pads-
1
Can I use these tree stumps for a table?
1
How to handle expansion of wood when attaching a bed to the walls of a room
0
Adding 48" planks to widen a 36" bridge with no support at ends
1
How to effectively and efficiently remove varnish from wood
0
How to hide cracks on the joints between wood and plaster?