Why is my new garage door going through lights so fast?

A little while ago our 14 year old garage door opener broke and we had the choice of retrofitting it with modern safety gear (required by code before they could even try to fix it) and then a "moderately simple fix" or replacing it with a new opener that came with all the safety gear, and would work, and would be significantly quieter, and would cost less all said and done than just the retrofit parts for the old unit. Needless to say, we picked the new one.

When they put the new opener in, we just moved the light bulb from the old one. it had been in there for a year or two and was still fine. 2 weeks later it flashed and died when opening the door one day. It was an old bulb, so I thought nothing of it and replaced it later that day with another 40w incandescent bulb. That bulb lasted 2 months at the most before it did the same thing... flash and die when turning on (switch on, opener wasn't activated, so no vibrations at all). Another new bulb, this time a 60w "fan light" supposedly vibration resistant long life bulbs intended for ceiling fans and similar environments, one of the ones pictured is a garage door opener. That one lasted a bit over 2 weeks, maybe 3 weeks. Assuming it had to be a bad bulb, I swapped in another from the package... same thing in about a month. So I took one out of our ceiling fan that has been in there for months running just fine. That one flashed and died yesterday, after about a month.

It's a Raynor Corporal 1/2 hp residential opener which says it's rated for 100w max bulb, I've been putting 40 or 60w bulbs in, that seems fine. The unit doesn't have a lot of vibraion, in fact it's far less than our old opener (a 1/3 hp Raynor as well). Anyone have any other ideas what's killing light bulbs in here?

Vibration is still a good guess. Try a "rough service" bulb, usually sold for the work lights that you hang under the hood of your car.

You can also try a 130V bulb; cheaper bulbs are rated at 120V, and so don't tolerate line voltage fluctuations as much.

Another option is an LED bulb. A 40W-equivalent is in the $10 range, and they are supposed to be very vibration resistant.

Lower wattage bulbs don't last as long as higher wattage bulbs. If your garage has a high ceiling the longer braces between the tracks and the ceiling allow for more vibration than in installation with a lower ceiling.

When I had problems with frequent bulb changes, I used one of these in place of the bulb: 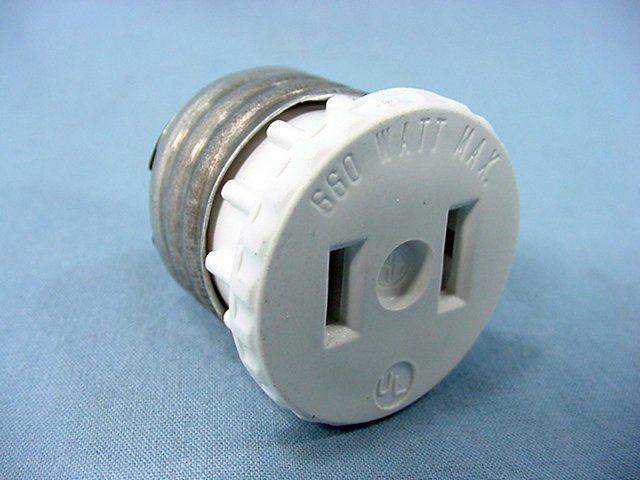 Then I mounted one of these on the ceiling: 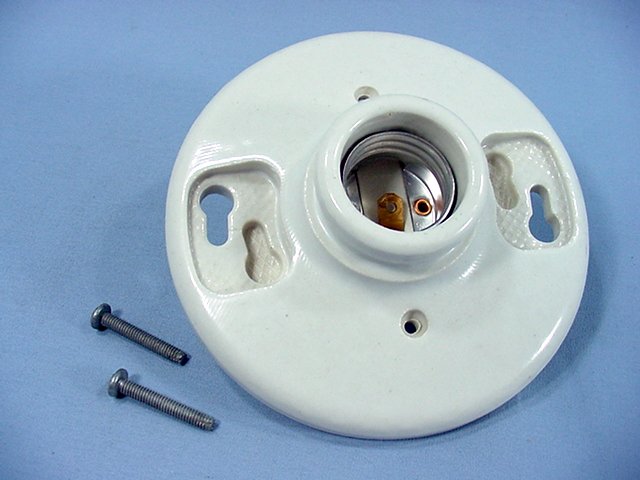 Then I used one of these to connect the two: 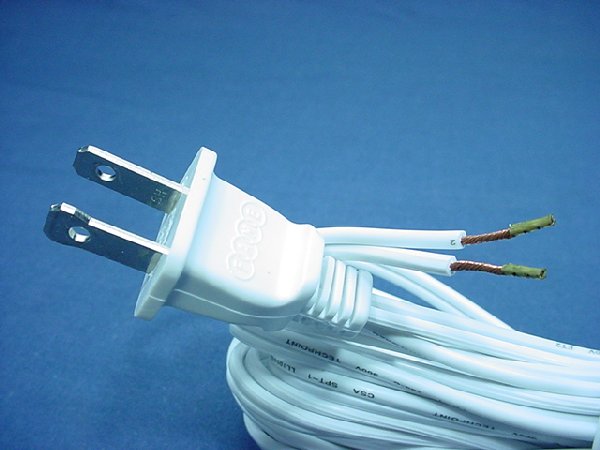 and routed the cord along the supports and used zip ties to hold it out of the way of moving parts.

Once I did this, the bulb was much more isolated from the vibration and bulb changes were much less frequent.

Try this too.... Make sure the opener is unplugged. Get some steel wool and scrub the bulb receptacle, making sure it is clean and smooth. Screw the bulb in very tightly. This may do the trick. Bulbs burn out when they over heat or just have a lot of use. Over heating is caused by a poor connection ... or an arc caused by a loose connection.

In my case, it turned out that it was corrosion on the bulb and socket from arcing that was causing them to "burn out". I was replacing bulbs for years that weren't actually bad. I had this problem with 4 openers at different houses.

My solution which has worked great for 3 years now with no bad bulbs was to clean the contacts and then use dielectric grease on all the contacts. You can buy some for ~$5 on Amazon.

Also, make sure to pry up the tab at the bottom of the socket so it can maintain a good connection.

I put a compact florescents in my garage door opener. Since they don't have a filament, they seem immune to vibration.

I've had some luck with compact fluorescents. They last several months, but certainly not as long as they're supposed to, nor as long as you'd expect a normal incandescent bulb to work. Given that CFLs are so much more expensive and require special disposal, I'm just going to buy a box of cheap incandescents and replace it regularly.

I have a LiftMaster opener and my bulbs go out frequently, although they are not burned out. It seems the socket is actually too wide for the bulb. I've never seen this problem before, but I can actually move the bulb back and forth in the socket and the light will go on and off when I do it. Seems that a little vibration inevitably jiggles it to the "off" position. Check your bulbs by jiggling or using another lamp before you throw them out, you may have the same problem? I am working on a fix, but nothing yet. Thinking about a little wedge to help hold it snug.

Not the answer you're looking for? Browse other questions tagged lighting garage-door-opener or ask your own question.