How to wire GFCI outlet

The bathroom includes a GFCI outlet that will not reset. Research revealed that such outlets do seem to stop working sometimes. So I am attempting to replace the outlet.

After pulling the faceplate off, I found an unexpected situation in the junction box. 3 wires come into the box, and the same 3 wires leave. There are black, red and white leads.

The black lead comes in and is directly spliced to the outgoing black lead with a wire nut. It is not connected to the GFCI at all.

The red and white wires are both continuous in that they come into the box and leave the box without a break or splice. In each case, the insulation was stripped in the middle of the wire to allow it to wrap around the terminals of the outlet.

If it's important to know where the hot and neutral wires eventually terminate, that will require more investigation... who knows what's been done. Not a single thing in this house has ever been done correctly as far as I can tell (e.g. built-in microwave is powered from a lighting circuit instead of having a dedicated 20 amp branch).

This sounds insanely wrong, and if it is in fact an Edison circuit -- two hots, shared neutral -- then a GFCI cannot possibly work right because the current on the neutral will not be the same as the current on the hot being measured by the GFCI. It will trip frequently.

I don't like shared neutral circuits at the best of times because remember the current on the shared neutral can be as high as the sum of the currents on the hots. Just because the neutral has no voltage does not mean it has no current, but the overcurrent protection on the breakers is on the hots. You don't want to get into an overcurrent situation on the neutral because nothing stops those wires from overheating.

Is this wired correctly, and if not, how do I rewire it so that it is?

There was a similar circuit in my house when I bought it and I ended up just pulling new correct wiring through the walls and doing the whole thing over. I concur that when you are rewiring an old house, everyone who lived there before you was dangerously ignorant; I've found terrifyingly bad wiring in GFCIs.

However, if you don't want to actually pull new wire through the walls and do it all again, the next best thing to do is solution two: get a two-pole GFCI breaker and replace the breaker in the panel. Now you can throw away the GFCI outlet and replace it with a regular outlet. The downside is (1) expensive, and (2) when it trips you have to go to the panel to reset it.

I just replaced the outlet by splicing the outlet inline i.e. both the incoming and outgoing are connected to the hot lead terminal, same with neutral.

That's solution three, and it will work, but whoever wired it up originally might have wanted things downstream of the GFCI to be protected by it. This solution breaks that property.

You want to get one of these: (A GFCI Outlet Tester). You plug it in, and it will check if your wiring is correct, or flipped. It is the fastest and best way to figure out why a GFCI outlet is not working right. 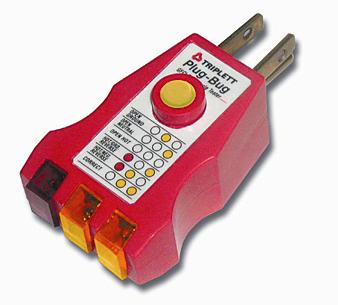 To answer Question #2 in my experience working with both old and new(er) homes, contractors seem to cut corners. However, it is very dangerous to splice a wire to just a stripped portion of another wire. The wires are much more likely to slide off and short out, causing a major problem. It isn't hard to cut the wire and do a junction (Bunch of wires and a huge wire nut)-- And it will definitely be worth it!

0
How do I wire this GFCI receptacle/switch combination device?
1
Is my outbuilding wired correctly?
2
GFCI install in old house
2
Dead GFCI outlet(s), wire is live
2
Puzzled installing combination GFCI outlet/switch to replace switch in old house
2
Putting in GFCI outlet where none existed
0
Confusion when adding new GFCI outlet
2
Replacing outlet; found one white wire hot. How to connect?
0
Regular Outlet to GFCI Outlet with four wire connections and no ground
2
Wiring question - Swapping in GFCI breaker for my dryer