How do I replace a sub-floor that goes under a wall before reaching the nearest I-joist?

In a bathroom, due to rotten sub-floor and remodelling, I have to remove the sub-floor and put a new one (we're changing the location of the shower and the sink; the plumber's going to make Swiss cheese out of it).

The challenge is that most of the sides of the sub-floor go under the walls. Some of these walls are right over the I-joist, some are not.

Where it's possible, I'm thinking of doing something like suggested here:

But I'm less inspired about a proper way to fix it where the floor is completely rotten and unusable. 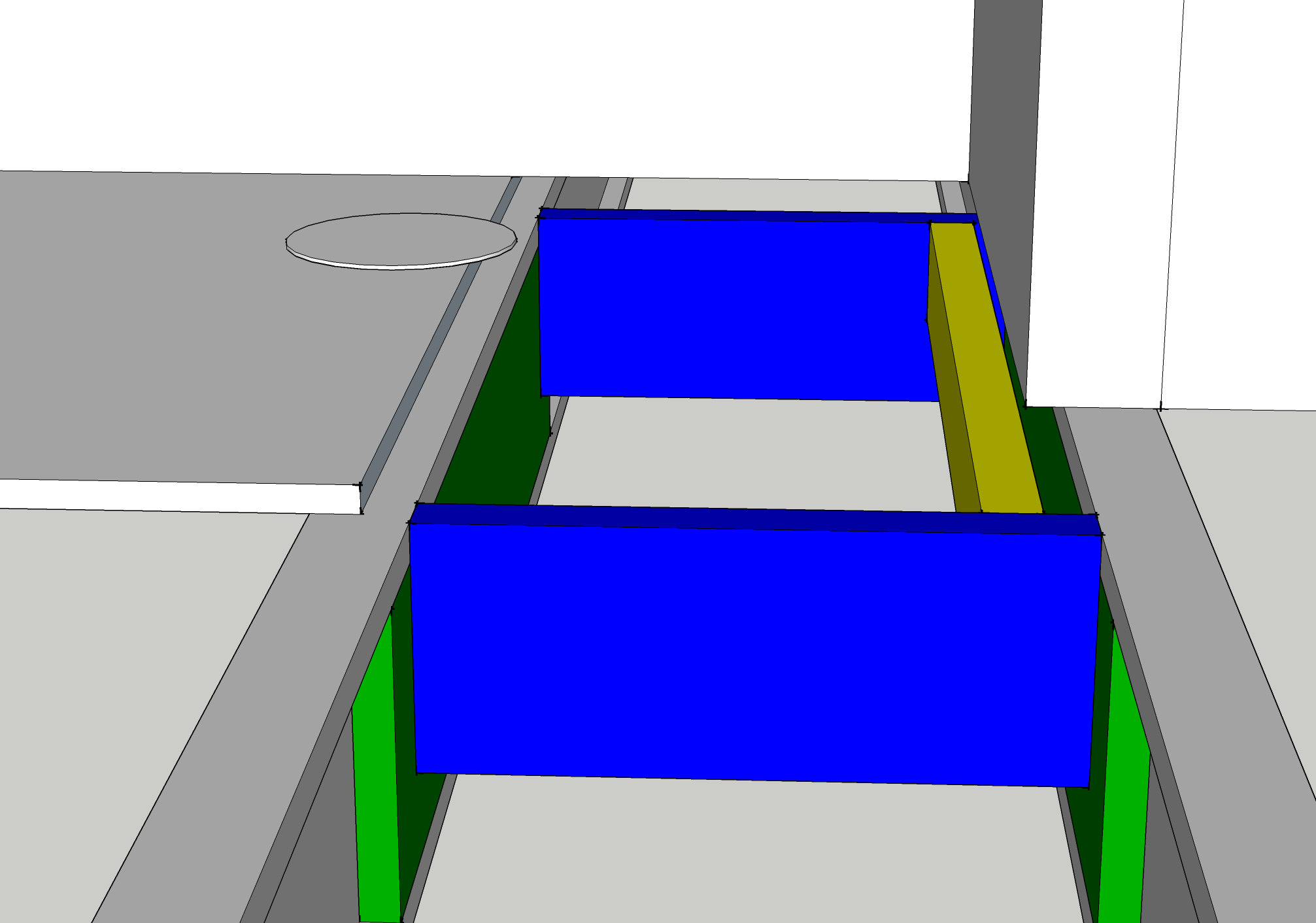 A couple of things to keep in mind:

Does the 3/4" thickness of the 1/8 that you were proposing to glue to the center web of the I-beam bridge out the whole width of the top flange of the I-beam? If not you may want to consider using 2-by material instead. Your joist hangers will nail or screw much better into the 2-by construction lumber than they will the soft pine of the 1x8 board and the OSB of the I-beam webbing.

As you suggested you really do want to screw that filler piece in after applying the glue because you will not have access to add clamps to hold the pieces in place until the glue dries. You will definitely want to pre-drill clearance holes for the screws in the filler pieces to that the screws can pull them up snug to the I-beam webbing. Make sure to deploy screws of a type and thread size so that they bite into the OSB webbing securely without stripping out.

2
Is it normal for subfloor to extend under walls? If so, how can I replace it?

3
Should I replace bathroom OSB subfloor with plywood?
1
Misaligned floor joist hangers
2
Increasing subfloor thickness under new shower pan
0
Removing attic house fan and adding subfloor
3
Unsupported Subfloor Hanging Over Joist
1
How should I strengthen my floor joists that are too small?
2
Under-floor heating and sub-floor
1
How can I remove / replace this OSB floor?
1
Raise Stepdown Living Room