How do I fix the low water flow of my kitchen sink?

Here's what I know. Our kitchen sink used to work fine, then one day the water flow was suddenly really low, like just slightly better than a trickle. We called our landlord about it, and so he came by one day while I was at work and fixed it. My wife says he basically went under the sink, did something, and the problem was resolved in a matter of minutes.

Unfortunately the problem has come back. Knowing that it's supposedly very easy to fix, I'm trying to figure out how to do it myself; but I've looked under the sink and the only thing I can really imagine he did was something involving these knobs: 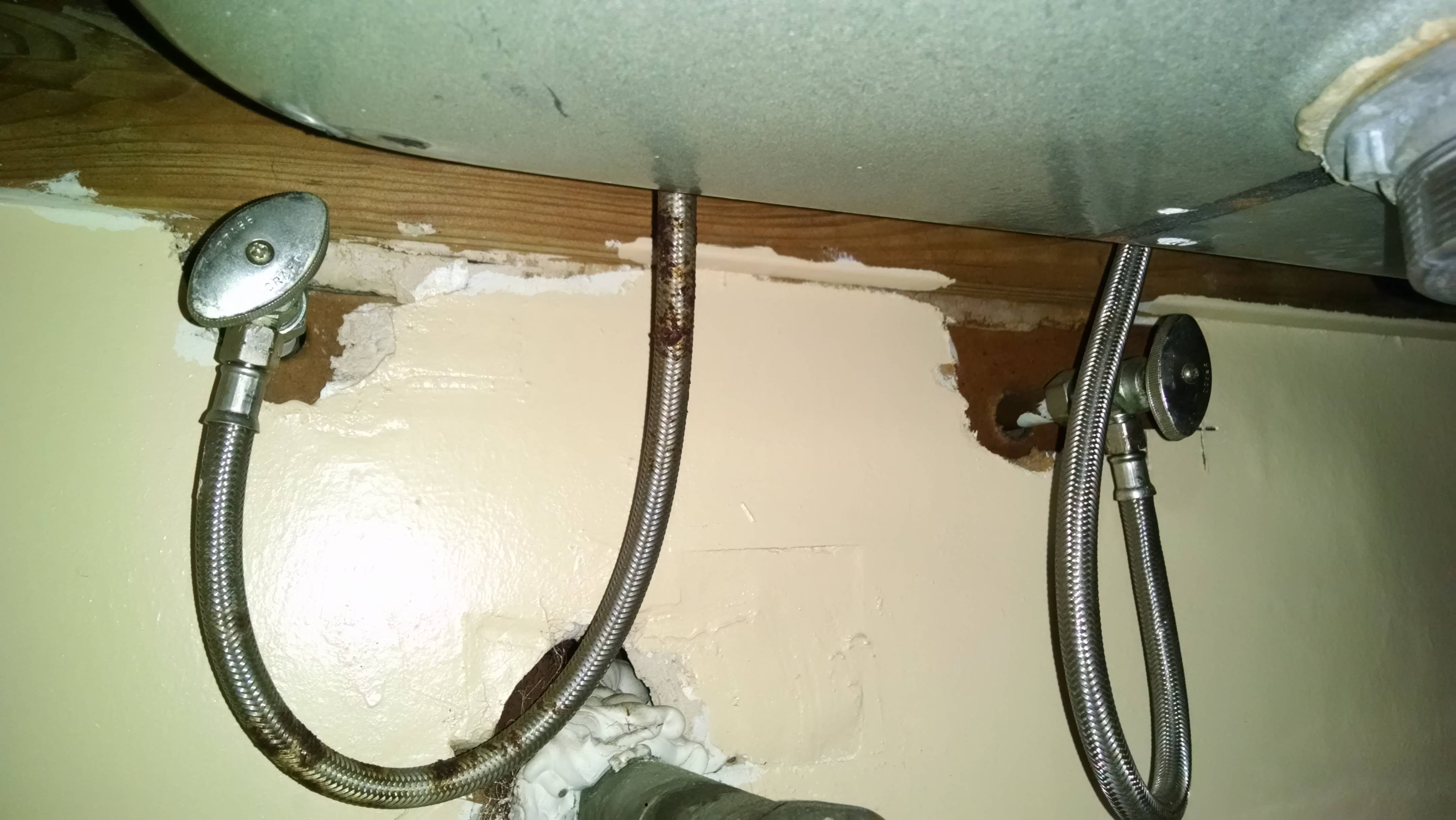 However, for the life of me I can't seem to turn either knob in either direction. I've tried loosening the screws, but those just seem to hold the knobs on (as I'd expect, but you can never be too sure).

Obviously I don't know anything about how sinks work, or else I wouldn't be posting here. I'm hoping somebody knows exactly what's wrong and can tell me what obvious thing I'm missing.

If it's just that the knobs need to be turned... any idea why they'd be basically impossible to turn? Does something else need to be adjusted first?

First confirm that the problem is at the valves and not a clogged faucet screen.

Backing-up the valve with an adjustable wrench you could turn your knobs with channel locks but be prepared for a few drips, or something completely catastrophic to happen. Not something to be messing with on a Saturday evening. Being frank, those valves are crap. Preferably use 1/4 turn valves. Seeing that these are compression fitting, they're easily changed. Ask for these.

The choke point is at the valve, this clears the blockage: Once you have the valves spinning freely, shut them off and disconnect the leads at the faucet (back this up carefully, do not twist the copper leads). Run the lines into a bucket, completely opening and closing the valves several times. Reattach them, turn them on. Do not touch them again without repeating these steps. Remove the faucet screen and run some water for a bit. Reinsert a cleaned screen, done.

Not the answer you're looking for? Browse other questions tagged water kitchens sink or ask your own question.

6
How can I stop kitchen sink caulking from peeling off after a few weeks?
0
How do I repair this friction ABS kitchen sink pipe fitting
1
When sprayer is used, all water to sink (faucet and sprayer) shuts off, how to fix?
0
No Hot Water in Kitchen Faucet, hot water runs to dishwasher but not to faucet
0
Why does cold water leak when hot water is turned on in bathroom sink?
1
Garbage disposal hums but won't spin
0
How do I connect a 1/2" PVC slip joint to a 3/8" compression fitting on a sink faucet?
1
Plumbing a dual kitchen sink path
1
Hot Water won't turn off, Cold water won't turn on in bathroom
0
How do I fix a sink that became slow to drain after pouring polyurethane down it?