What's the easiest way to reframe a portion of a wall with minimal disturbance to the electrical lines?

I'm in the process of remodeling a bathroom and need to re-frame a portion of the wall that had water/termite damage. The wood work itself shouldn't be too hard but there are romex lines running through the bottom of it: 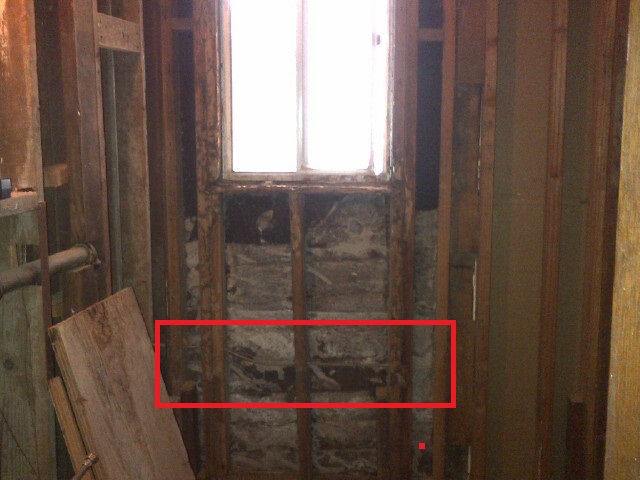 I really don't want to run new lines all the way from the breaker box. What's the easiest way handle electrical here? I was originally thinking:

2) Cut line and remove the both ends from the funky wall.

4) Drill holes and reinsert the wire

5) Add a junction box and reconnect the wires.

The first issue though is that I don't think there's enough slack here.

So does that mean that I'll have to cut the wire and replace at least replace the part from the cut to the bathroom light, switch, etc?

The best way to deal with this, since you have the walls open, is to turn off the power and then find the nearby electrical boxes where these wires terminate and un-string the wires back out through your framing area. After new framing is in place then drill new holes for the wires and re-string them back to their destinations.

In some instances these wires will just be passing by the area where the walls are open but not terminate in any boxes in the open wall area. In this case life gets all that much more complicated. There are several strategies to deal with the latter, none of which are particularly good ones.

1 - You can notch the new studs to let the wires pass by. This requires extra care to protect the wires including the placement of nail / screw stopper plates over the notches.

2 - Cut the wires near the center. Then you could choose to add some new outlets to that wall and use the electrical boxes behind the outlets as splice points to support adding the new length of wiring needed to bridge the circuits back together.

If your area allows, you can do the following: 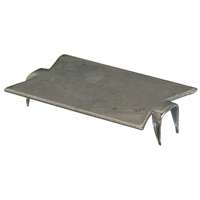 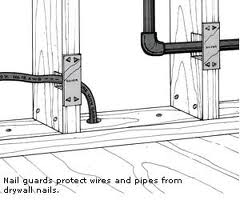 Nail plates are typically used to protect pipes and wiring after the drywall is up and someone wants to drive a nail to hang a picture. Here in Colorado they are also used how I described.

Not the answer you're looking for? Browse other questions tagged electrical bathroom interior or ask your own question.

28
Is there a way to simply splice in an additional length of 12/2 NM-B cable?

7
What should I consider with new electrical lines in an old house?
2
What's the best way to replace this sink supply line?
3
What is the easiest way to tear out a bathroom subfloor?
6
Proper Way to Splice Into Existing Electrical Line
0
Finish a wall with uneven stud surfaces
0
Part 2 Another Question Regarding the Correct Wiring Involving a Light Switch and an Outlet
0
Is updating/avoiding this splice worth it, and if so, what's the easiest way to plug the hole?
0
How do I wire one outlet and two separate light switches in a three-gang box?
1
How to properly pigtail a second light source from existing light switch
2
What is the best way to move this electrical box a few inches?