What is the preferred method for removing & replacing electrical wiring in the garage?

The garage is generally finished: It has sheetrock walls and ceiling. It also has outlets spaced every 6 feet or so about 4 feet above the floor. The electrical service panel is in the garage and mounted flush inside the wall.

There are several things I want to accomplish:

Based on response to my first answer:

I can't imagine having too many outlets, especially in a garage. My 1970s house was built with only one outlet in the garage; owners over the years had added a web of extension cords and other questionable wiring to make the situation tolerable. When I redid a side wall to add insulation, I put a double outlet every 4 feet and a pair of outlets in the ceiling for garage door openers—which admittedly did seem like serious overkill especially while doing the sheetrock work. I also added a heavy duty 240 volt outlet with 6 AWG near one garage door with the idea of adding a compressor, welder, etc. someday.

Every one of those outlets was well used, far beyond my wildest imaginings. I never had a compressor or welder, but there was a temporary extra electric scuba wear dryer, electric auto, emergency generator feed, high power 24 volt motorcoach charger, and a visiting RV.

Even wanting to hang things on the wall, I would probably leave the outlets and hang things around the outlets. If an outlet is truly in the way and the hung objects will be dripping fluids or projecting metallic spiky things, then maybe put a cover over it (a or b): 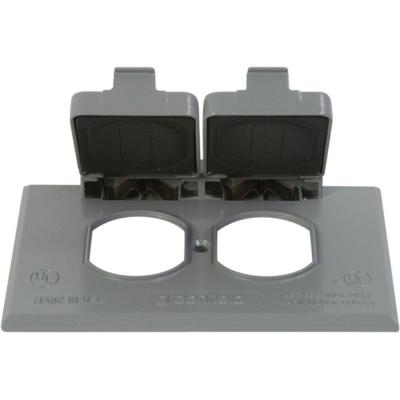 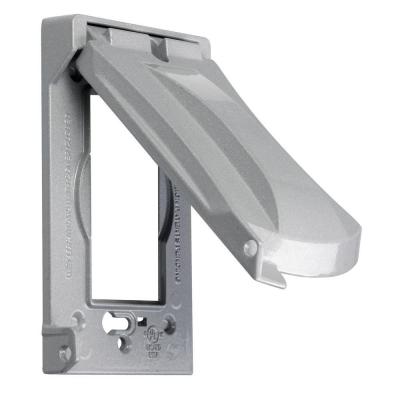 A 20 amp circuit for a compressor is a breeze. Be sure to observe clearance requirements to access the electrical panel. Many compressors have a conventional electric cord and connector, so a 20 amp outlet would be the proper wiring. If it is truly a direct wire device, it may be preferable to convert it to a 20 amp cord arrangement.

As far as answering the question: One rarely removes wires unless they will be immediately replaced and the previous are in the way. Or if you will be penetrating the wall where the wires are, the best way is to remove the sheetrock, do the work, and re-sheetrock. This isn't all that much work, although it does generate a fair amount of debris: an hour to demolish and remove sheetrock, four hours to redo electrical, and 2-6 hours to cut and install sheetrock, 2 hours to tape and mud, and maybe that is good enough for a garage.

Not the answer you're looking for? Browse other questions tagged electrical receptacle conduit or ask your own question.

1
Adding an Electrical Outlet when original is in conduit (what do I do with the ground?)
1
Code compliance - how do I pass EMT conduit through an interior wall?
1
Flexible Metal Conduit length limits with grounding
4
How do I join an existing outlet into PVC electrical boxes and conduit?
2
Surface-mounted Electric Circuit (conduit) - do I need a junction box
2
What is the best way to move this electrical box a few inches?
2
need advice for installing electrical outlet inside soffit/eave
0
Garage surface conduit feed an outdoor outlet
0
Is it allowed for a wire to go directly into a wall from PVC conduit (with some connector)? Or do I need to install a junction box?
6
Can my garage electrical panel be right beside the door?