Should I reinforce my lap-joint?

I have a garden entrance gate that has rotted and I am planning to replace it.

Because it matches my neighbour's gate I want to make one that looks the same rather than buy a ready-made gate. Also, making a gate should be fun. I've not done much woodwork before so I'm pretty much a novice.

The original gate has a full frame with two stiles and three rails. It has no diagonal bracing in the frame but is faced with diagonally laid tongue & groove cladding. I guess the cladding provides sufficient bracing to resist sagging. 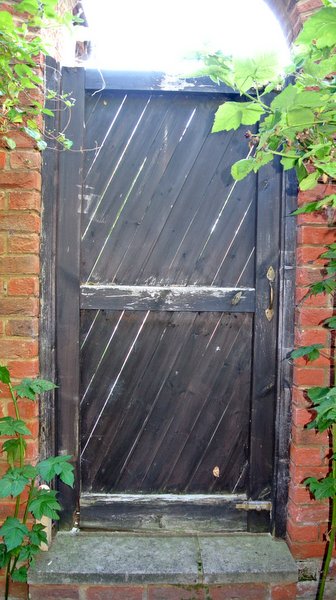 I can't work out how the rails were joined to the stiles, there are three plugged holes on the stile opposite the rail, so I guess there may be dowels or maybe large screws. 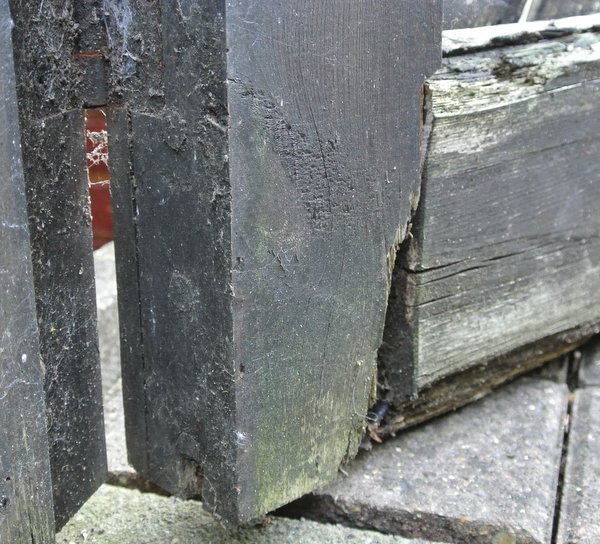 Anyway, I used some small scrap timber to make some test joints to see if it would be feasible for me to make a mortice & tenon joint or a lap-joint using hand tools. This was a lot of work and I'm inclined to use a lap-joint. It will mostly be hidden behind the cladding so visually it will look the same as the old gate to most people.

The lap-joint relies on glue, should I insert some screws to make the joint stronger or would that just create a pathway for water into the wood & joint?

Use waterproof glue, make the joint tight-fitting, and leave the screws on the shelf. A lap joint is one of the strongest of all the glued wood joints, and a well-fitted glued lap joint will be at least as strong without the screws as with them.

But... there's a condition. How wide are the two planks forming that joint? And which wood is being used? I ask because of wood's inherent expansion/contraction with humidity/moisture changes. If the joint is too wide for that species of wood, and the wood isn't extremely well sealed against moisture intrusion, then expansion/contraction will destroy the joint; nearly all woods expand & contract across the grain far more than they do along the grain. As the wood becomes moist, it'll become wider but not longer.

If the wood is extremely well sealed, its inherent expansion/contraction will be minimized, but can never be totally eliminated (there's no such thing as a perfect seal).

If you're using wide boards, and that species of wood is subject to high expansion/contraction, then neither glue nor screws will prevent the joint from failing. Better in such a case to make a different type of joint, like a dovetailed saddle joint pinned across the "inside" corner, for example. That's much more difficult to make, though. Another option would be a long mortise with a tenon narrower than the length of the mortise.

Good outdoor gate joints are difficult things to make, since they're exposed to the weather and tend to collect pockets of water after a rain.

Not the answer you're looking for? Browse other questions tagged woodworking joints gates or ask your own question.

8
Paper joint tape VS. Mesh joint tape
4
When should I round over the edges leading to a miter joint?
9
How do I drill a mortise and tenon joint so I can reinforce it with a dowel?
2
How to make a Bevel Lap Splice joint, for connecting a portable floor?
3
What type of joint should I use while building a plywood box?
0
3 way 90 deg joint
1
How do I reinforce an old mortise and tenon joint?
0
Straighten and strengthen this joint?
1
How repair a joint that should have been joined by screws
2
How deep to cut the lap-joint for joining the wooden beams without the glue