Feel like I'm starting to lose my mind with this one.

I'm regularly hearing a noise in at least two rooms of the house, which I can best describe as a creaking or clicking. I've listened to recordings of deathwatch beetles and it's definitely not that. It sounds almost exactly like a door creaking gently except very faint.

When present, this noise repeats in intervals of about 5 seconds. It's barely audible, just on the edge of hearing - so much so that it's almost impossible to pinpoint it to one place. I've tracked it down to above one of the cupboards in the kitchen, behind a set of shelves in the study (possibly IN the shelf) and bizarrely, an old box of tea bags.

That last one is what really throws me, but I'm 100% sure. The box was on the counter, and I was able to put my ear right up to it, and the sound was very pronounced. I was sure it was some kind of audible woodworm or something, but now that I've found it in a tea bag box I'm unsure. I emptied that tea bag box and found no bugs or insects.

The sound appears to be organic in nature, because if I make a disturbance in the area, the sound stops. In the case of the cupboard and shelves a sharp bang or shake, in the case of the tea bags I just lifted the box.

I have quite sensitive hearing and my wife can't hear the noise. She's starting to look at me funny when I talk about it. The only recording equipment I have is my phone, and that's not sensitive enough to pick it up.

I'm going to see if I can find an old laptop with a mic port and record it next time I hear it, but until then has anyone got any ideas what this could be?

It's definitely NOT a mouse. I know what a mouse sounds like, and there was no mouse in my box of tea-bags. This is something much, much smaller. Something small enough to live inside cardboard.

finally managed to capture the noise on my phone. apologies for the low sound quality. There's a lot of background noise from just the electronics in the phone. The house was completely silent last night.

You'll hear it four times in all. I've edited the track to reduce the waiting time, but the sounds were about 20-30 seconds apart

I've since found out the bugs are called "paper-lice" and are quite fond of eating cardboard / paper (hence the name). No idea how to get rid of the little buggers but at least I know I'm not going crazy.

Here are two photos of the bugs in question: 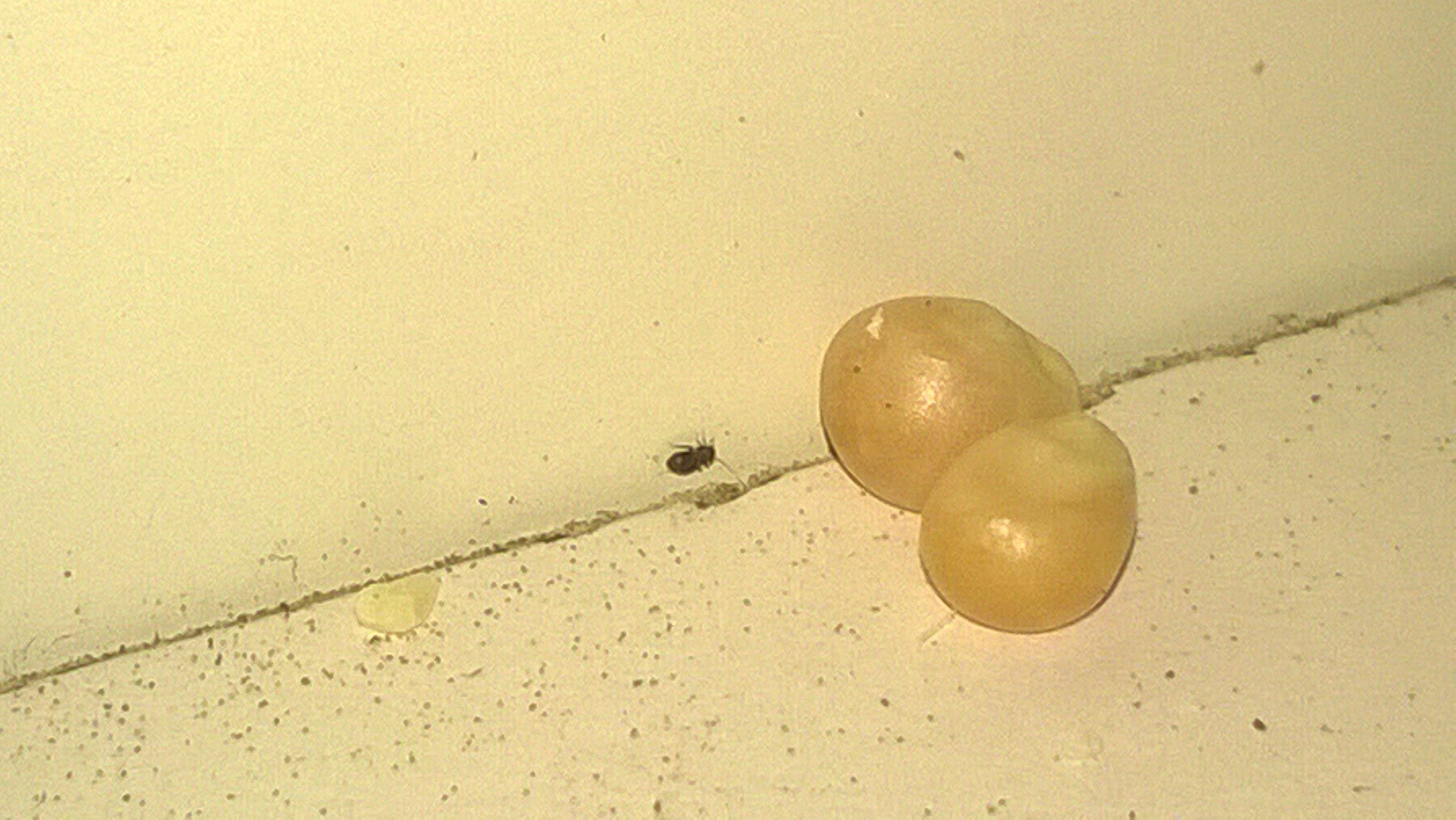 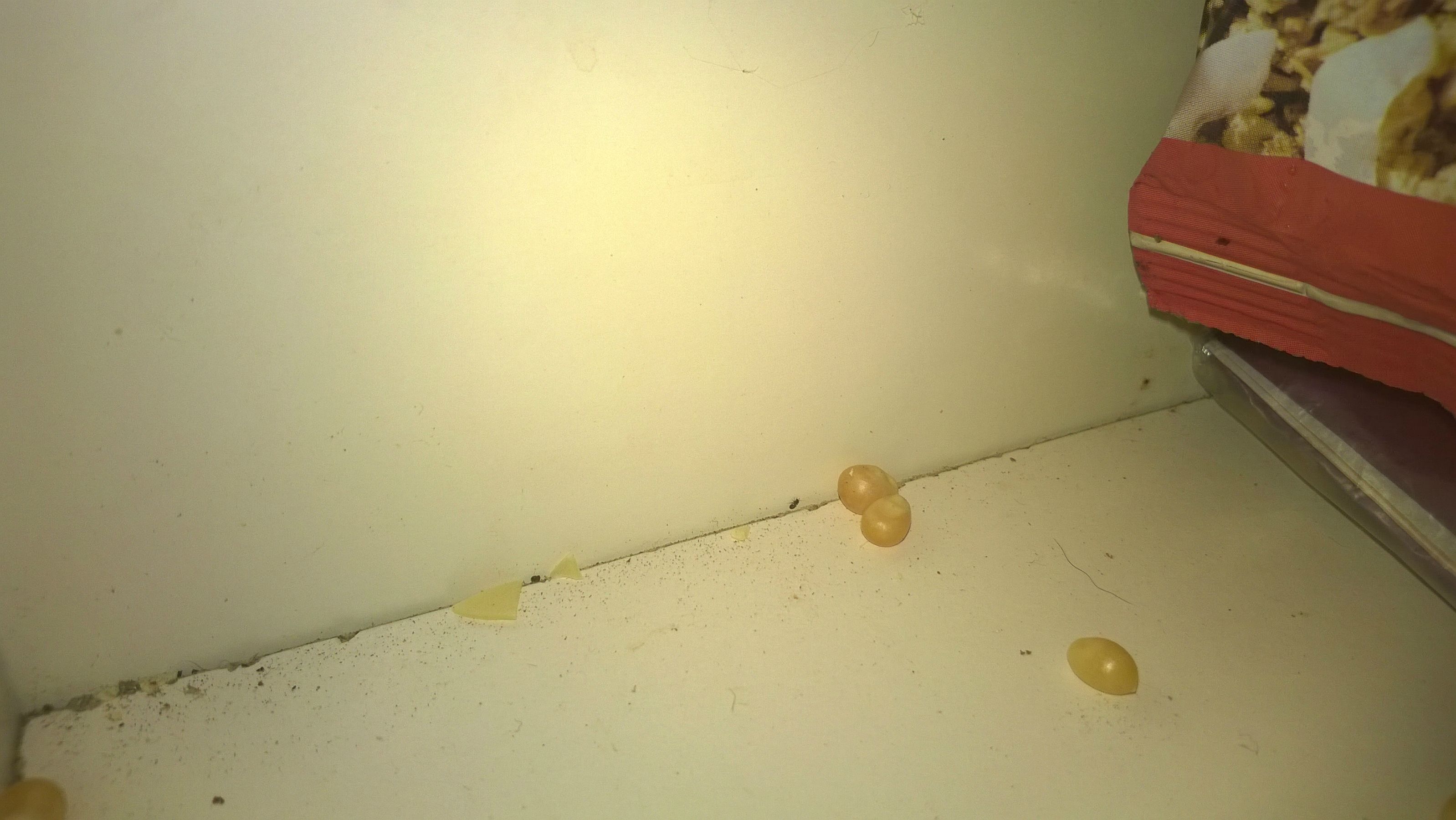 zoomed out slightly, so you can see the scale properly. These guys are tiny

I hear the same noise and have done in a few houses. After years of chasing sounds round rooms I'm pretty sure the culprit is a tiny brown beetle I've found a few times, 1-3mm max. I'm struggling to identify it. My ex wife could hear it so I knew I wasn't going mad! It can really keep you awake for such a quiet sound!

I live in West Wales in the UK.

You may have a mouse in your wall...

I have the same sound and it comes from my wooden Kleenex box that I bought at Hobby Lobby. It took me awhile to pin point it. My husband thinks it is pocessed.He watched to much Ghost Whisper. My brother said it has to do with the wood contracting or something like that. However, I found your post and listened and it is the very same sound. I have actually picked it up and heard it in my lap. Like it was alive.

Not the answer you're looking for? Browse other questions tagged noise or ask your own question.

4
Anyone have an idea about unidentified constant noise/vibration in single-family house?
2
Mysterious sound coming from basement, related to water pipes
5
annoying vibration, deep humming noise in home
3
Clicking noise in wall, every 23 seconds
2
Wood creaking sound (intermittent, but persistent), how to finally put it to rest
2
Oven pilot making high pitched noise (when off)
1
What is this weird knocking sound in a wooden closet?
2
Strange clicking noise only heard while playing back recorded information on cassettes, etc