How can I install a light fixture in the ceiling of a finished room?

In my dining room, I would like to install a ceiling light in the center of the room. This room is on the ground floor of a colonial two-story, so there is no attic access into the ceiling; my work space is limited to "within the room itself."

I have an existing switch on the wall, which toggles a wall outlet in the corner of the room. I would like this switch to also control the new ceiling light.

The easiest option would be to run a new cable directly from the switch, up to the ceiling fixture. You'll want to either install a larger box and a new switch, or a double switch, so the light can be controlled independently. 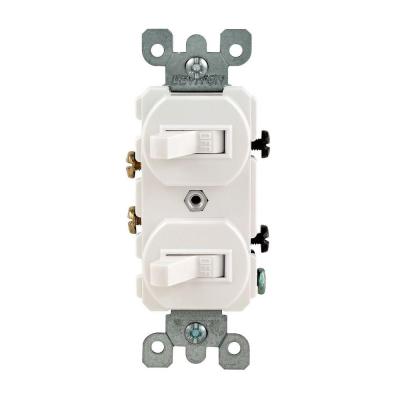 If you're working in a home constructed of solid wood framing, you should be able to run the new cable fairly easily. Since you didn't mention where the switch is, or which way the joist run, I'll cover a few scenarios.

If the switch is in the middle(ish) of the wall, and the joists are adjacent to the wall. You might get lucky, and simply going up the wall will land you in the proper joist bay. 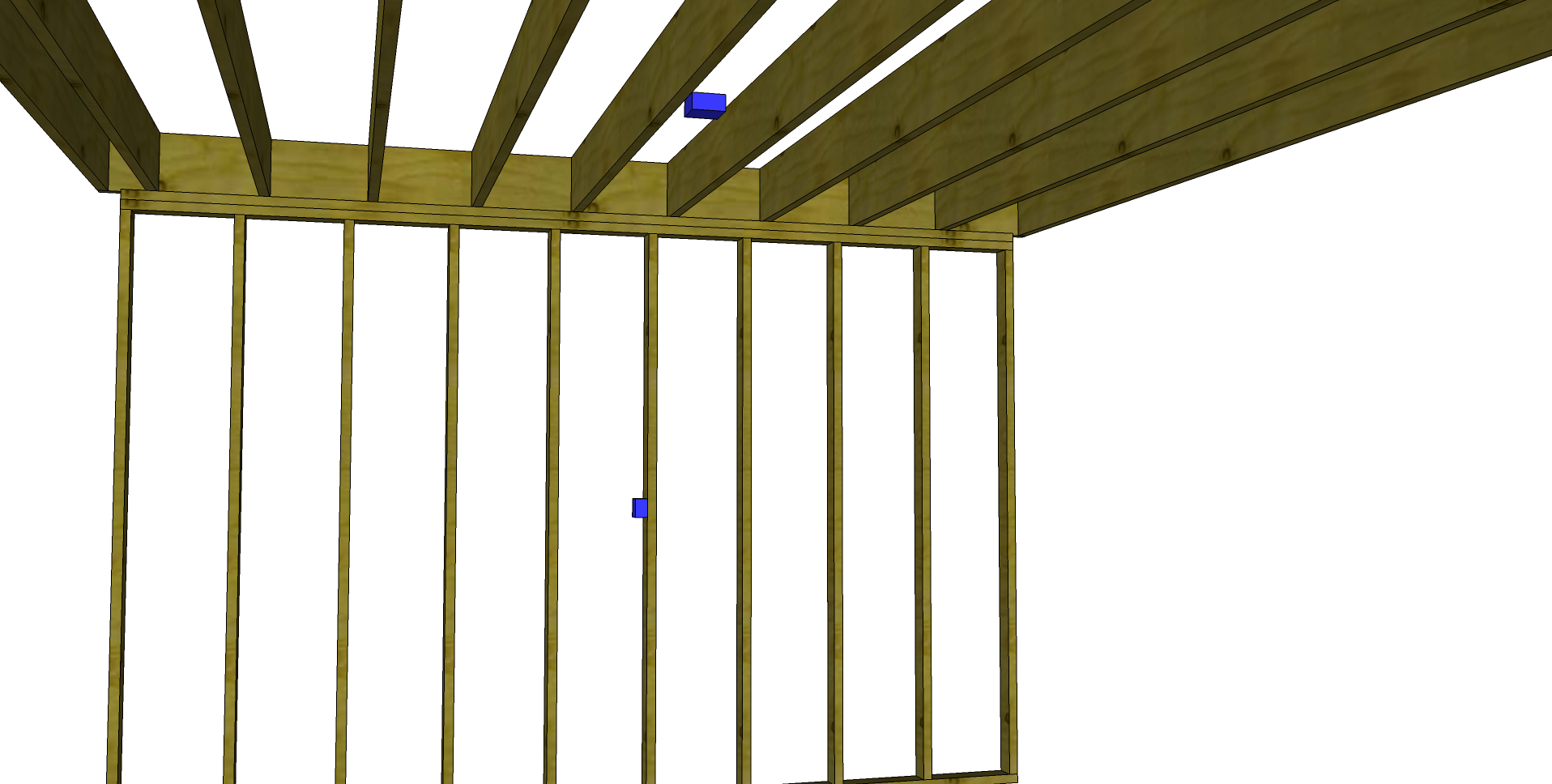 In this situation, you'll simply have to drill a hole through the top plate, then run your cable. 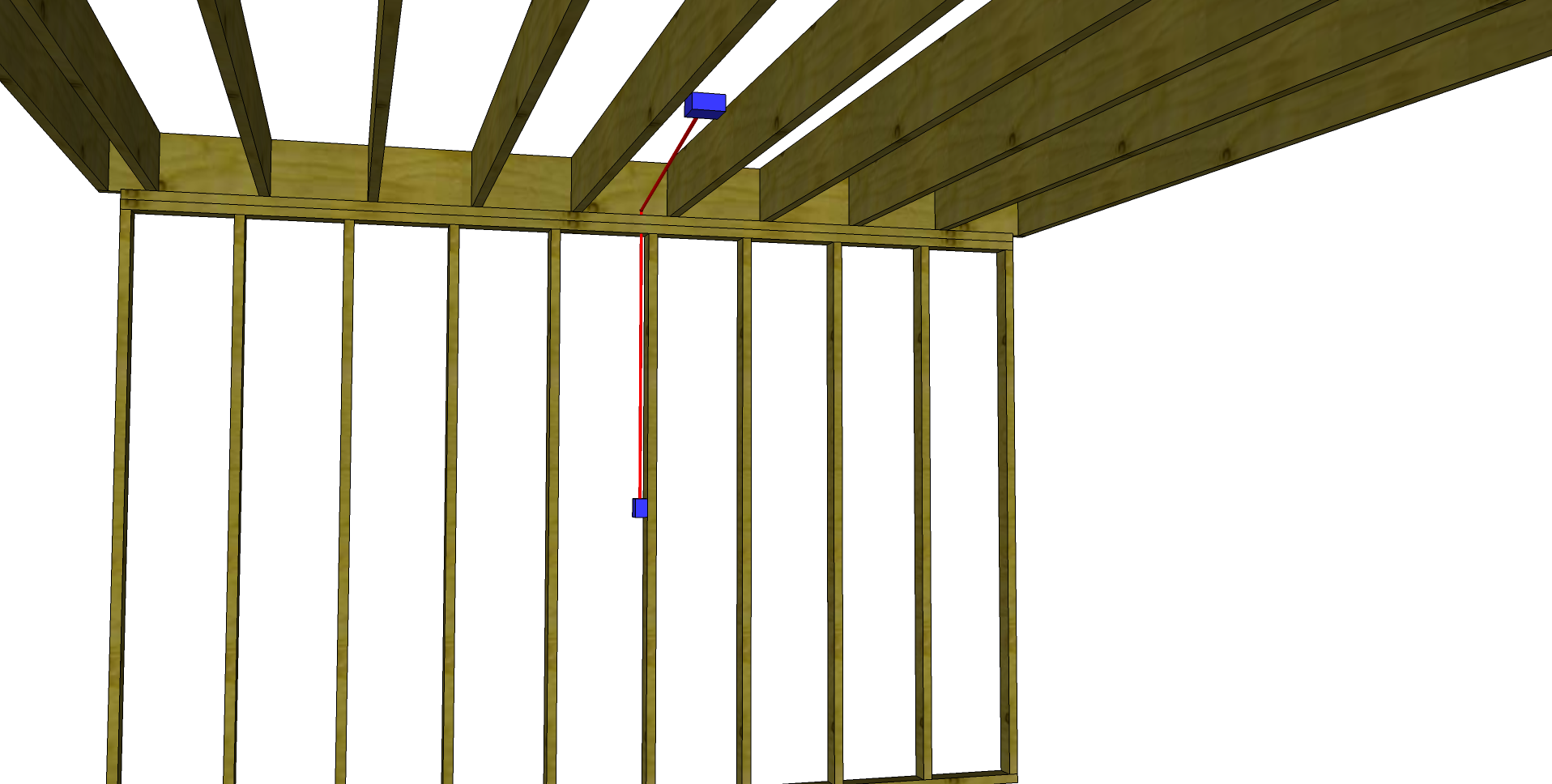 If you're not so lucky, and the switch box does not line up with the joist bay. 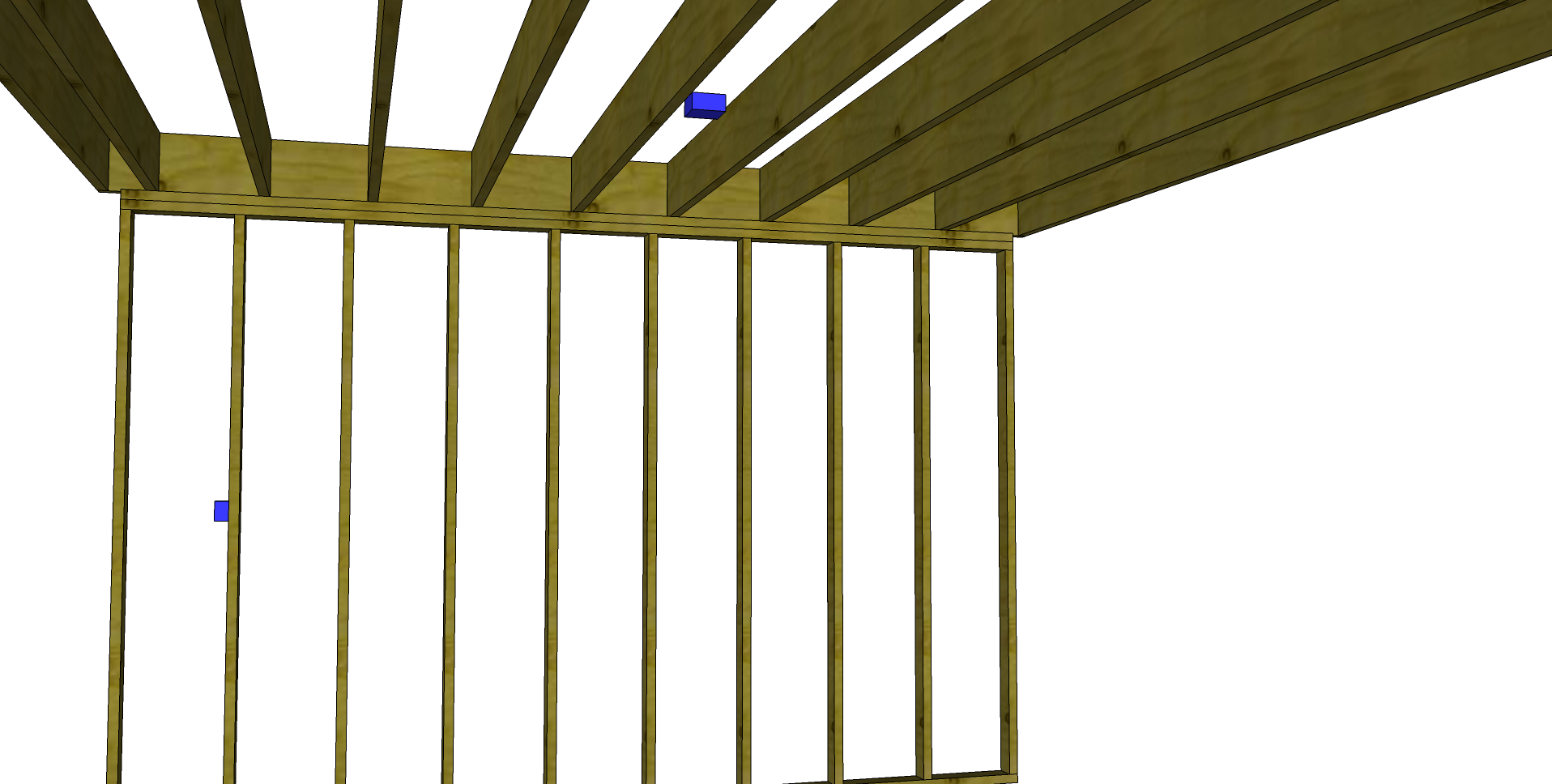 You'll have to bore some holes through the joists to reach the ceiling box. 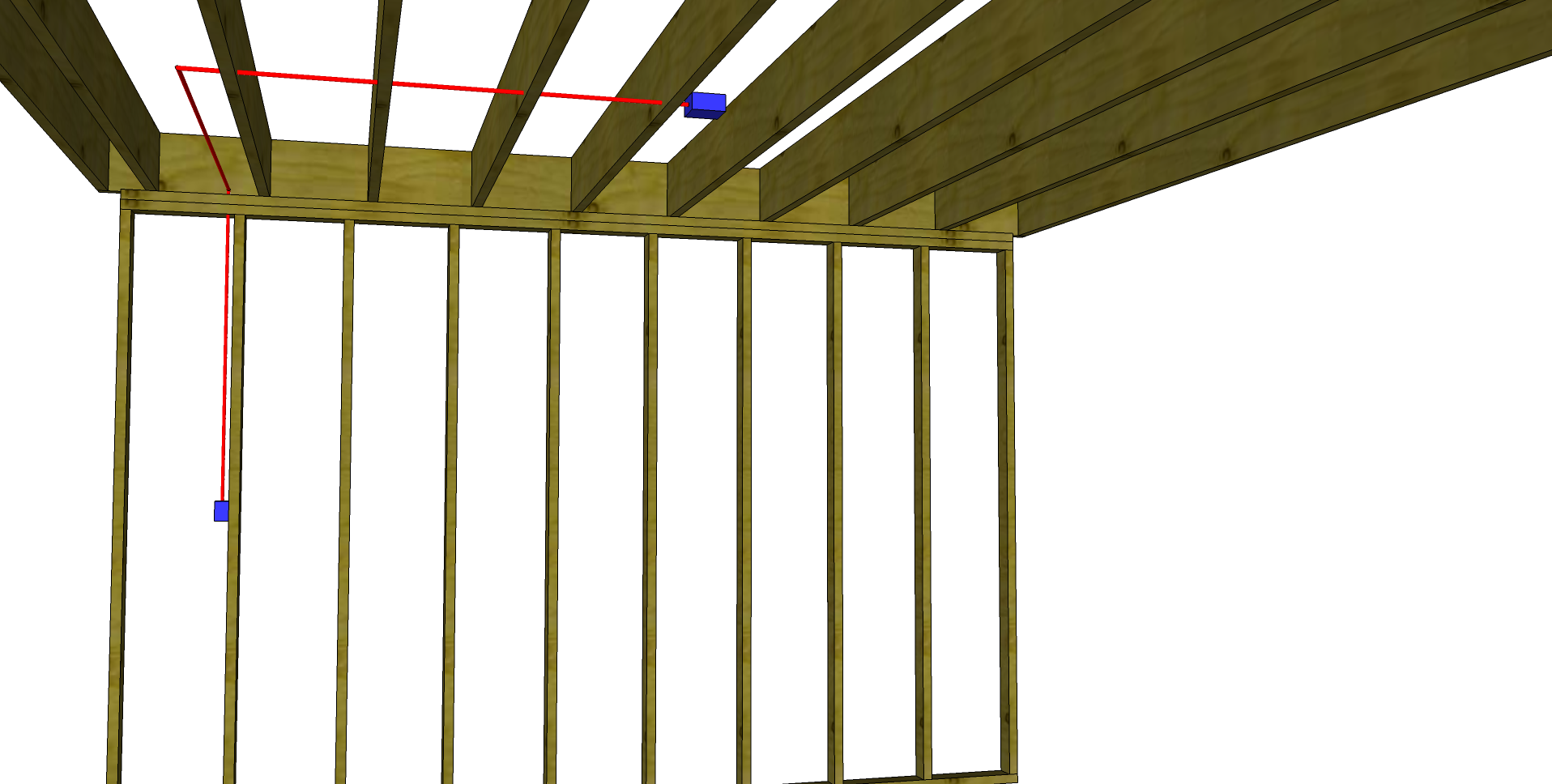 In this case you'll want to consult local building codes, to figure out where and how to bore the holes.

If the wall runs parallel to the joists, there's no getting around it, you're going to have to bore through the joists.

In this case it doesn't matter if you're near the middle of the wall, or to one side or the other. The procedure will be the same. 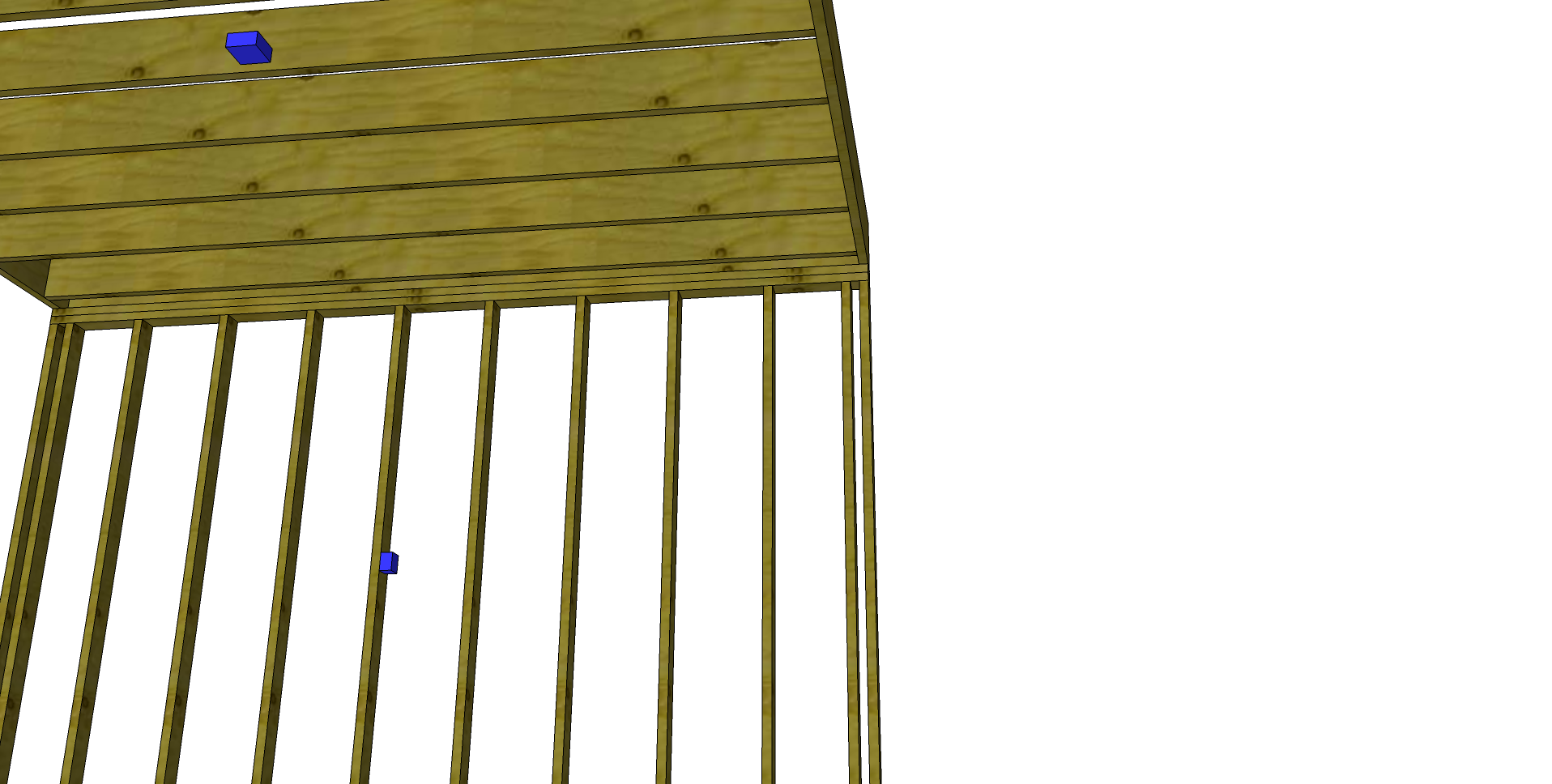 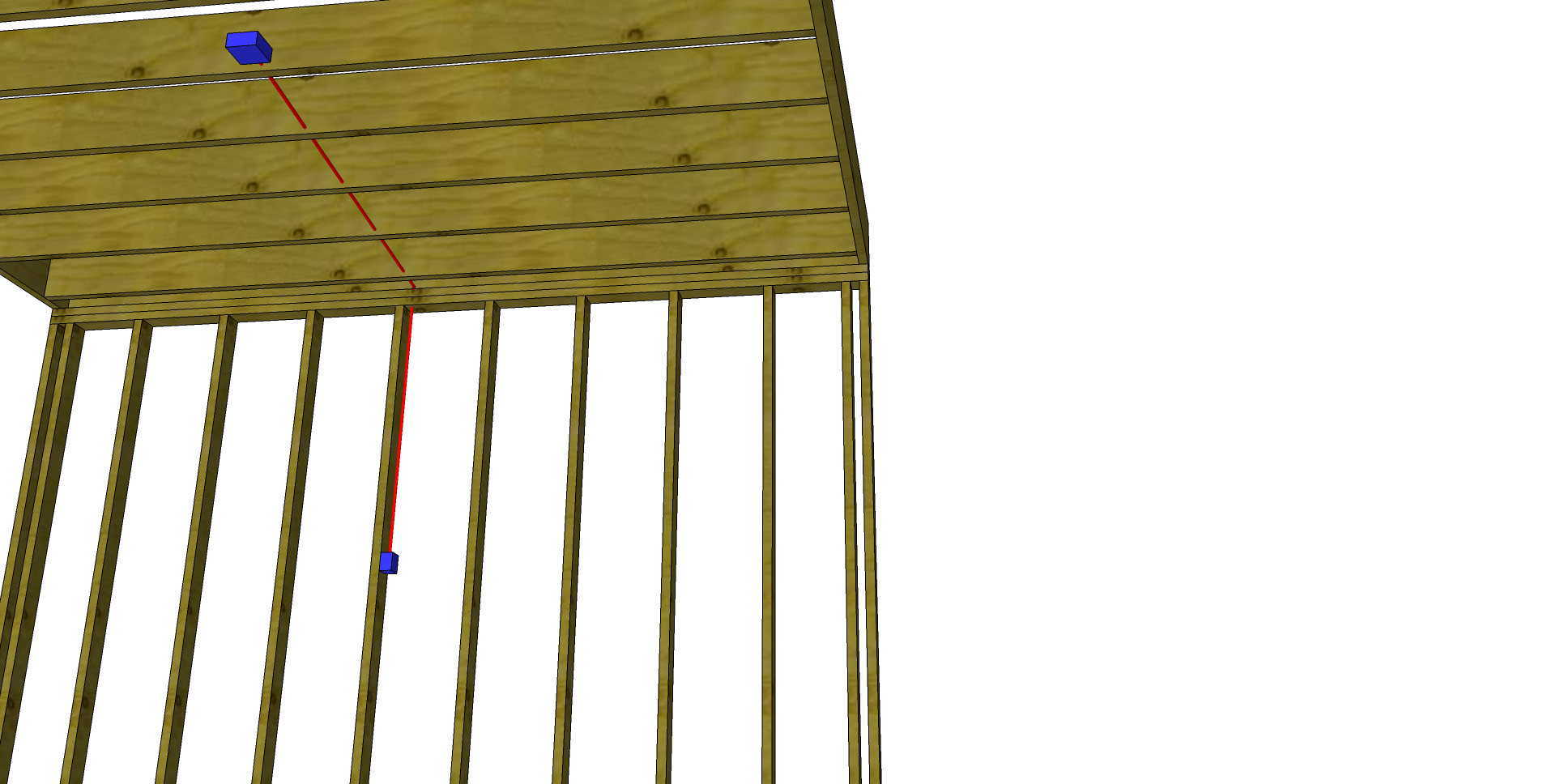 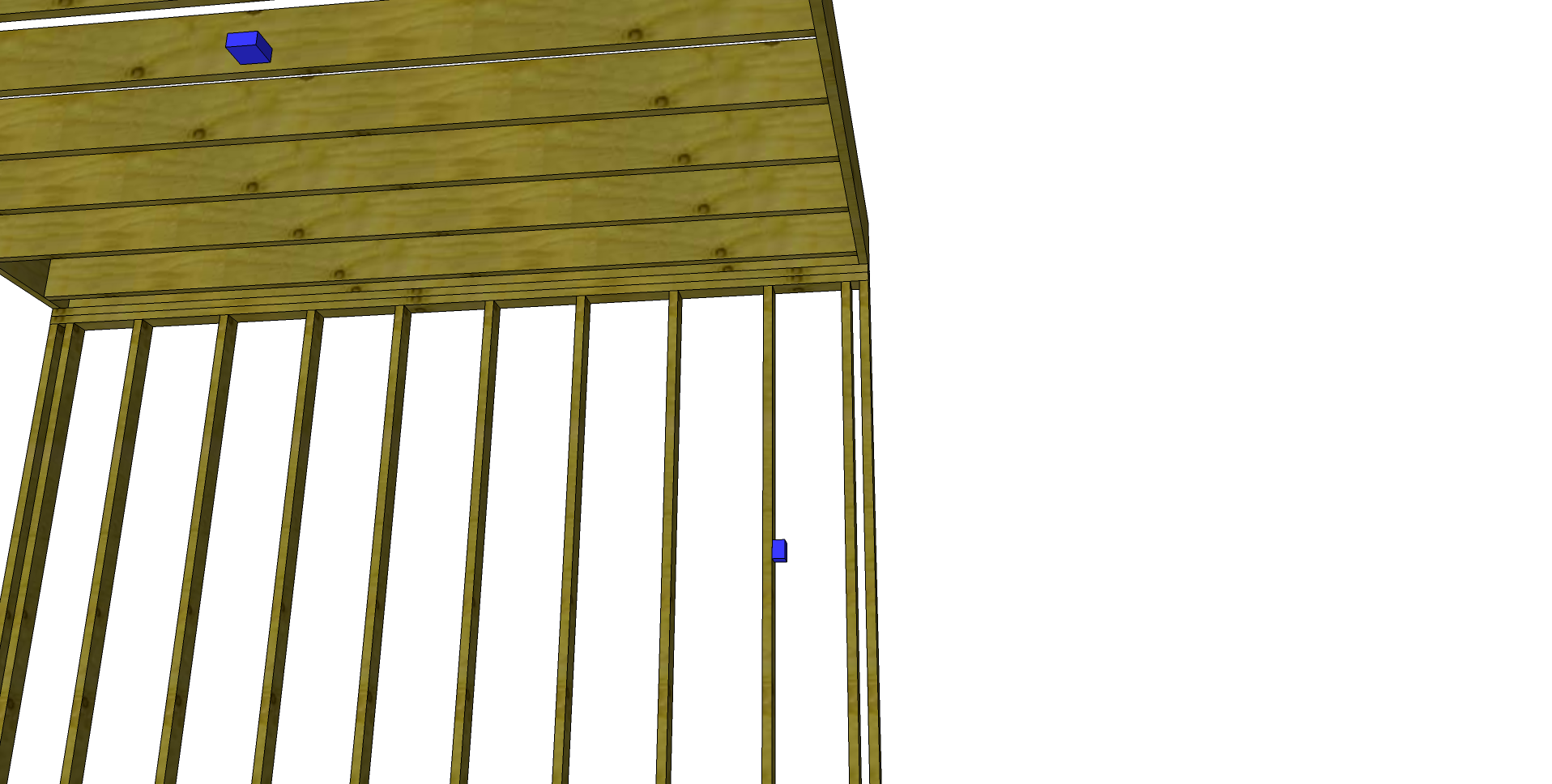 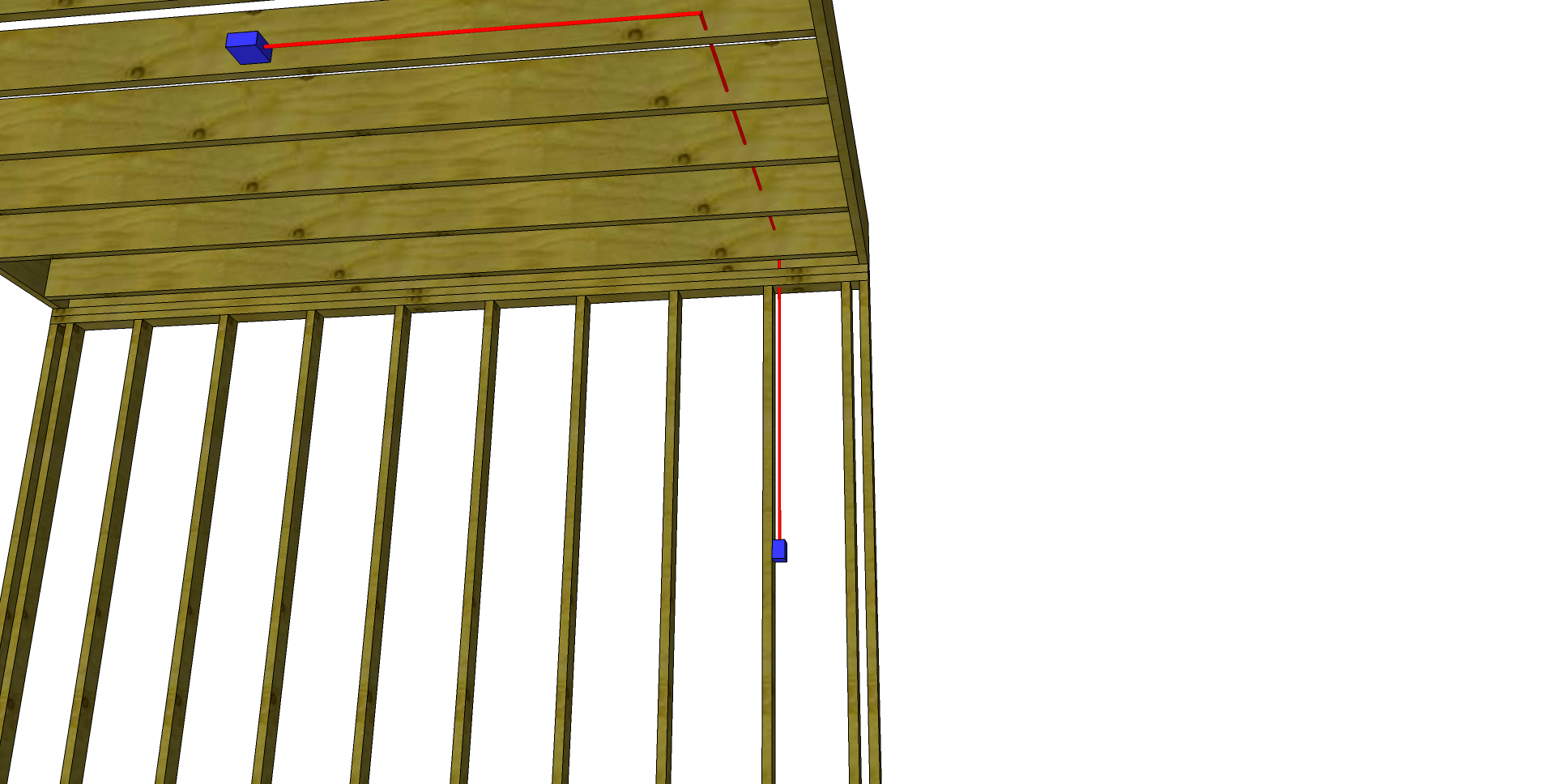 To get from the switch box to the ceiling box, you're going to have to drill through at least one structural member. However, if you have the proper tools, the damage can be minimized. To do this with the least amount of damage possible, you're going to want a flexible drill bit, extensions, and an alignment tool.

Through the top plate

To drill through the top plate, you'll need to make a hole in the finished wall. Cut a hole in the wall above the switch box, near the ceiling. Cut the hole far enough from the ceiling, so you have room to position the flexible drill bit.

Use the alignment tool to position the bit, and drill up through the top plate. Depending on the construction style, this could be a double top plate.

To get through the joists, you can take advantage of the hole you've cut for the ceiling box. Again use the alignment tool to position the flexible drill bit, and start drilling in a straight(ish) line towards the wall with the switch box. Add extensions as you go, to extend your reach.

Now that you have a clear path from the switch box to the ceiling fixture, you'll have to pull the cable through the wall/ceiling. Depending on how things line up, you might have to cut a few hand holes in the finished wall/ceiling to help you maneuver the cable. A fish tape might come in handy.

Future proofing and other considerations

Ceiling fans are a common upgrade, so it might be worth a little added expense now. Installing a braced ceiling box, will allow you to install a ceiling fan in the future.

Ceiling fans often come with light kits, and it's common for folks to want to control the fan and light(s) independently. Instead of installing #/2 with ground cable, you might want to install #/3 with ground. This will allow you to install one switch for the fan, and one for the light kit.

While you may, or may not be able to notch the joists to run the cable. Boring holes can be done with less damage to the finished material, and won't make structural engineers cringe.

Consult your local government regarding any permits that might be required. And always follow all manufacturers installations instructions, and all local building codes.

If you're working in a home that does not have solid wood members, consult local building codes for appropriate course of action.

If you try to notch the joist, you could end up with your second floor on your first floor.

First, never notch the bottom of beams. All electrical runs should be in the center third of any timber. This is for structural support as well as protecting the electrical.

If you want to keep the wall outlet switched, consider knocking out the current one gang and replace with old work two gang. Run a new line up the wall, through the top plate into ceiling joists. You will need to cut at least one access hole into the ceiling to feed cables and then drill through the joists. I would also put a box with enough support to hold a ceiling fan. Since you are adding a box, might as well give yourself future options (also a ceiling fan box will support the heaver lights). If you happen to have a joist right down the middle of the run where you want to mount the light, just use a pancake box and mount to the bottom of the joist.

Depending on the condition of the floor above your ceiling, it might be easier and cheaper to access the ceiling void through the floor. For example, if the floor upstairs is going to be renovated too, or if the floor cover is a carpet, which can be lifted and put back easily, or even better - if it is just the original floorboards, you can easily lift one or two floorboards. They run at a right angle to the joists, so you will have access to all the joists you need to drill through. In all the houses I have done this, the ceilings were plasterboard, so going through the floor was the obvious option.

Check the electrical installation regulations for residential properties in your country/state/whatever. In UK unprotected cables in the ceiling void should be at least 50 mm below the floorboards. And some electrical works are notifiable - you are supposed to inform your local council before you start them, so they can provide the necessary control (and get your money). So check the technical and the legal regulations if you are not sure.

Just to point out the other solution: Any the new fixture as a swag lamp, surface-mounted with a decorative treatment bringing the power cord across the ceiling and down to an outlet. That's how my living room is currently lit.

Or do a fake coffered/beamed ceiling, running the wire through the "beams".

Not the answer you're looking for? Browse other questions tagged electrical lighting drywall ceiling switch or ask your own question.

38
What are the guidelines for holes in joists?
4
How to install ceiling light where there previously was none?
1
Installing a ceiling light and rewiring switch and outlet
1
What methods for installing light fixture in middle of room, with lathe and plaster ceiling?