Replacing a toggle dimmer switch with a regular light switch

I am replacing a dimmer switch with a regular switch. The dimmer switch controlled a chandelier light that I just replaced with a ceiling fan. There is also another switch that controlled the light, it is not a dimmer, it is a regular type.

Do I need a three way switch, and how do I wire it up? 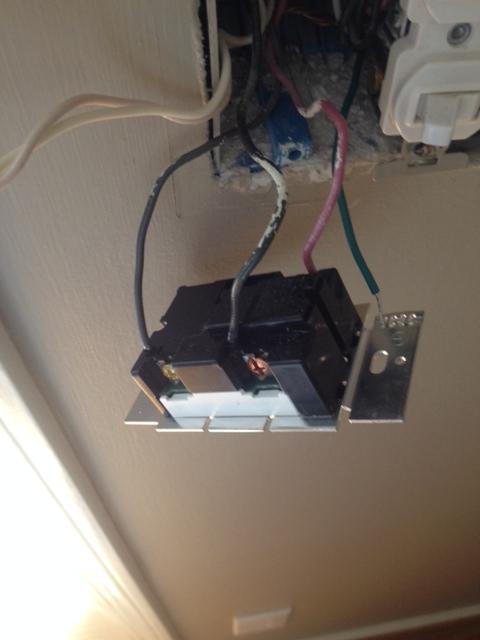 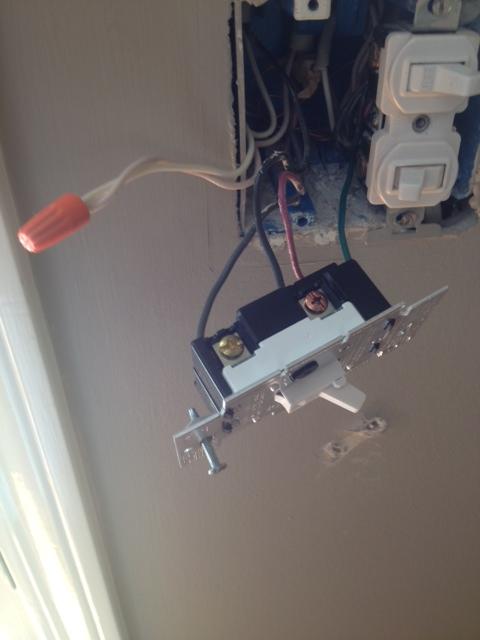 As the others have said, you need a 3-way switch.

The copper colored screw on your old dimmer is your "common" screw. The other two are your travelers.

The new switch will have similarly color schemed screws. Typically black for the "com" and brass for the two travelers.

Yes, you need a 3-way switch, since the dimmer is wired as a 3-way and the other switch controlling the same light is presumably a 3-way, or it would not work.

Fortunately is appears to be wired in pretty standard 3-way color-coding, though it's always good to verify that at the other switch. Red is the "traveller" between switches.

This question/answer explains the "how it works" aspect in general for 3-way switches. How exactly does a 3-way switch work?

The other two black or red wires go to the other terminals on the new switch, called travelers. They may or may not be marked, but it does not matter which wire goes on which, so long as the common is right.

Often the common terminal screw is a different color than the travelers, but not always so.

The green wire goes on the ground screw on the new switch.

When dealing with 3-way switches, the common is nearly always the odd man out. Meaning the common terminal screw will usually be a different color than the traveler terminal screws. It appears that Lutron devices are wired like this

It appears you may have a Lutron (or similar) device, so the wiring for your switch should be like this. 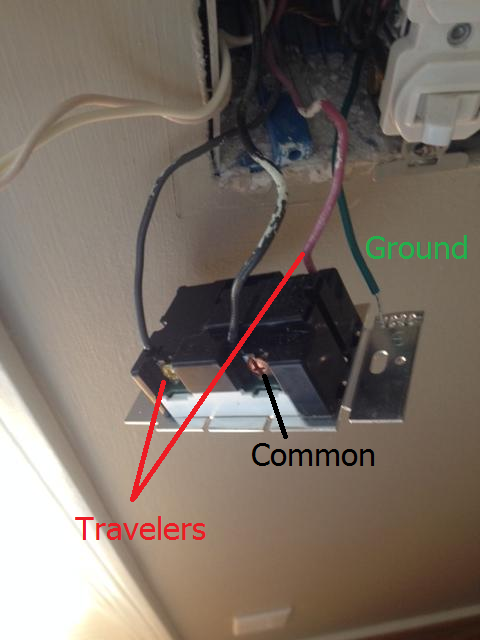 Though since I can't see all the screw terminals, and I don't know the make/model device you have, I can't say for sure.

12
How exactly does a 3-way switch work?