Just moved into a new house, what is this tube in the ground outside my wall?

It looks like there was some kind of a cheese cloth placed on top of it before, but at this point it's been broken. I can't see the bottom of it, and I have no idea why it's there. Does anybody have an idea? I was going to go to the store to get another cheese cloth to place on top of it, but if I can just close it up I'd prefer doing that. But again, no idea what that is. It goes down in front of my house, and in my basement it looks like it goes to my pum[ pump? But it's hard to tell, because while there's a tube coming up from my sump pump, it seems to go up and east of my house. While the tube pictured above is going down on the south side of my house. So there would be have to be some bends and perhaps forks in the tubing for that to make sense.

Other than that, I have no idea what is beneath there. Has anybody seen this before? 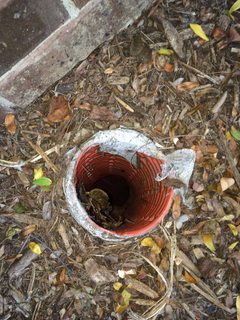 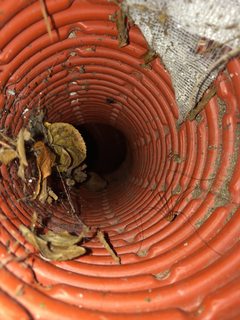 From here it looks like a vent for a drywell or French drain. If it's about 4" (10cm) diameter, that'd add to my suspicion.

5
Will internal waterproofing solve my moisture problems?
0
Home Water Pressure
3
Sump pit filling very quickly from inlet pipes
1
My house's perimeter drain system is full of water, why might that be and how do I fix it?
2
Electric sump pump sometimes fails to engage / kick on
0
How to power a well water pump on the local electric grid
1
Why is there moisture under some new wall plates in the basement?