Electric shock - was I stupid, unlucky, or a combination of both?

One of the double sockets in our garage needed replacing (damaged after a washing pole hit it) - a pretty trivial job that I'd done before. So I flipped the MCB for the ring main, used a non-contact voltage tester to check nothing was there, and set to work. I disconnected the old socket fine, and was lining the cables up to fit into the new socket when... ow.

My finger bridged the live and earth pins, and suffice to say the live wire was very much alive. Bar a few finger spasms I was fine fortunately, and believe me I realise I was very lucky in that respect (I'm in the UK, so that was 240V.) Before finishing the job I then shut off the entire property's electrics - I was taking no more chances.

Further inspection confirmed two things I immediately suspected at this point - the MCB in the garage (installed before we moved into the house) was shutting off power via the neutral, not the live, and the voltage tester was dodgy (I had tested it on the same socket earlier and it seemed fine, further testing showed it presumably had a loose connection internally and only worked sporadically.) Needless to say it's now in the bin, and an electrician has been called to sort the MCB and check the rest of the house for similar issues.

Unsurprisingly this has shaken me up a bit - I would say I'm a rather safety conscious person, and in this case thought I'd done all the checks properly (including taping over the relevant trip switch to ensure no-one flipped it back on while I was working.) In some ways I can't help feeling I was unlucky that the MCB was wired by a cowboy, in combination with the voltage tester failing in the way that it did, at the time that it did. However, I'm not one to solely blame tools - clearly some, if not most of the blame here lies with myself also.

So in short, what should I have done differently - and was I primarily being stupid, or really quite unlucky?

The paranoid way to use a non contact voltage tester is:

The last step is what would have saved you a shock here - its to check that your tester didn't die while you were flipping the breaker, and that you haven't done anything silly like forgetting to turn it on.

Though if it were a loose connection you still could be very unlucky and have it pass all those tests with the outlet still live. 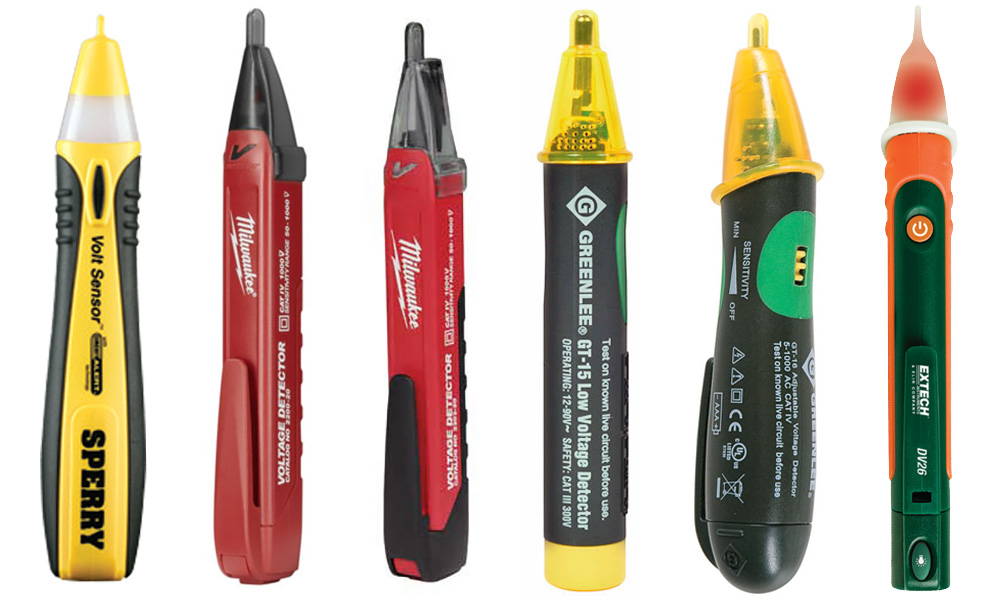 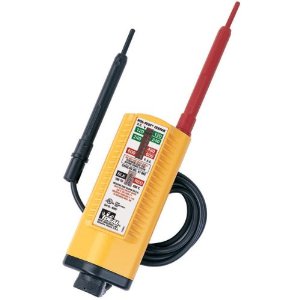 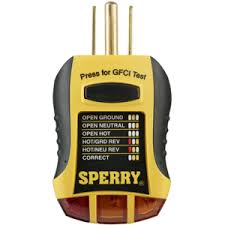 Always test the tester. (Preferably with a different tester.) NCV's should only be used to confirm an outlet should work, NOT that it is dead. They are also nice for locating CBs if you want to play the flip on/off game, though not to be used for confirmation of that either. Item 4, the outlet tester, would have alerted you to the live wire and it's incorrect wiring. It's a common courtesy in my crew to ask "Did you check it with a wiggy yet?" (item 2) for their own safety as they begin. We also never defer to each other, check it again yourself.

Once I have a box open I check all around with a NCV again. Most likely there are other wires from other circuits and depending on the situation those get shut-off too.

A note on NCVs:

They will sometimes pick up a strong enough induced current (from proximity to live wires) to give you a false positive. Again, non-contact voltage testers are best used to see if an outlet should be working, at a glance, NOT to confirm that it is dead.

More on Stack Exchange: Is a negative reading from a non-contact voltage detector sufficient?

Unlucky to have come across a dodgy installation. What follows is a US experience, same voltage. We lived in a house dating from "Rural Electrification" so that might give you an idea of the age of the fuse panel. There was this coiled bit of Romex hanging off a nail in the eaves, bare clipped off ends, that was hot. After pulling all the fuses and the Range and Pump 220V fuse blocks, it still was hot. We had to call the power company to come pull the meter as it was wired for who knows what ungodly reason, into the input lugs to the fuse panel.

The experience shows why I prefer a standard contact voltmeter for verification, two different methods for cross-check. I love the non-contacts for ease of use.

Always verify the non-contact voltage tester is working properly, before trusting it (this is true for any tool, I guess). Aside from that, it just sounds like you were unlucky.

This is why it's important to know what you're doing, before attempting any DIY project. The person before you obviously did not, and the end result could have been your death (luckily it wasn't).

I use a multimeter and check all three pairs (live-neutral, live-ground, and neutral-ground) before doing anything. This lets me catch bad wiring, as well as things like a leak to ground that may not have a high enough voltage to trigger an NCV or other yes/no tester.

Most people I've spoken to who have worked with electricity have had at least a few shocks from the mains or mains-level voltages in their lives (I must be up to at least 5 or so by now) yet only a handful of electrocutions are reported in the UK each year. I must conclude from this that electric shocks are usually not fatal.

Of course "usually not fatal" is not a good basis for a safety policy. You should still do everything you can to avoid further shocks.

So in short, what should I have done differently

Non-contact voltage testers should be viewed as indicative only.

The professional electrician approach in the UK is to use a dedicated two-pole voltage testing device, combined with a proving unit. The steps would be

It's a tricky question what diyers should do though, the procedure used by electricians works well for them but the equipment is expensive and the procedure is not without risks of it's own. Personally I would say the most important aspect is testing between all combinations of conductors. Using a multimeter that hasn't been "proved" is obviously less certain than using a dedicated tester that has been proved but it's still a lot better than not testing at all.

I would say your other mistake is buying a property and not getting the electrics checked out. Dodgy DIY wiring is all too common and you want to know about it before it bites you.

1
Voltage tester detecting voltage in non-hot wires when the light switch is off
36
When doing electrical work, what do I use to check wires are safe?
10
3 phase (delta) power to single phase space heater
5
Which terminal to use on my multimeter
5
Replaced Blower Motor, but A/C won't stay on unless power button is held down
9
Is a negative reading from a non-contact voltage detector sufficient?
6
Replacing a power outlet safely
6
Electrical box - What are all these wires?
6
How is it possible to get an electric shock even with mains power off?
1
Why do my new basement lights trip the breaker?
See more linked questions

0
Pretty big electric shock when touching my lamp
1
Confused about wiring outside light fixture with multiple switched wires
4
Low voltage on circuit after breaker turned off - induced or backfed voltage?
0
Open ground on all outlets, voltage meter beeping on metal boxes and MC cable
2
Electric shock through laptop case and LEDs stay dim but on when switch is off
1
Why does my garage consumer unit buzz when the kettle is on?
1
Trying to add an outlet on other side of wall, 3 pairs of white/black wires and ground
0
Double Socket Not Working (UK)
1
Why did my mains trip when I used a multimeter on a disabled socket?
0
Voltage detected on outlet's live wire with circuit breaker off