Recently we had a tiler who tiled the backsplash in our kitchen.

The day he finished the work, the left side of the grout popped open and exposed a 2mm-gap. (I have no photo to show this unfortunately).

After this happened, I measured this tile he cut, and discovered that the tile has the width (or height if you face the tile in the photo) of

In order to fix the gap, my father suggested pressing down the left-rear corner of the hood so it meets the tile (this was also the tiler's solution, but the grout he used had not been strong enough, so the hood popped up). My father was able to make the hood meet the tile by putting a lump of grout to the left of the hood (to give it more hold). Both my father and the tiler had to put a screw into the wall to force down the hood overnight until the grout dried.

The photo was taken after this fix. Note: we have not regrouted the edge on the left. 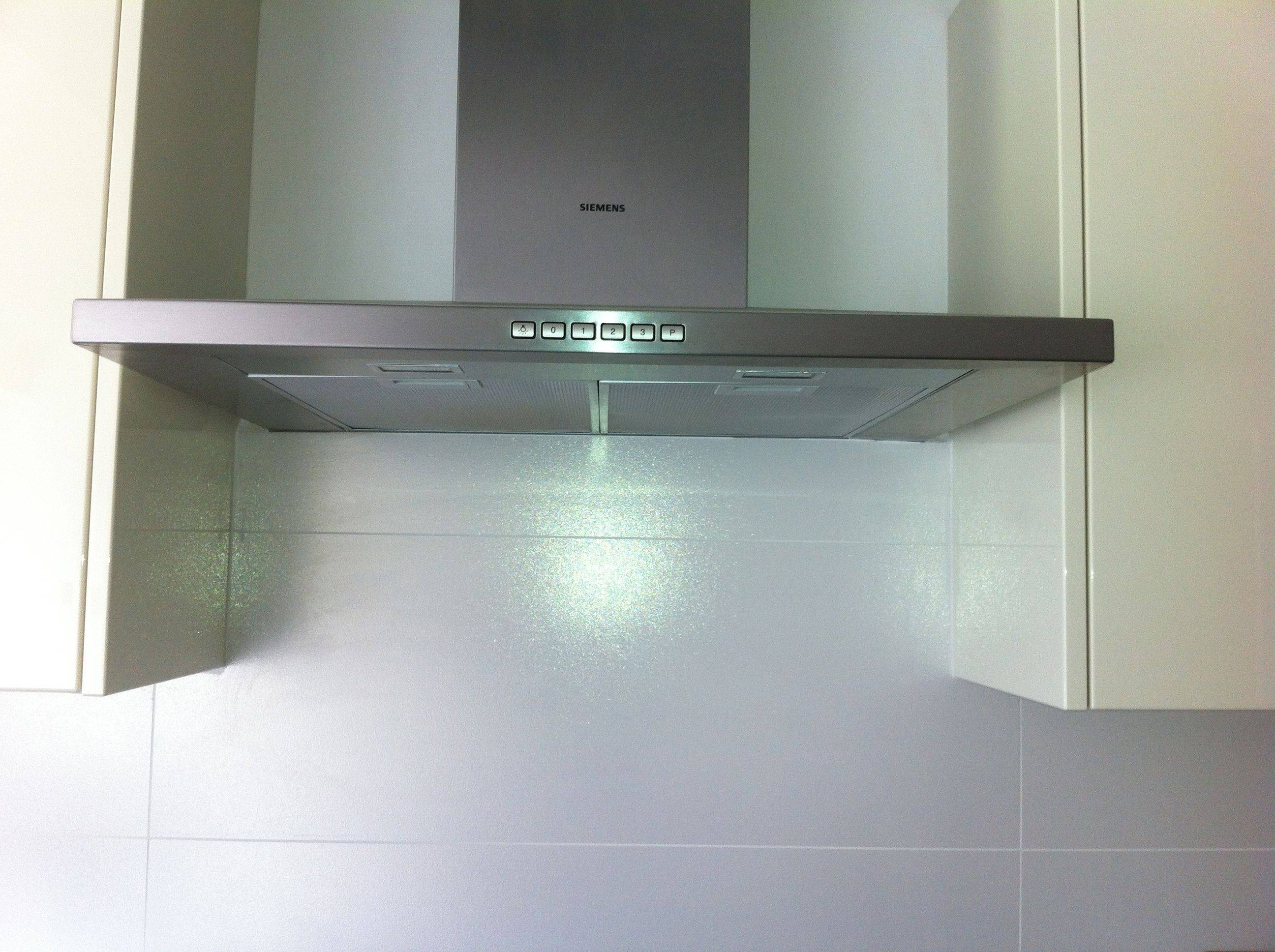 But because I spent a lot of money on this kitchen (we bought top-of-the-line everything), and this tile (top center in the kitchen, above the burners, below the hood) is in a prominent visible position, I feel this inaccuracy is not acceptable.

I feel my father's "solution" of pressing down the hood on one end is also a hack solution. It distorts the hood for one, and also, the lump of grout he used to hold down the hood is ugly (though it's white so less glaring).

Do you think errors of this magnitude is acceptable for a good tiler?

What options do I have? Technically speaking, is it worthwhile, possible, without-risk for the tiler to cut another tile to replace this one?

Other than pressing down the hood, what other solution is there?

I suppose you can make the grout line thicker to conceal the uneven height without pressing down the hood.

What's the best solution here, if any?

Nobody else will ever notice it. You'll forget about it in a week, unless you let it drive you insane, which will result in everybody feeling bad, since the tile guy is unlikely to see one corner of the range hood being 2mm offset from the opposite one as remotely within the realm of a sensible customer complaint.

If this will drive you mad, I recommend that you hire a different person to redo that part of the work and explain to this other person exactly what your expectations are. One of those expectations should be pay a lot for this service.

Personally, I would just make the grout line a bit thicker on that side or put some colored caulk in there or something. It's a tiny tiny difference that nobody is ever going to notice.

The best course of practice for most construction projects is to:

So really, the hard limit of what is or is not acceptable depends on the contents of the contract and specifications. The soft limit is the relationship between the owner and the construction trades.

In terms of writing specifications, in the US the reference document would be the TCNA Handbook and ANSI A108. There is some general information about tile grout tolerance here: https://www.tcnatile.com/faqs/40-grout-joint-size.html#faq30

The rule of thumb for construction is generally a person can get whatever their wallet will support and it is not unreasonable to expect a substantial premium for unusually exacting construction beyond normal industry standards.

Keep in mind that while tile is a manufactured product, the installation of tile is performed by hand, not machine. If one expects the Luis Suarez of tile-setting one should expect to pay a commensurate premium both for their higher level of skill and for their willingness to redo work that does not meet arbitrarily exacting expectations of lay people.

Pushing down the hood is likely to make the installation worse. Rehanging the hood is probably a better approach.

In all honesty, I'm thinking this is more a problem with the design spec than the tiling itself. If this is such a "prominent visible position", I wouldn't recommend having a cut tile there at all, and certainly not a grout joint against the range hood. In general, you want to design in such a way that installation intolerances can be accommodated and hidden in non-prominent places. I likely would have recommended either some sort of bull-nose at the bottom of the range hood or running the tile up the wall behind the range hood. That said, the "solution" is pretty subjective. I wouldn't push down on the range hood myself, but that is certainly one option. If it really bothers you, pull the hood out and have the tile replaced, then re-hang the range hood.

It certainly isn't outside the realm of possibility to cut almost a meter of tile perfectly straight, but it will be exceedingly difficult, even for a good tiler. It would be reasonable to assume that they may have to build some sort of cutting jig, and even with that take a couple attempts at it (and destroy some otherwise good tile).

The best option would be to see if the tile supplier can fabricate a custom bullnose for you. They would be much better equipped to do this than would be reasonably expected from a tiling contractor.

The subtext of the question seems to be whether you should have to pay said tiling contractor to perform this replacement for you, and I think @benrudgers answer hits that nail on the head. I would personally pay for the rework, especially given that it is something that doesn't appear like it would be obvious to casual inspection.

While redoing the tile work is the "right way"™ to get it done, alas it would be of low productivity and utility. A lot of work will have to be done to achieve perfection and that money and time could be focused elsewhere for more reward.

While I appreciate the "move the hood lower" idea, at least do it on both sides to keep it level. I have mounted one of those and know how hard it would be to redo. 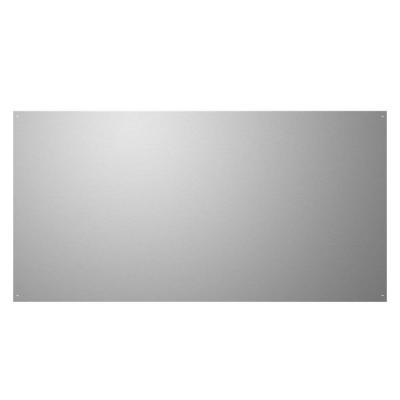 Not the answer you're looking for? Browse other questions tagged tile grout tiling hood or ask your own question.

6
Can I ask my contractor to redo a tile job I'm not happy with?
7
Should I use self-leveling concrete or mortar to level a patched area of concrete prior to tiling it?
1
Looking for suggestions on securing floor tiles
4
KItchen backsplash tile cut too short and grout line too thick
0
Removing years old grout from drywall in kitchen
3
How to effectively patch/recaulk small crevices between bathtub and bathroom tile?
1
What to do with small space at the edge of the step when tiling floor?
2
Is grout required behind shower knob trim plate?
0
Best way to do some tile floor repair