How can I repair and repaint a deck whose planks were caulked?

So, parent's deck was looking ok, until for some reason some painters convinced my mother to "seal" the deck so water wouldn't fall down to the patio furniture below.

They applied some sort of caulk between the planks, and I supposed the idea was to paint over that with some sort of "glossy" water-resistant paint.

Well, the painters never finished the job! And so from November to July the caulking between the planks caused more harm than good. Moisture seems to have done some damage to the wood surface. See pic below.

Anyways, I'm trying to repair this mess and the first thing I did was with a spatula/knife remove all the caulk, so that water does not accumulate, but I'm afraid even if I clean, sand and re-paint, that the wood has already been compromised/damaged too much. I see lots of rusted nails, and some planks are a bit raised. BTW this deck was built in 2006, and has been re-painted about 2 times already. Last time being 2010.

What can I do repair this deck and re-paint it well? PS: Has anyone ever heard of such a crazy idea as caulk-sealing a deck?! I wanna kill those darn painters, removing that caulk took forever!! 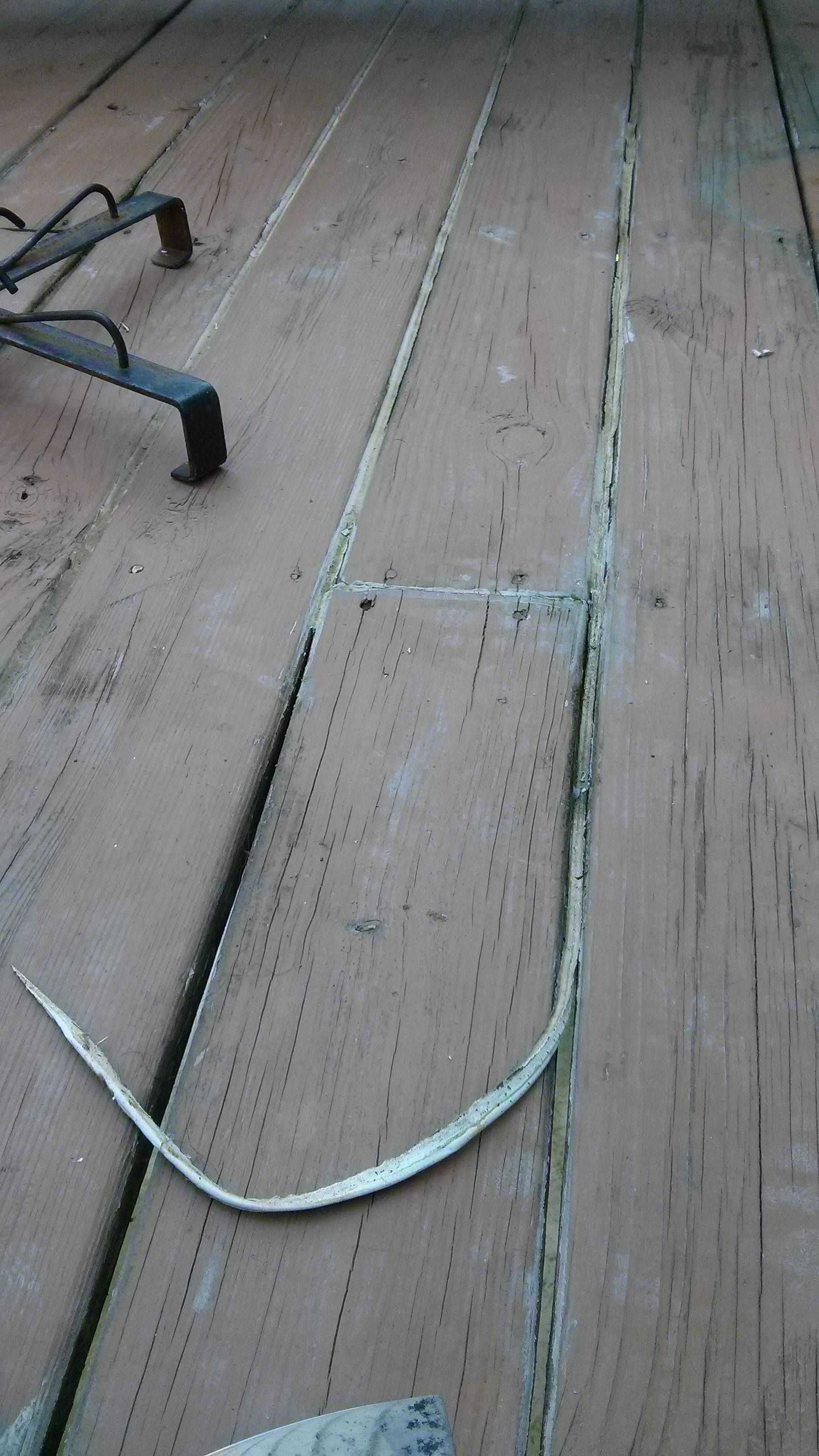 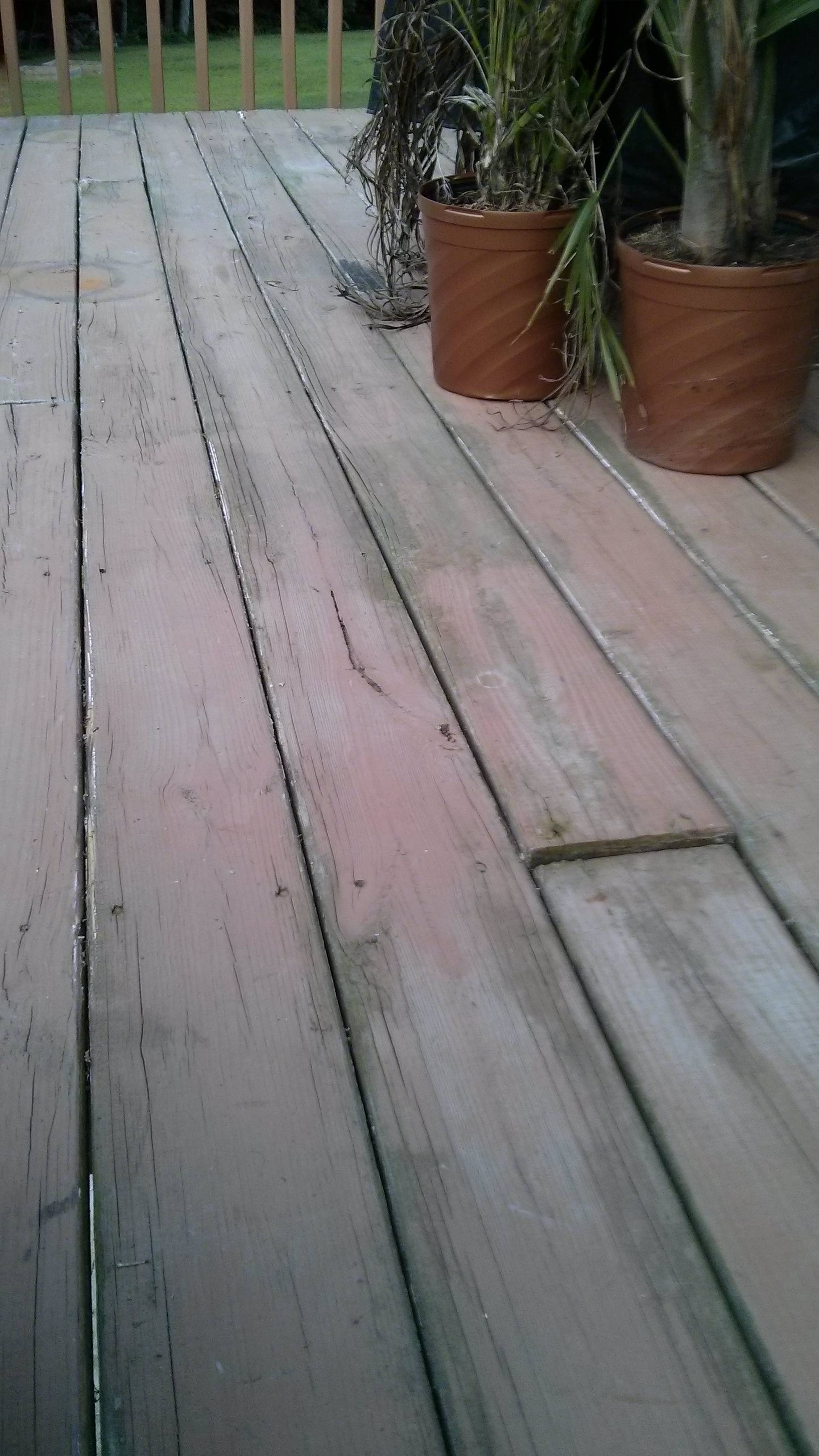 Eight months probably wouldn't be enough time for standing water to have caused much significant damage to the decking, and from the pictures it looks like it is fairly sound. Also, in that the timespan we're talking about was over the winter, it wouldn't have been a whole lot different than normal ice and snow accumulation.

The one thing that you should check is the ledger attachment to the house. If it wasn't properly flashed, this could have been directing more water (than it would have before) down the side of the wall the deck is attached to. If it isn't flashed, you'll need to determine if the ledger was compromised since the deck was built and address that issue.

From a more practical standpoint, if there are planks that need to be replaced, you'll find them when you're doing your surface prep. I would personally remove all of the nails and replace them with quality decking screws - having popped up nail heads on an eight year old deck isn't out of the ordinary. Nails aren't ideally suited for attaching deck planks.

Not the answer you're looking for? Browse other questions tagged repair deck repainting or ask your own question.

5
How do I make a deck glossy?
1
Can I turn a 4 X 4 deck post, eight feet high, into a 6 x 6 post by laminating a 2 X 6 and 2 X 4 to it?
2
Sealing seams between outdoor composite decking
1
How can I protect partially buried deck posts from decay?
0
Can I mix waterbase Behr wall paint with waterbase deck stain/sealer?
7
How can I level and secure retaining wall steps?
1
How can I repair damaged plaster when I come to repaint?
2
Indoor or outdoor paint for wheelchair ramp inside garage?