My basement has the original steel (I think) framed windows in place from 1962, when it was built. I've removed windows in block before, at my previous house, but this one does not seem as clear. As you will see in the pictures, above the window there horizontal metal surface that appears to be attached to the window. It appears to be approximately 4-5" wide, and appears on both sides of the glass. The vertical part of the frame is approximately in the middle. I'm not sure if it truly is a part of the window, or something else, like a beam. It appears to be one piece with the frame

Essentially, my question is two fold. First, does this window somehow provided structural integrity to the block wall? Two, how should I start removing it - simply chip away the mortar on the perimeter?

Note: The window pane tilts in, and was removed for these pictures. Also, there is some white quarter round a previous owner had in place to pinch plexiglass in front of the window, trying to seal it. It's unrelated to the window itself. 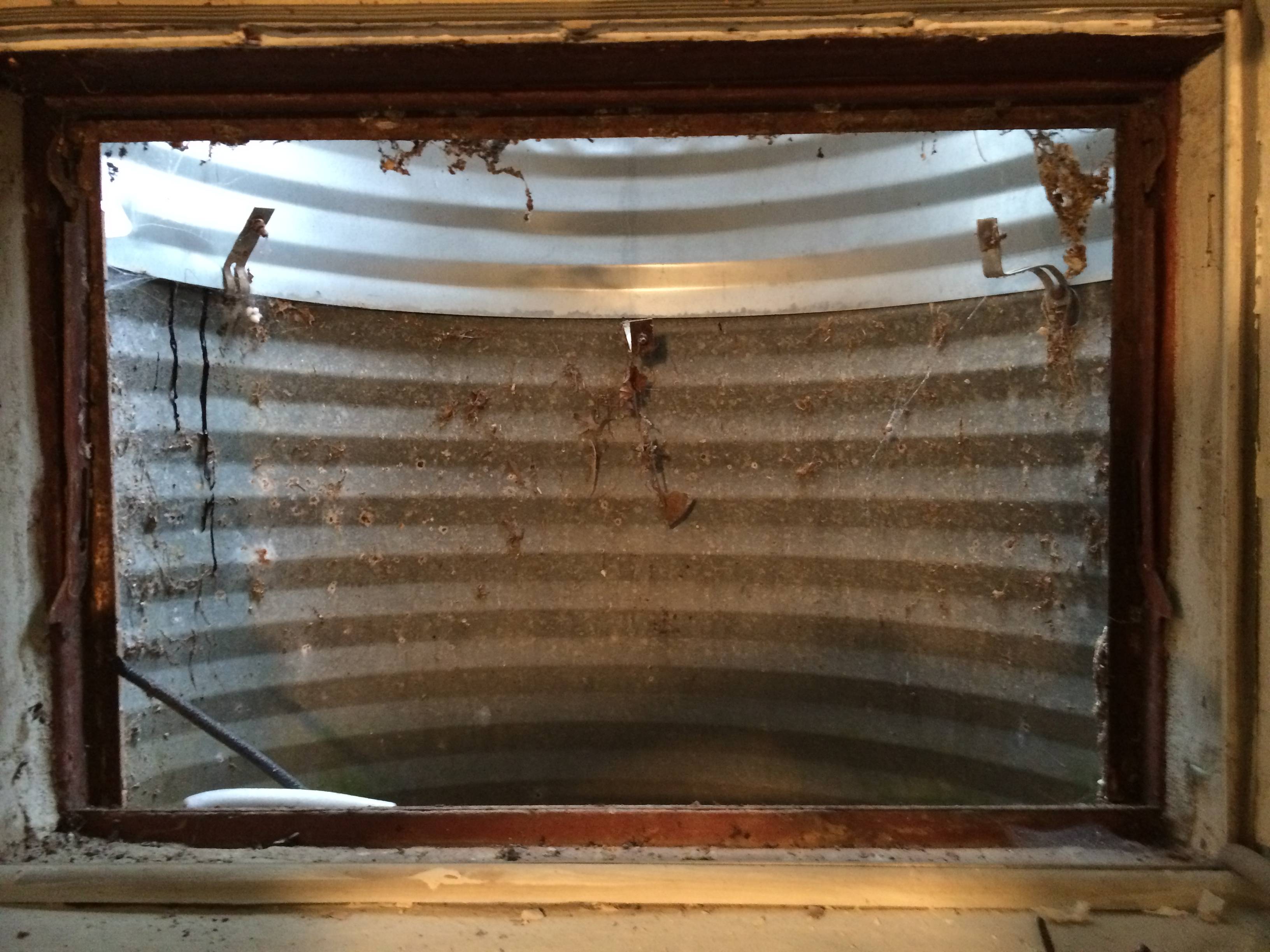 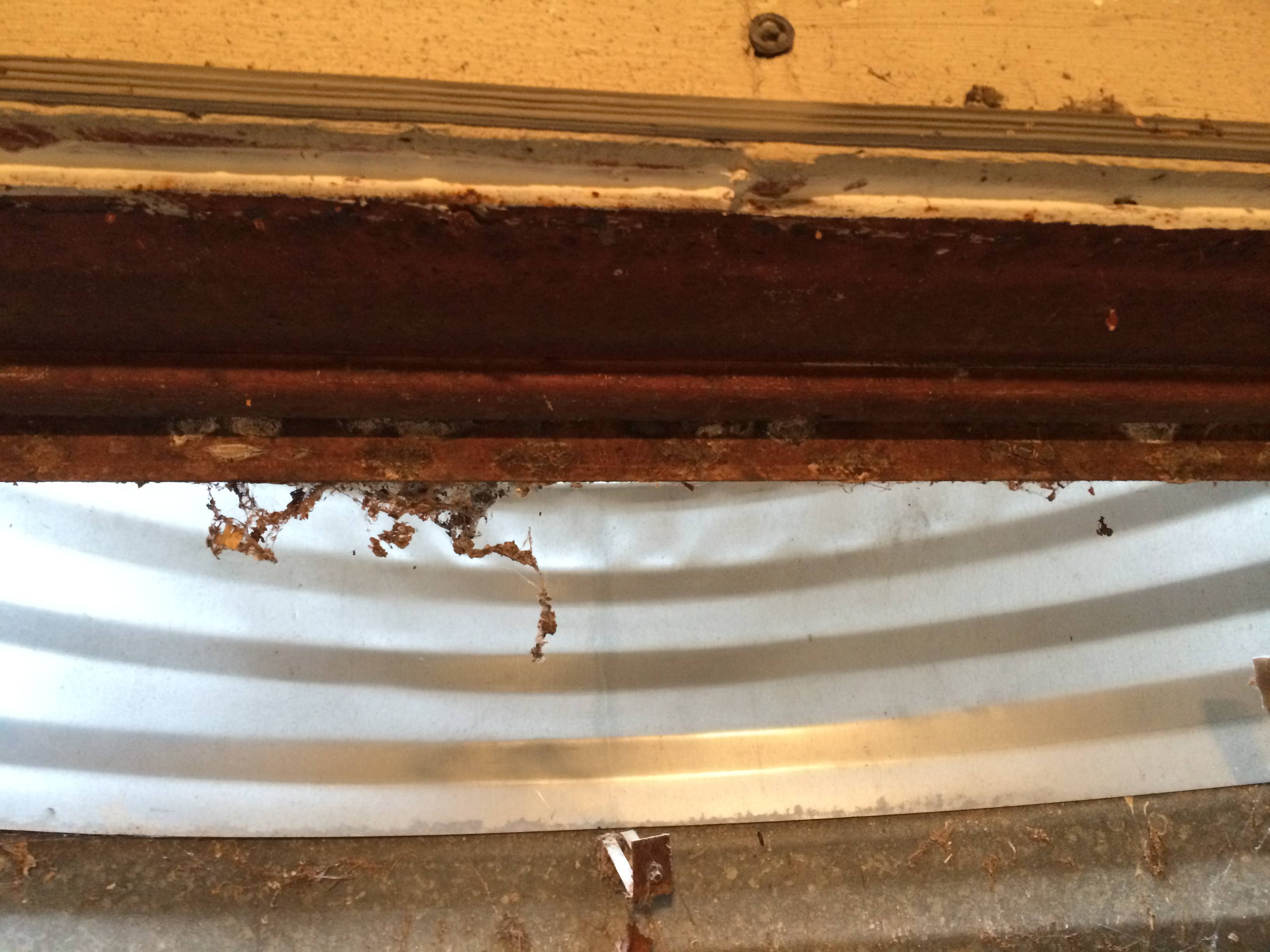 I have removed these before. A cut at the bottom bar, which is not anchored into the sill the way the sides and head is. When cut, the 2 bottom corners can draw in, allowing the flanges on the sides to begin to withdraw from the groove they are mudded into. You may want to nick the upper inside corners to make it easier to bend inwards. They might even snap there for you too. If they only bend in at the bottom, that will still have the lower corners raised above the bottom masonry sill by a few inches. With that the head that is keyed in at the top can be tapped down to release it, one corner at a time.

Not the answer you're looking for? Browse other questions tagged basement windows steel or ask your own question.

1
Gutted a basement and found a window, what should I do?
0
How do I remove/replace these window screens?
0
Fixing window condensation on vinyl windows
5
What code requirements exist for low-sill, upper-floor windows?
1
How do I fix metal clad wood casement windows that won't close?
1
Sound proof window arrangements with double windows
0
What are my options to replace this window?
0
How does this basement window open?