There are bare copper wires in the light box?

I opened the light switches and electrical outlets on the walls before the painting job and found in the metal casing boxes there were two bare copper wires attached on the same screw, they were laid across and touched each other. Will this cause fire? I presume they are ground wires but why do they need to touch? The house is 60 years old. 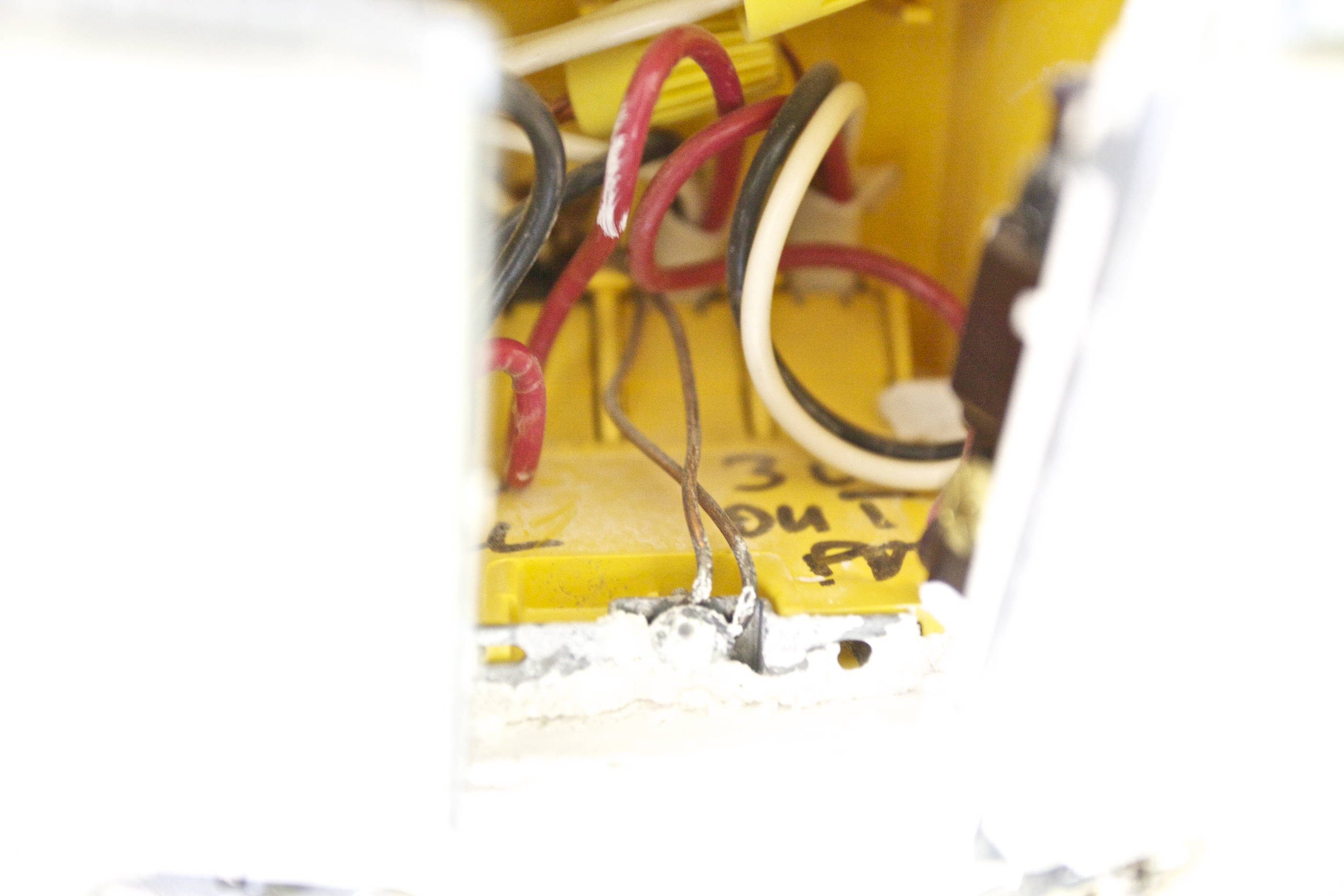 You have at least two non-metallic (NM) cables coming into that box. Each NM cable (and other types) must now have a ground wire. In the US, most of these cables have a bare copper ground wire. Sometimes you will see ground wires with green insulation, and occasionally on fixtures you will see a bare stranded wire with tinned (silver) coating.

At least one of those cables leads back to the main panel box which houses the main ground connection. The goal is to have every fixture and device (including any metal boxes) connected to ground. This is accomplished by attaching the all of the ground wires of the cables and devices at each downstream location together. This is totally correct.

These wires don't normally carry any current. Ground only would carry current if there were a failure of the other wires, and then it would serve as an emergency connection to carry the current literally to the ground rather than letting it shock a person or cause a fire. In most cases, this would trip a circuit breaker.

To be properly connected, most modern switches and fixtures should also have a ground wire. These might be bare or covered in green insulation. They also should be connected to the bare wires from the cable.

While attaching bare wires to screws is acceptable, it is generally not proper to put two wires under one screw. Usually several bare wires are connected with a wire nut or a push-in connector and an extra short wire (called a pigtail) is also bundled in. The pigtail's other end is then put under the screw of a device, switch, or box. An exception is when the wire is actually continuous, and the wire under the screw is really just a loop rather than two separate wires (which may be your case).

They are connected to keep continuity on the protective (AKA ground, earth, etc) part of the circuit. No, it won't cause fire.

(I don't know if it is typical where you are located, but in the UK, it is usual for the bare protective conductors to be covered with plastic sleeving, which is slipped over the exposed copper wire).

1
2 hot wires into light switch and no neutral
2
Adding additional outlet - max wires and box size?
0
Confused by wires coming from ceiling outlet box
1
In an old NYC apartment building built in the 50s. Would wires catch on fire if using a high powered AC?
2
Is voltage on the ground conductor a sign of short circuit?
1
3 sets of wires in outlet box, lights won’t turn off
2
Remove and Cap Light Switch Wires
0
Light switch doesn't turn off lights
1
Melted ground wires together