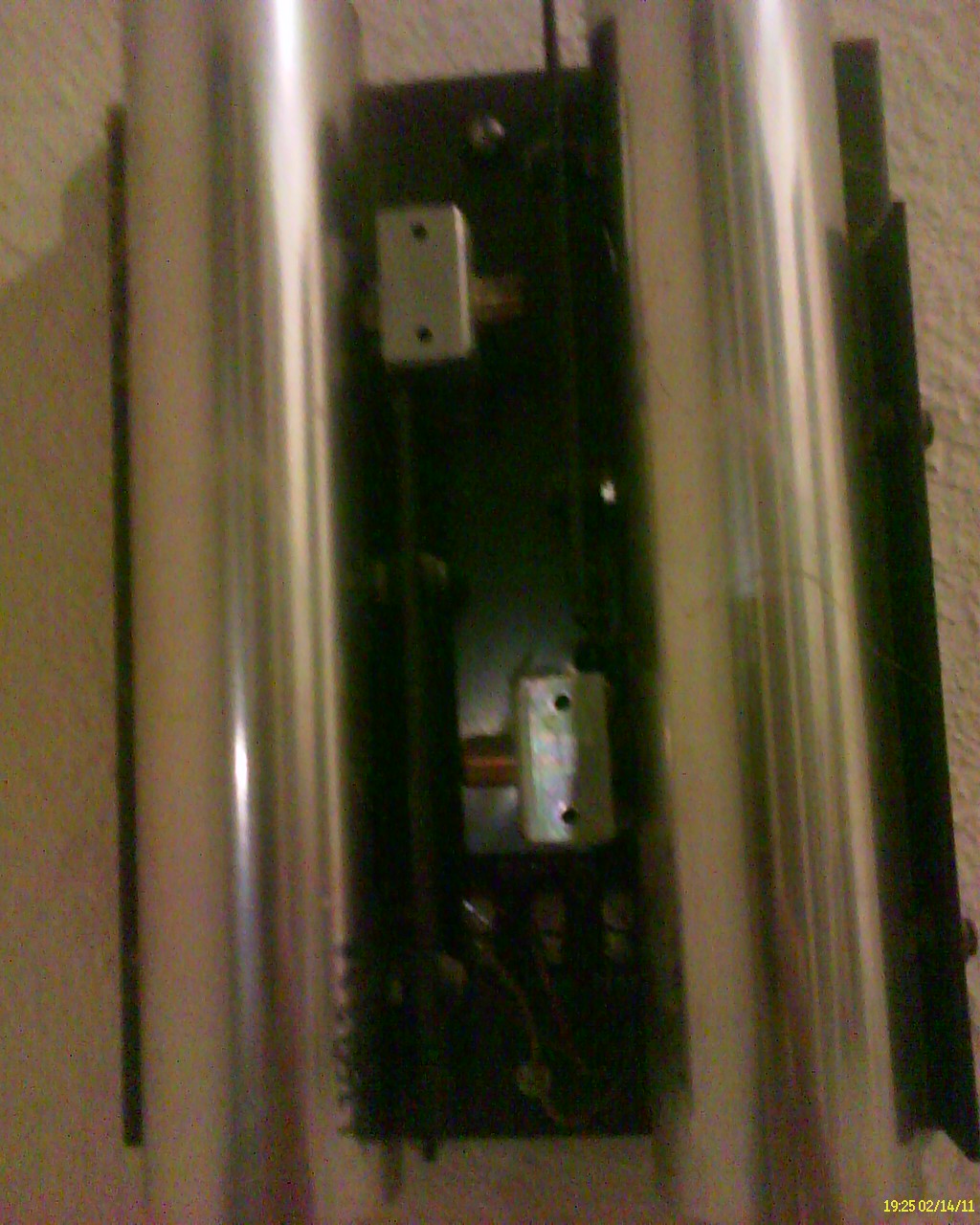 My doorbell ("speaker" portion pictured above) got very soft today. It still chimes, but just barely.

I'm guessing it's battery-operated and the batteries are weak, but how can I tell for certain?

I also assume I need to unscrew the tubes from the "speaker" and change the batteries. Is that correct?

Finally, is it dangerous to unscrew the tubes if this isn't a battery-operated doorbell (ie, risk of electrocution?).

Seeing screws with wires attached to them is a good sign the doorbell is hardwired (not battery operated), in a battery operated fixture the wires would be soldered to a circuit board.

If you live in the U.S. you are probably dealing with 12 to 24v at the chime, though the power should still be shut off at the main panel before you start working.

Here is a good guide to troubleshooting a doorbell.

Most doorbells aren't battery operated -- if you take the cover off, and there aren't blatent batteries to be replaced right there, then stop, as it's hard wired, and you're playing with mains line power (110 to 240V, depending on your location).

Occassionally, the button will be battery powered, but if that had died, then the chime shouldn't have sounded at all.

The picture's a little bit strange, but it looks to me as if there's two metal chimes on either side of the electronics box -- try tapping them, and make sure they chime well, and they're not being dampened by something. If they're not, it might be something wrong with the device that strikes them, which is usually driven by an electromagnet. Before you mess with that, I'd shut off the power, but I don't know enough about what could go wrong in those to know what to look for to fix. (a loose connection? I have no idea)

Just don't go rooting about in it without shutting the power off first unless it's obviously battery powered.

0
Why is my doorbell button very hot?
0
Doorbell transformer 16v, but only seeing ~7.5V at doorbell itself