What could be causing my A/C not to come on?

If the system run normally when the thermostat is calling for heat, and when the fan control is switched to the ON position. Then the first thing I'd look at, is the contactor in the condensing unit.

WARNING: If you're not comfortable opening the condensing unit, and/or working with electrical devices. PLEASE contact a licensed and insured HVAC technician.

Typically the coil should measure between 9-12 ohms, though this may vary by manufacturer. You may want to contact the condensing unit dealer, or the contactor manufacturer for model specific values.

If the value is higher than 12 ohms, it's likely that the coil will not be able to pull the contactor closed. Which means the condensing unit will never turn on.

If there's infinite resistance across the coil, the coil is completely broken. Again, this will never pull the contactor closed.

If a low resistance is measured, it's likely there's a short in the coil. This will typically result in burnt out transformers, and/or blown fuses.

Looking at the documentation for the unit, there seems to be a relay on the board that controls the fan speed selection. The heat speed is connected to the normally open contact, while the cool speed is connected to the normally closed contact. When the thermostat calls for heat, the relay is pulled, and the heat fan speed is used. If the thermostat is not calling for heat, the fan will run at the cool speed. Though the documentation states that the fan will run at heat speed unless in cooling mode, it doesn't appear that way in the wiring diagram.

The furnace doesn't do much when the thermostat calls for fan or cool, other than turning on the blower. So there shouldn't be many places for a short to be.

The other thing you could try, is to run the blower at a different speed when in cooling mode. You'll not want to run the system this way for long, since it may not push enough air through the system and could cause the evaporator to freeze. This will tell you if the high speed tap on the blower motor is bad, though I'm not sure why a fault on the line voltage side would cause the low voltage fuse to pop.

This should run the blower at medium-high speed, when the system calls for cool. If the system works in this configuration, it means the high speed tap on the motor is shot and the motor likely needs to be replaced. Again, I'm not sure why this would blow a fuse on the low voltage side, so I'm not convinced this is the problem. It's just another thing to try.

Without actually getting my hands on the system and poking around, there's not much else that can be done from afar. Aside from saying, go through the entire system and check all switches and relays for shorts.

For reference, this is the wiring diagram I'm working from (which may or may not be correct, but it appears to be the documentation for your unit based on the model number you gave). 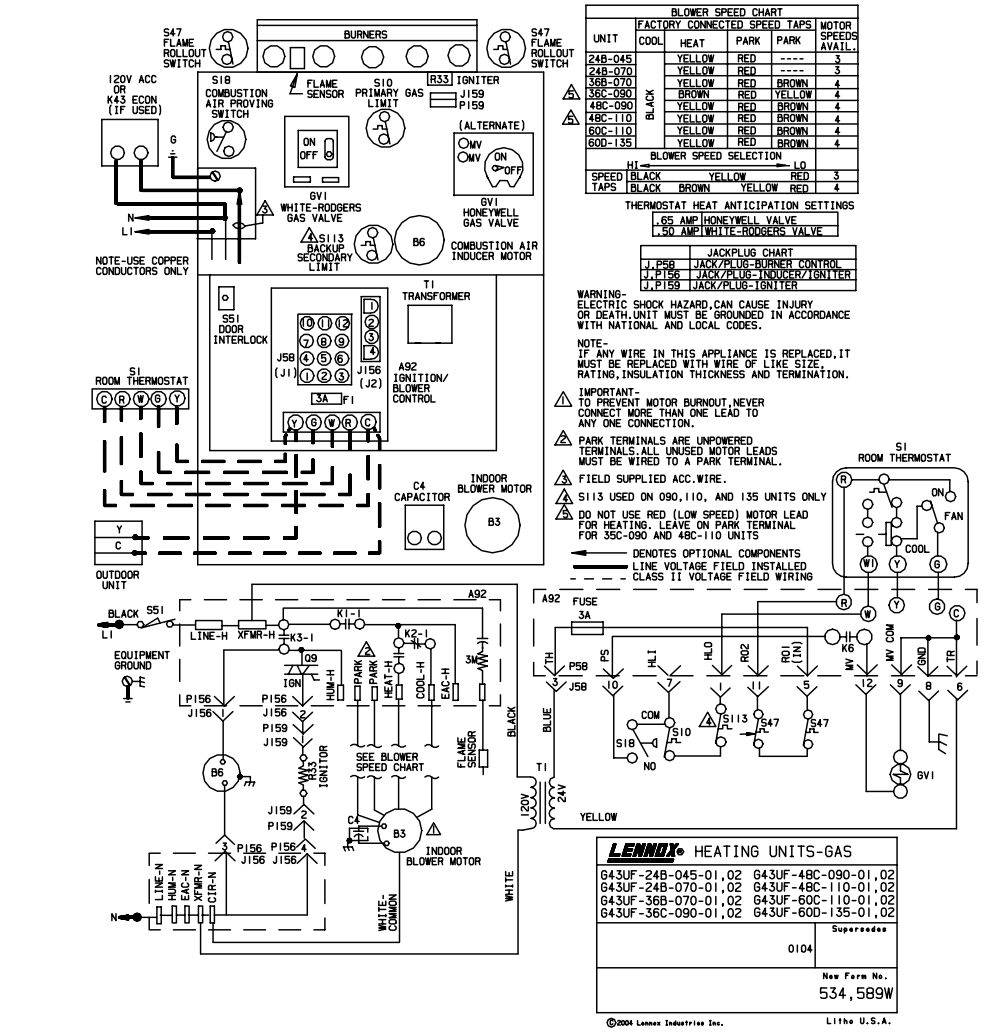 1
How can I figure out why the low voltage furnace fuse blows on heat but not cool?
1
Troubleshoot AC issue, no inside blower
0
Furnace Fuse Blows Immediately
0
Goodman GMH95 furnace won't ignite
2
Condenser fan motor overheats and then shuts off
0
Condenser is always running
3
How to investigate a problem with blown 50 amp HVAC fuse without power?