We have a sliding wooden patio door that keeps getting harder and harder to close. I notice every now and then that when I do close it wood shavings fall from the top, and I can tell where they're getting shaved off in the door frame.

What can I do about this? Do I just need to manually shave the door frame a bit? It's kind of an older door so I'm not really sure what kind of maintenance I can do. 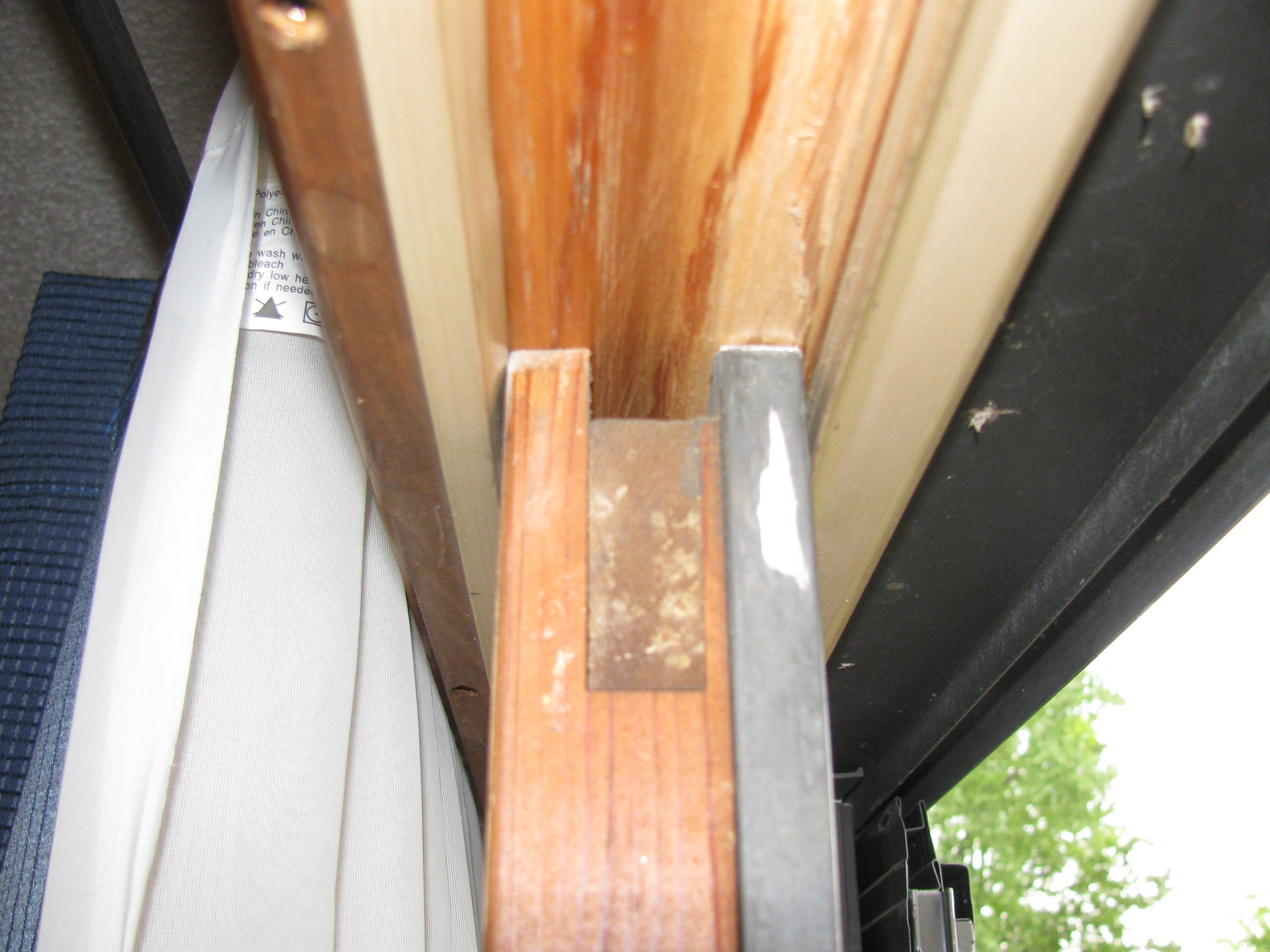 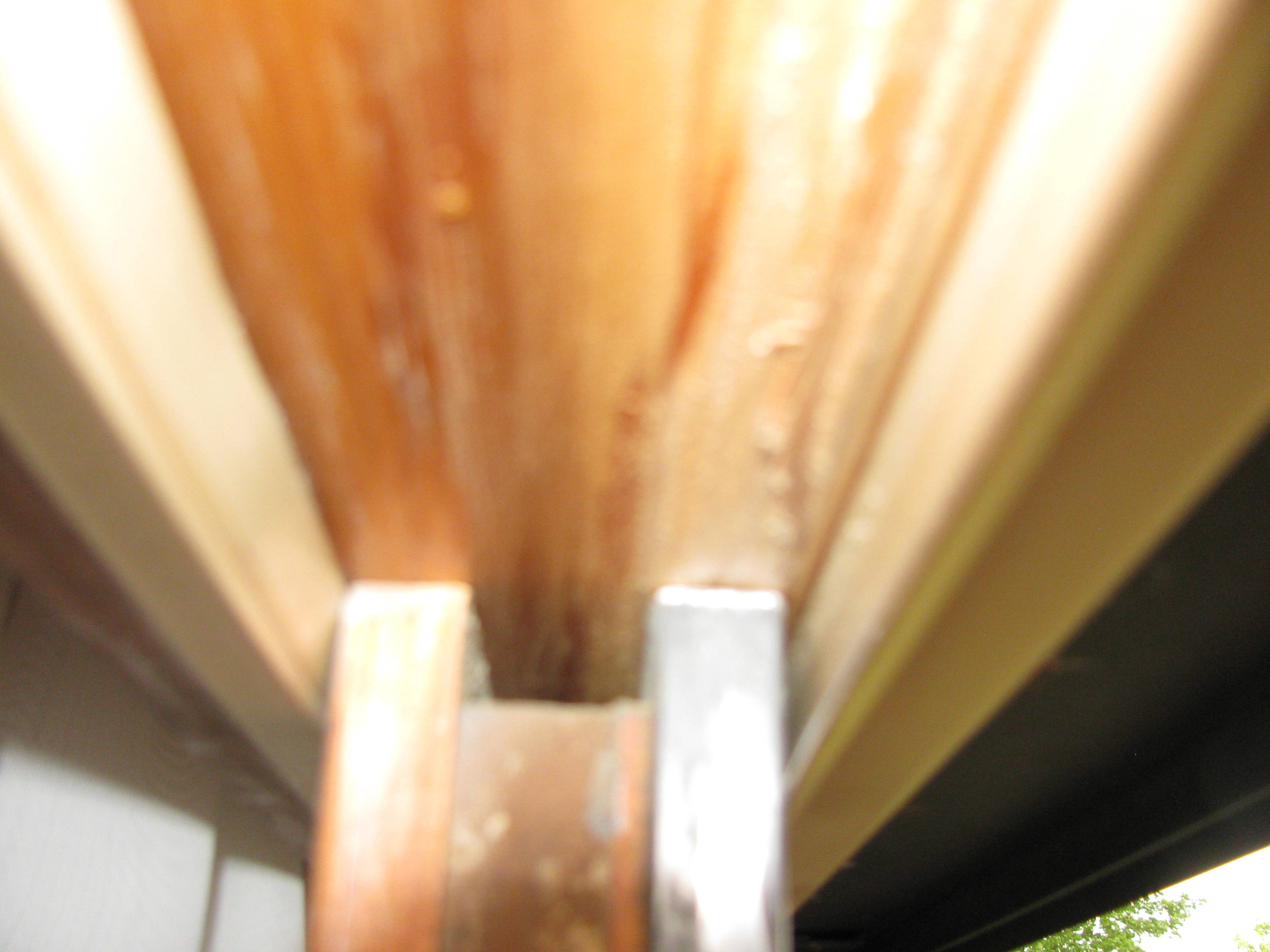 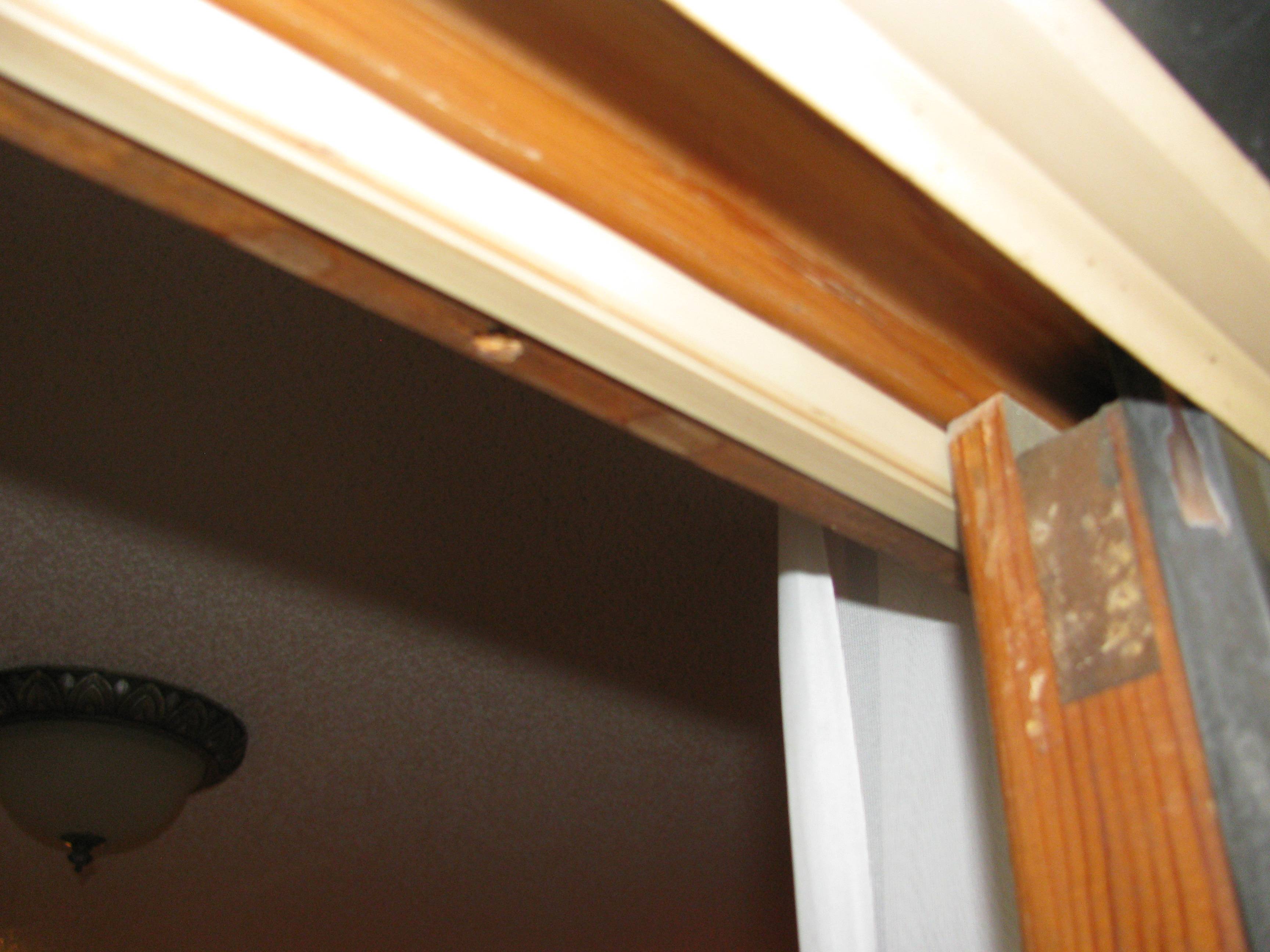 If the door panel, the moving part, is not clad (covered with metal) on the outside, the easiest way to remedy the problem is to plane about an 1/8" off the door itself. The weather-stripping is part of the jamb so it will not be affected. The interior side of the track will have a few screws holding it place. I see one screw hole in the picture, looks like it is missing the screw. Remove the rest, that piece should come out, and the door panel with it. If there is a place in the jamb where the door is loose compared to the other places, move the door to there to get the top to tip out, it will be heavy...

As a note I would draw some concern why the head is dropping, unless the bottom sill that the door rides on is rising. Either will cause the same problem. Swelling wood from leaks in the siding or flashing or other things that happen over time.

If the sill is raised up, check to confirm with a real true, stable, straight edge. If it is riding up in the middle, that is bad, usually there are no ways to send a sill down, usually they are set in sealant, and gravity does the rest. Very few have screws set to them, it is a leak potential.

11
How do I lubricate plastic rollers for sliding closet doors?
7
Selecting a sliding patio door
0
Odd sized exterior door options
1
Is it ok to install a patio door tightly in the rough opening?
1
Indoor sliding doors getting harder to open/close
0
How to make an internal hinged door harder to open
0
How can I confirm that an exterior door is hollow core or solid core? And prove it to a skeptical father?
4
Installing a sliding patio door…why does the entire frame have to be square, level and plumb?