Kenmore Dryer gets warm but not enough to dry clothes

My Kenmore dryer heats up a certain extent but not enough to dry the clothes in the cycle.

A dryer works by forcing air past a heating element, through the drum where the clothes are, and out a vent. If there are any restrictions in the air flow, not enough hot air will move through the system.

Let's take this dryer for example 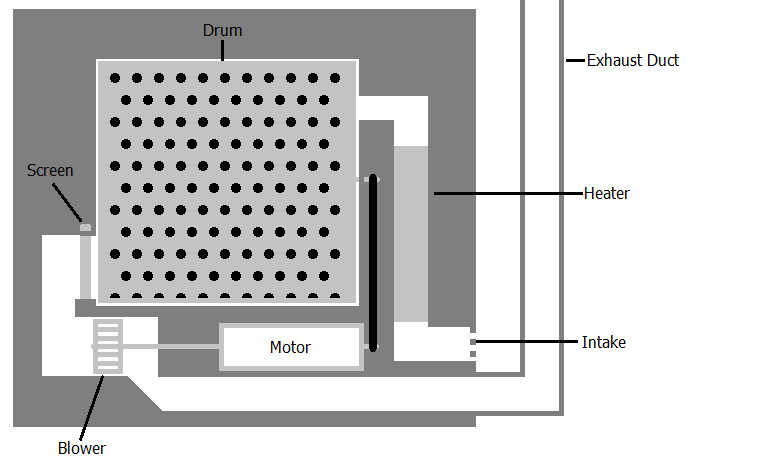 The motor rotates the drum, which tumbles the cloths. It also spins the blower, which draws air in through the intake, through a heater (which could be gas, electric, etc.), through the clothes filled drum, past the lint screen, and eventually out the exhaust. 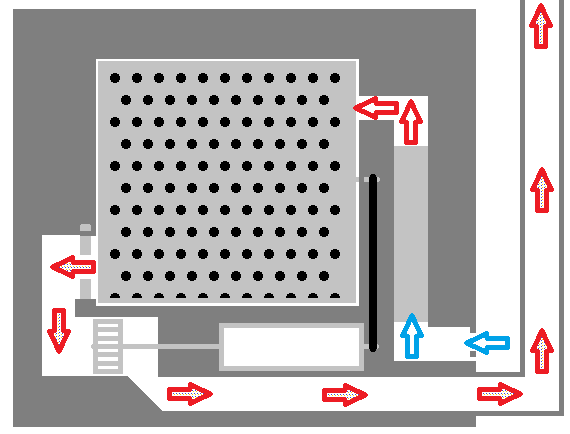 Notice after the air leaves the drum, it takes moisture and lint with it. Some of the lint is caught by the lint screen, but not all of it. Over time, lint can build up inside the dryer beyond the screen. If this lint is not cleared out, and is allowed to accumulate. The air flow through the entire system will be restricted. Which means less hot air will move through the drum, and your clothes will not dry. 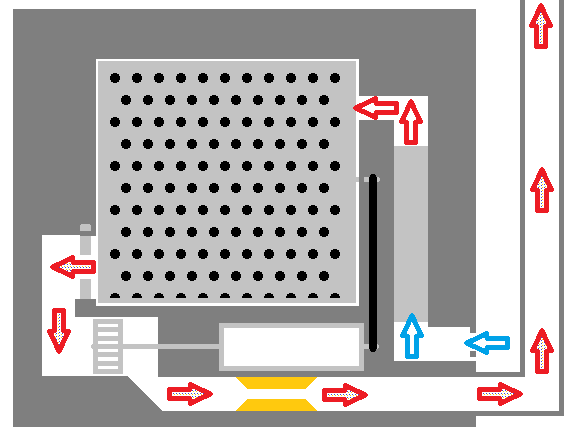 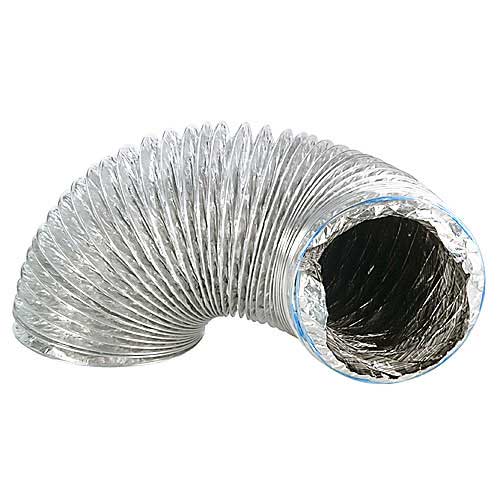 This stuff doesn't have a smooth interior wall, which can often lead to lint accumulating in the pipe. This also leads to a restriction of air flow through the system, and again reduced drying. 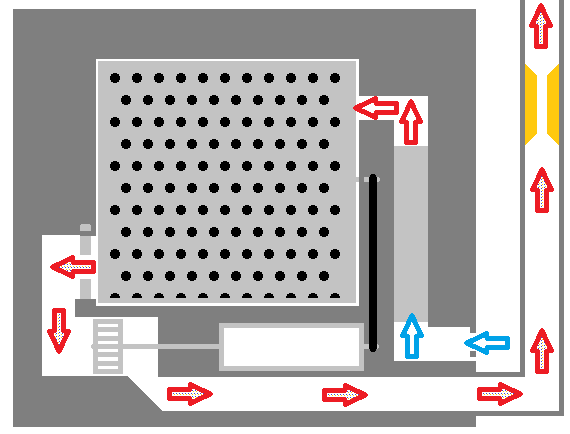 Often times this flexible tubing is plastic, which is even worse since it's flammable. If for some reason the lint in the tube ignites, the tube itself will burn as well rather than containing the fire.

The easiest ways to insure proper drying are:

9
Why is my dryer taking longer to dry clothes?
0
How do I troubleshoot my Kenmore dryer that doesn't heat up?
5
Why does it take my dryer 3 hours to dry a load of clothes?
1
Clothes Dryer will not heat up
3
What could have caused the burnt electronics smell in my Kenmore washer and dryer?
0
Kenmore Dryer Won't Heat
1
interior of dryer is scratching clothes
0
How to tell if clothes dryer temperature control is working?
3
Whirlpool electric dryer works on 120 but not 240