How many “zones” should my underfloor heating system have?

We're putting underfloor heating in our new apartment. On top will be a wooden floor for most of the apartment, stone/tiles in bathrooms and probably also in part of kitchen.

The constructor said that three zones would be enough:

Is this a fair and sufficient distribution of zones? 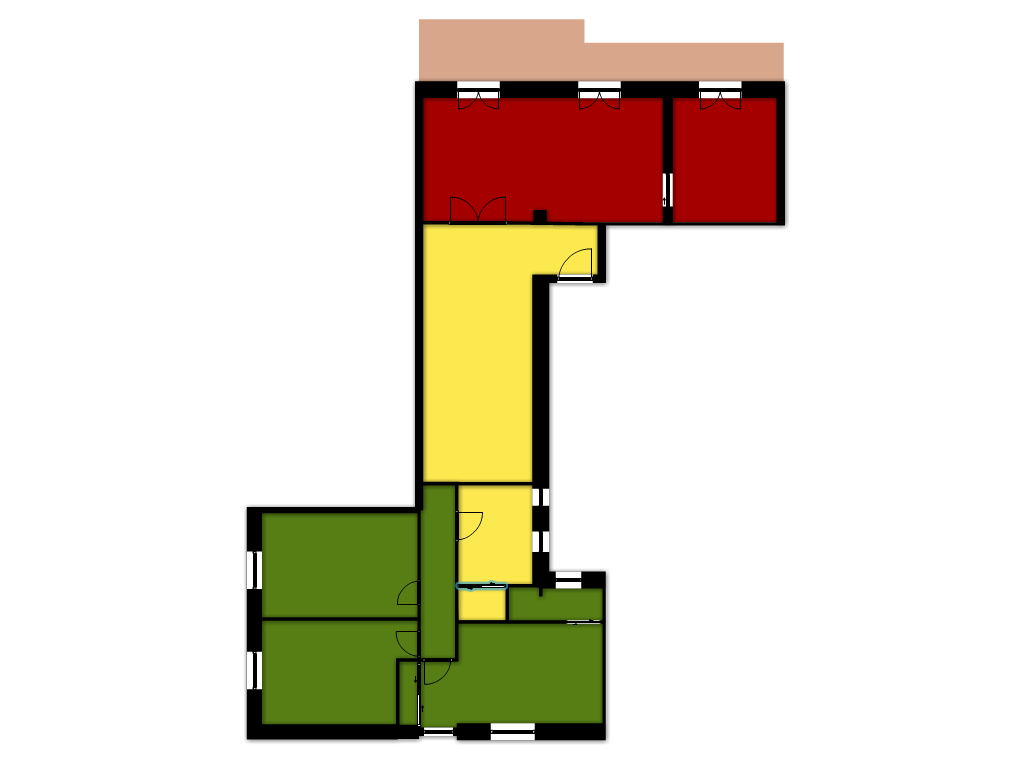 Usually 3 zones is plenty for a single story structure of this size. In this case I think your contractor has given you good advice. The distribution is to like living areas which is good. Obviously, more zones allow more flexibility and control, but the costs of equipment and labor rise as more zones are added.

Check that you will have a way (manual or automatic) to balance the heat output that goes into each room in a single zone, otherwise you may get some rooms overheating and other being colder depending on the number of outside walls etc. This can be as simple as a valve on the freed to each room, ideally combined with a thermostatic value in each room.

Independently actively controlled zones with their own timers and thermostats are only of value to the extent that you will control them, also the common advice for well insulated (new) homes is that you don’t save much by only heating some rooms. E.g being able to turn off the living areas when you go to bed makes sense, so think about the groups of rooms you may wish to have to their own timer settings. However I don’t think many people will wish to time the entrance hall different from the kitchen.

Rooms that have more heat loss (big windows or outside walls) will need more heat than others. There is a case for putting such rooms on one circuit and more insulated rooms on another circuit.

There is also a case for putting bedrooms on seperate circuits as people sleep better in cooler rooms (usually).

There is also a case for putting bathrooms on seperate circuits as people often like more heat in the bathroom and these want to be hotter (by a degree or two).

Any areas that are mostly open plan, or the doors are mostly left open - don't split them up as the thermostats just fight each other and one room goes cold whilst the other's warm air rushes in.....

Not the answer you're looking for? Browse other questions tagged heating flooring or ask your own question.