We're going to install a new linen closet off the hallway next to our recently(ish) remodeled bathroom. The wall in question is load bearing.

I know how to properly build out the King and Jack studs, and if this weren't load bearing I'd just put in cripple studs, but since this is load bearing I figure on installing sistered 2x? over the doorway resting on doubled up jack studs. The only question I have is - 2 by WHAT?

It's a 30" door if I recall correctly (it's reclaimed from another part of the house and I haven't measured it lately) so I'm thinking sistered 2x12's will be MORE than sufficient. 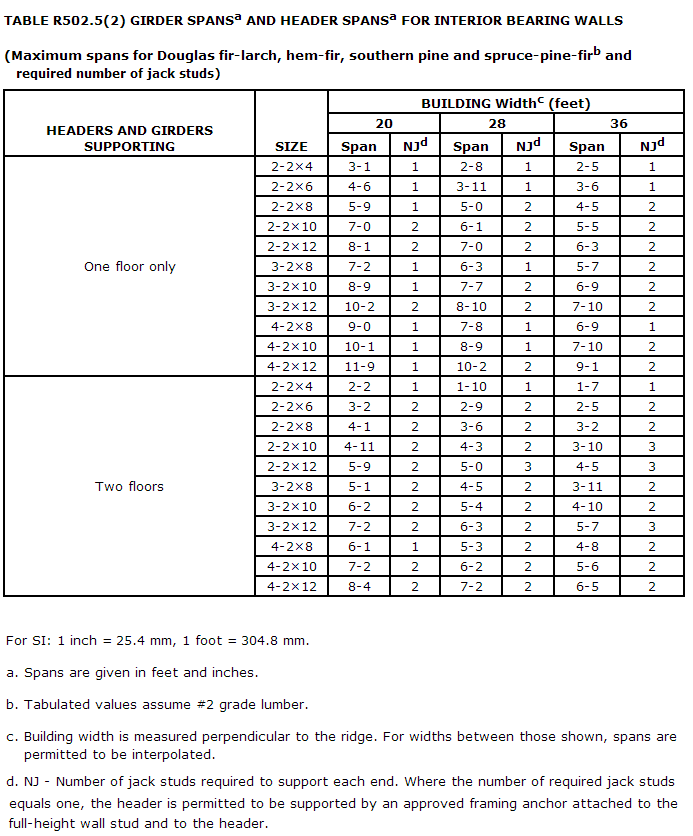 Older buildings are 2X4 up and downstairs. Codes have changed, so remodeling will be a hassle if the permit inspectors don't know the history. Remodeling a 1950's house in ca, the planning guy was really helpful and gave me the strength for an open attic! I was told it was The actual strength or the amount of "wood". AKA: 2 x 4 is 1 1/2 x 3 1/2 = 5.25 sq in. A 2X6 = 8.25si So you'd need 2 2x4's to replace a 2x6. A simple call to a decent Planning Dept would answer that question. 1) Over-building always gives you a good impression with the inspectors. 2) Asking the Inspector first gives them the added impression you're trying to do things right!

Not the answer you're looking for? Browse other questions tagged walls framing load-bearing or ask your own question.