Can I install an additional breaker bus bar on my main breaker panel?

I'm adding several new circuits to my main electrical panel as part of a kitchen remodel. The panel with accommodate the new circuit breakers, but it does not appear to have enough neutral and ground terminals.

Once complete, my panel will have 17 circuit breakers, but only has 23 total screw terminals for grounds and neutrals. I believe this is because it is a older panel, from a time when each circuit was not required to be grounded.

Short of replacing the whole panel (which is not within my budget), what are my options for getting all the neutrals and grounds connected properly?

I've read that two or more neutral wires should never share the screw terminal, but grounds can if the panel is designed for it. This isn't really an option for me though, since the 17 neutrals would leave only 6 screw terminals left to connect up all 17 grounds. Even if I used wire nuts to combine multiple grounds together before going to the terminals, this still seems excessive. At the very least it would be pretty messy.

Can I install an additional ground bus bar? I've seen these at Home Depot from the same manufacturer of the breaker box (SquareD). I'm thinking I could drill and tap some new holes in the side of the panel housing and then screw a 20 terminal bus bar on. Then maybe run some 10 gauge wire between it and the main bus bar just for good measure (but it should be grounded fine just from being attached to the panel housing). All the grounds would then go to this new bar, and all the neutrals to the main bar. Electrically this seems like the best option, but would it pass inspection?

A picture of my breaker box is below. Ignore the neutral and ground in the same terminal on the left. I've since fixed that. The empty breakers are where the new kitchen circuits will attach. 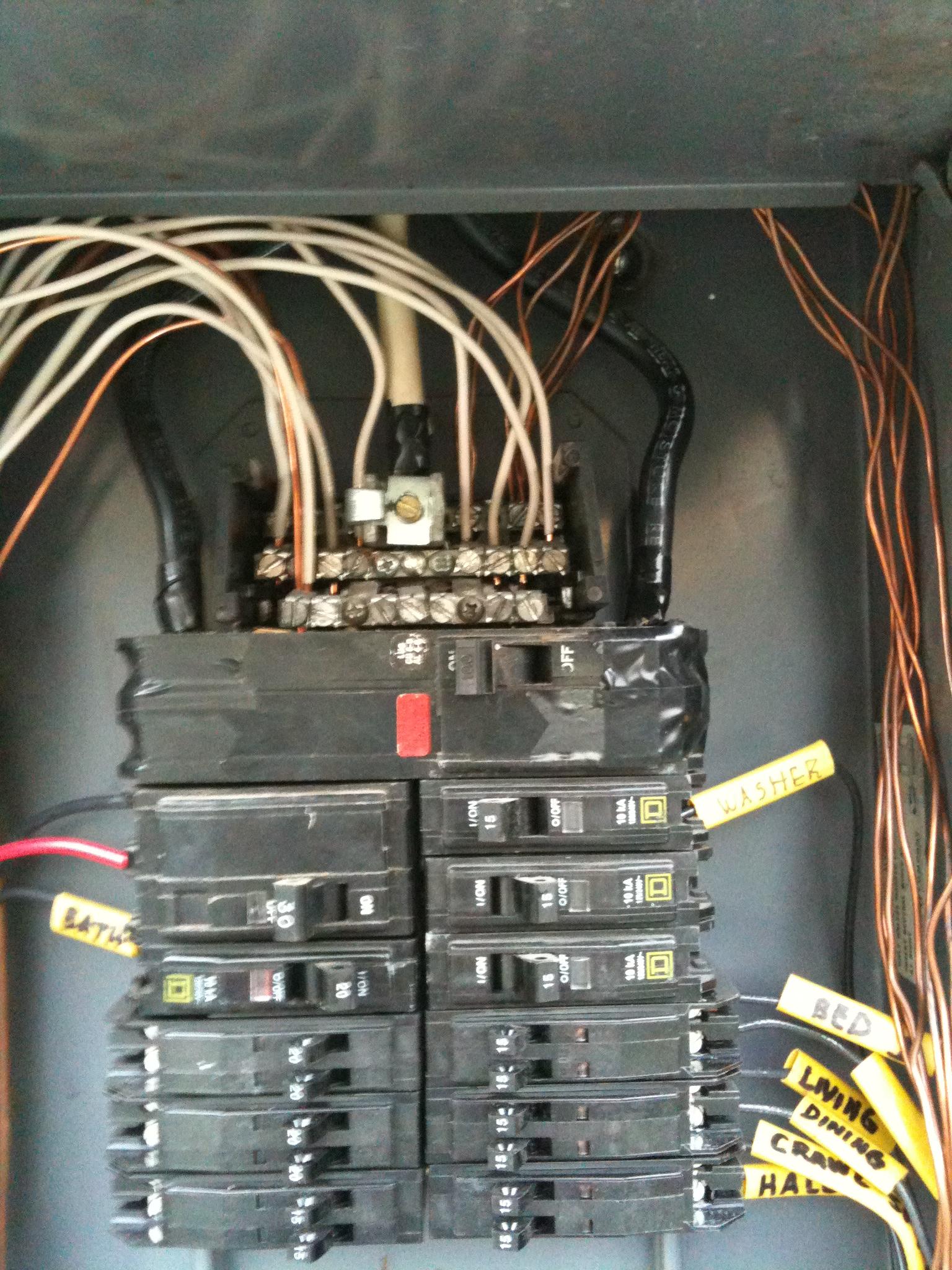 The panel you have pictured is a grounded panel but originally designed for just 12 branch circuits. There would be no problem if you added an extra ground buss as long as it is screwed securely to the metal box and bonded to earth ground with a piece of 10 or 8 AWG. Knowing you want to add kitchen circuits, looks like you have plenty of capacity. Minimum of two 20 amp convenience receptacle circuits (GFIC), one for the fridge, one for the dishwasher, and one for lighting. Looks good to me. I'd pass it on my inspection.

It looks like you have 100A * 240V service, and about 160A * 240V of circuits. That doesn't necessarily mean you're overloading anything, since you don't actually run all circuits at full load all the time. Consider calculating your anticipated loads.

I can't tell what gauge wires are supplying your service. If they are only big enough for 100A, and you decide to replace your breaker panel with a 200A panel, you have the additional cost of upgrading those wires.

Not the answer you're looking for? Browse other questions tagged electrical circuit-breaker breaker-box or ask your own question.