I have a broken Rainbird APAS-100 valve, how can I fix it?

I have a Rainbird APAS-100 which has stopped consistently opening when powered.

I've isolated the problem to something in the "AVA-1 Actuator & Piston Assembly" - Rainbird part 145235. However, trying to locate the replacement part (or an entire replacement valve to harvest parts from) has been fruitless; the APAS-100 and APAS-075 have been long-since discontinued and I cannot find any source of parts. 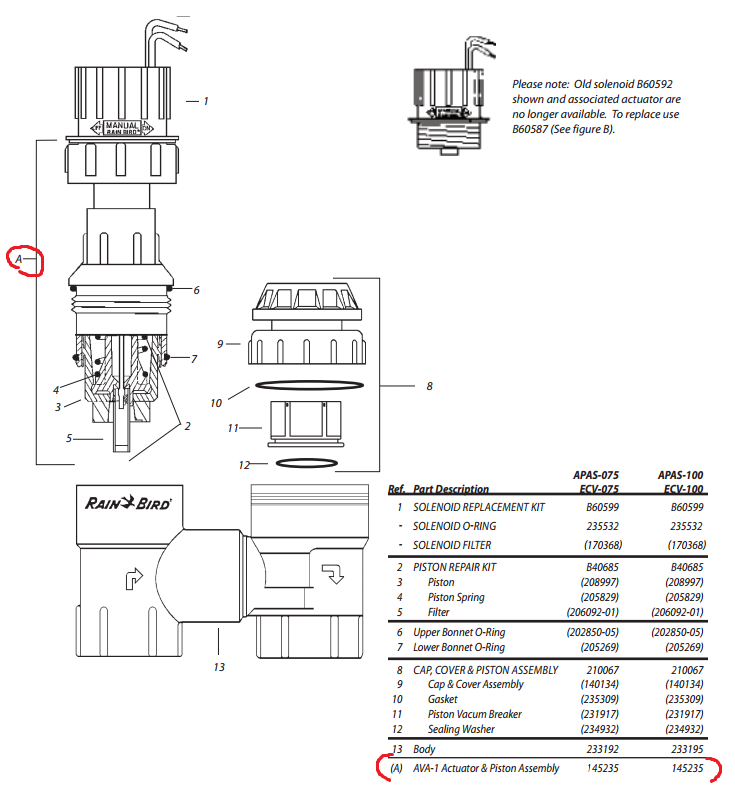 What can I do to get a working valve in place without the headache replacing the entire valve assembly?

sprinkler-system irrigation
Share
Improve this question
asked May 10 '14 at 19:07

Champion Irrigation makes a valve called the PCL-100 which is compatible with the body from the APAS-100 (and a PCL-075 which ought to fit the body of the APAS-075), which are available as of this writing.

The specific part that I got is the PCL-100-C (not sure what the C means and if the B model works in the same way).

The valve fit perfectly onto the APAS-100's body (though the wires from the solenoid were a bit of a tight fit when installing, I had to take some parts off the neighboring valve to get it screwed on). In initial testing, it seems to function just fine on the APAS-100's body. 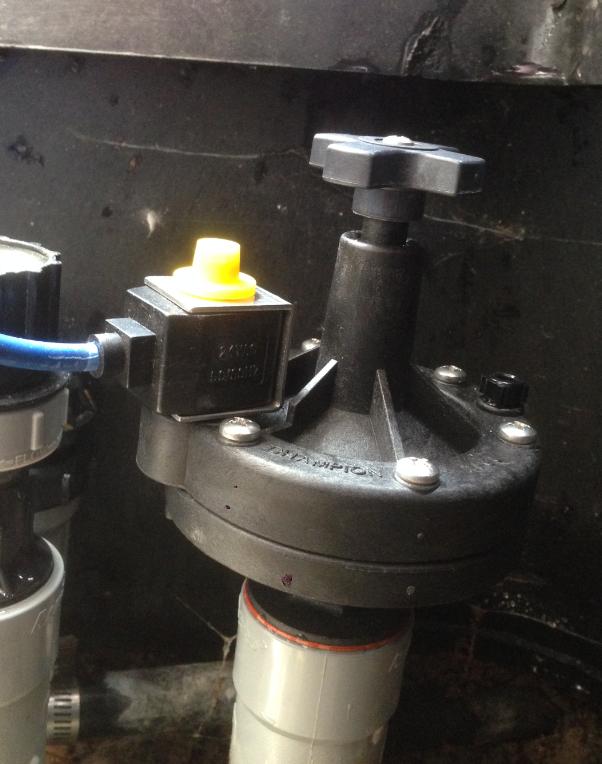 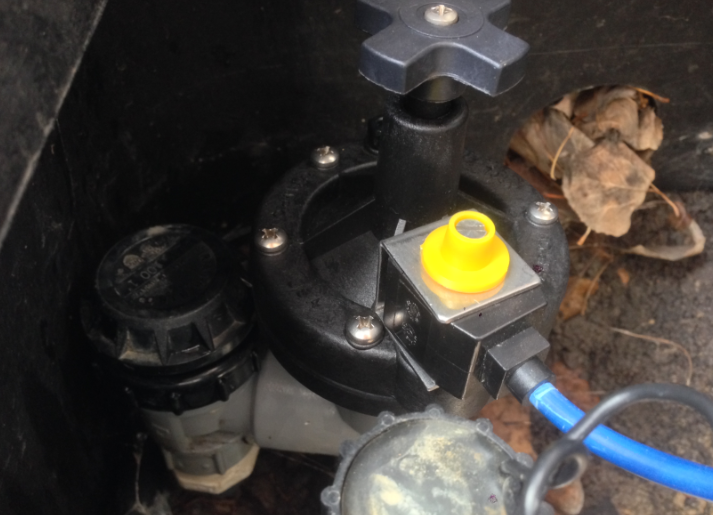 I realize this is a really old thread, but it helped me find a solution to my similar problem and so I thought I'd add my 2 cents worth in case it helps somebody else.

I too had an old Rain Bird automatic sprinkler control valve (1 inch) where the valve itself had started leaking. I searched locally for either a 311A Irritrol or Champion PCL-100-C to replace the valve actuator with, but as earlier posters stated you can't find those at the typical Home Depot / Lowes type stores.

Although I prefer Rain Bird over Orbit, I took a chance and purchased the Orbit Model #57624 / 1 inch sprinkler control valve. While the distance between the inlet and outlet pipes on the Orbit valve isn't a perfect fit to the Rain Bird being replaced, the difference was only about 1/8 inch and I was able to flex the pipes enough to fit the Orbit on without doing any extra cutting or splicing.

If you need a 3/4 inch valve instead, orbit has a Model #57623 which is also a closer fit than the newer Rain Bird replacement. I really don't understand why Rain Bird would make a replacement valve with different dimensions, but they did and now I have a hybrid system with Orbit valves and Rain Bird sprinklers. But at least I didn't have to rework the pipes any.

I did a search earlier today for the same Rainbird valve and found your post. I went to my local Orchard Supply and they had a valve that looked similar to the champion valve mentioned. It's an Orbit brand and model #57030. The only difference is that the Orbit is a brass body that will need to thread in to the plastic. I just installed it and it works perfectly. However, I don't know if using the brass body in the plastic housing is a good thing or not. Time will tell. The instructions were really easy to follow for adjusting the flow. The only thing I noticed is that I had to have the manual valve turned all the way closed for me to even be able to start threading the new Orbit valve in.

I hope someone finds this information useful.

Research from http://www.sprinklerwarehouse.com/Rain-Bird-APAS-075-3-4-in-Anti-Siphon-Valve-p/apas-075.htm suggests that there exist three possible replacement parts for the actuator assembly.

Rain Bird stopped making the APAS series in 2008 with no replacement part assembly. And the widths between the inflow and outflow pipes are different on the ostensible replacements, making up conversion to the modern series of valves difficult.

Here are the only two modern parts that the link recommends as drop in actuator replacements:

Make sure to check whether you will need the 3/4" or the 1" connectors before buying.

In the long term, you will probably do better to cut out the whole valve assembly and replace it all with a new DAS/ASVF-075 unit. This will require cutting and gluing new pipe.

I found this all out the hard way. Good luck.

Not the answer you're looking for? Browse other questions tagged sprinkler-system irrigation or ask your own question.